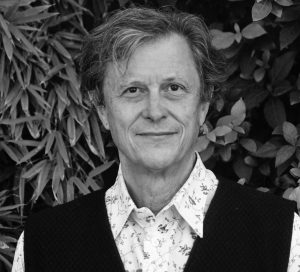 Yves Cabannes is an urban planner and Emeritus Professor of Development Planning since 2015, Chair of Development Planning (2006 – 2015) at Bartlett Development Planning Unit (DPU), University College London. He was previously lecturer in Urban Planning at Harvard University Graduate School of Design and the regional Coordinator of the UN-Habitat/UNDP Urban Management Program for Latin America and the Caribbean and worked for many years with local governments, NGOs and social movements in various countries. He was awarded the United Nations Best Practices Award in 1996, along with other partners’ institutions for their long-standing work on low-income housing and income generation in Fortaleza Metropolitan Region in Northeast Brazil.

He has worked since the late 70s as a researcher, practitioner and teacher in municipal public policies, low-income housing, urban agriculture & food sovereignty, collective and communal forms of land tenure, local currencies, participatory planning, participatory budgeting, community-based micro-credit systems and appropriate technologies for local development and has published extensively on these issues. He is an advocate on development and housing rights issues and was the convener for the UN Advisory Group on Forced Evictions (2004 – 2010) and the senior advisor to the Municipality of Porto Alegre, Brazil, for the international network on participatory budgeting.

He has authored and co-authored a number of books and publications, including Greening cities through Participatory Budgeting: Answers to climate change from Lisbon, Portugal and Molina de Segura, Spain, Lisbon; Contributions of Participatory Budgeting to climate change adaptation and mitigation. Current local practices around the world & lessons from the field; Presupuestos Participativos: aportes y límites para radicalizar la democracia; and Climate change land and housing induced evictions. Another round of accumulation through dispossession?