Within the first three months of the COVID-19 pandemic, approximately 220 people who were formerly rough sleeping were accommodated in hotels in Brighton, with access to health support, daily welfare and symptom checking, food deliveries and rapid access to a substance misuse service. Find out about the full emergency response from Brighton and other campaign cities in our latest report: Responding to the COVID-19 Pandemic.

What has happened so far? When the campaign in Brighton started, more than 1,000 people were sleeping on the streets every year. The local vision was to work together to make sure no-one experiences street homelessness in Brighton and Hove by 2020.

They held their first Connections Week in November 2017, surveying 125 people sleeping on the streets.  Over half (58%) of those surveyed became homeless due to a traumatic experience such as domestic violence. A summary of the results can be found here. The second Connections Week, in October 2019, saw a reduction in the number of people sleeping on the city’s streets. Read the full report here and find out what it’s like to take part in this blog from a volunteer.

Following their first Connections Week, GalvaniseBH brought together over 100 people from the local community, including people who have been homeless, to form working groups.  Their aim was to look at how to improve local services and create long-term housing. Information collected during the Connections Week showed a need for a hub and assessment centre, to improve the support given to homeless people. The Council responded positively and is now funding a new service.

What’s next? GalvaniseBH continues to bring together the local community to work together to create positive change in Brighton and Hove. They plan to use the evidence gathered through the October 2019 Connections Week survey to improve the way homelessness services are commissioned in the city and raise public awareness about the local context of street homelessness. 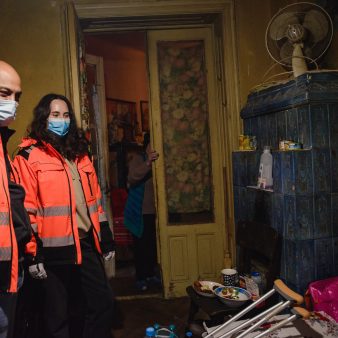