Home / News / Our Blog / The Power of Communities

The Power of Communities 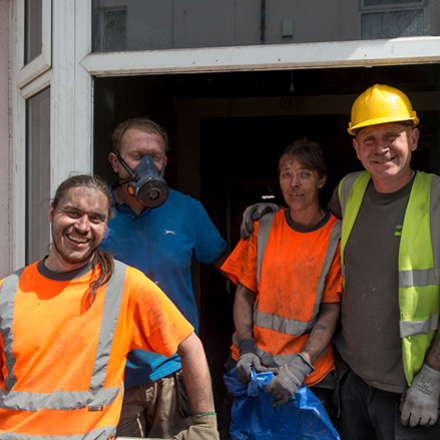 Before starting at World Habitat as Communications Officer, I worked at a community organisation for a number of years with local people working together to improve their own environment.  At our base in Coalville, Leicestershire – an ex-mining town which has suffered from economic decline with loss of employment, lack of opportunities and closure of facilities – community spirit remains high with voluntary groups stepping up to provide training and skills development for young people.  Coming from a non-housing background I have been inspired to see that communities really do have the power to solve their own housing issues in a similar way.

Community-led housing is one way in which this can happen.  While focused on housing, it also allows local people to shape the area where they live, improving local facilities and public spaces.  I think it’s important to remember that decent housing is not just about four walls and a roof, but also the community you live in.  Currently in the UK, community-led housing represents just 1% of all housing, showing the huge potential for people choosing to play a leading role in creating their own homes.  2015 World Habitat Awards winners, Self-Help Housing in the north of England, are an excellent example of this.  Local people, often homeless themselves, are trained to renovate and decorate empty properties, which then become affordable homes for vulnerable people.  The visual improvement to an area is long-lasting, encouraging integration and respect, whilst at the same time providing homes out of otherwise derelict buildings.

Another UK project, ‘Older Women’s Co-Housing’ in North London will provide community living for 26 older women, managed by the residents themselves.  It’s widely agreed that reducing loneliness of older people can lead to better health and wellbeing, in turn leading to less reliance on health and social care.  When thinking about the issues of an ageing population here in the UK, it’s an interesting solution to consider.  At the other end of the scale, you can find out more about students coming together to create their own housing in this blog by my colleague Kathryn Sutter. 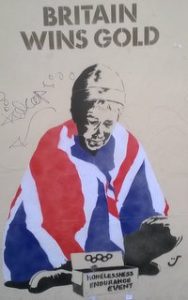 It was around this time last year watching the documentary ‘Invisible Britain’ when I heard the statistic that homelessness had increased in the UK by over 50% since the 2010 general election.  If that’s not shocking enough, more recent statistics show that homelessness in England has risen by a third in the past year alone and by a staggering 102% since 2010.  This is unacceptable.  And with homelessness on the rise in almost every European country, World Habitat is determined that something needs to change.

The European End Street Homelessness Campaign is a commitment to create a movement of cities working together to permanently house those most vulnerable and end chronic street homelessness in participating cities by 2020.  People may think it’s ambitious, but experience from the 100,000 Homes Campaign in the USA shows it can be done.  Adopting the basic principle that access to housing should be first and foremost in a person moving on from homelessness, people across Europe can see their city in a different way, finding out the names and stories of those sleeping on the streets.  As Campaign Co-ordinator Linda Butcher describes in her blog, volunteers from the community can raise awareness and be directly involved in improving the lives of those people they see on the streets every day.  In August I went along to the first night of surveying rough sleepers in Croydon, UK and met many volunteers who had chosen to do just that.  One lady, who told me she sees people sleeping in the park every morning on her walk to work, said she didn’t want to just feel sorry anymore.  She wanted to do something.  As Lee Buss, Director of Operations at Evolve Housing in Croydon says in this short video, ‘We absolutely believe that the community has the solution for this problem and we will be working as a community to identify what these solutions are.’

The first thing that drew me to the work of World Habitat was the idea that housing is the key to poverty reduction.  Access to decent and stable housing affects everything – physical health, mental health, access to education or training, employment opportunities, ability to form relationships…the list goes on.  It is clear that housing issues, and their solutions, differ across the globe but the basic principle that everyone 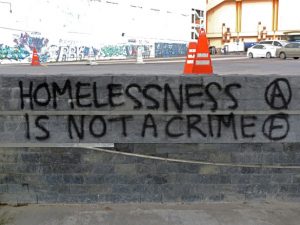 should have a stable home which meets their needs is universal.  Leilani Farha, UN Special Rapporteur on adequate housing and World Habitat Awards judge, recently wrote, ‘Housing must now be recognised as a human right’, including ‘housing homeless people rather than making them criminals for trying to stay alive’.  This is what inspires me – sharing successful examples of life-changing projects which achieve this and then seeing that idea adopted successfully on the other side of the world, transforming communities along the way.

Now working in Communications I see how social media can and should be used to share ideas as widely as possible.  With the ability to join online groups and forums, get inspiration from other incredible housing projects and interact with people who want to join you in solving their own housing issues, it’s a great opportunity to get started.

There are so many examples of communities coming together to solve their own problems in a way that works for them.  If you’d like to find out more follow @bshf on Twitter or on Facebook /WorldHabitatAwards.