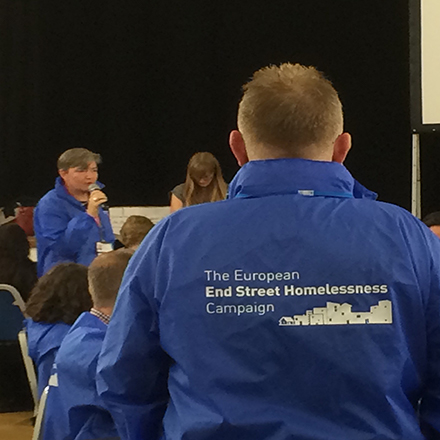 From the outside, running a campaign on street homelessness across different European countries can seem complicated. Leaving aside Brexit, there are potential issues around culture, language, politics, finding common ground.  One thing however cuts through this: the fact that there are people living on the streets, often in growing numbers, is completely unacceptable and many want to do something about it.

This common ground brought together the Building and Social Housing Foundation (World Habitat) and our partners across Europe in order to take action to bring about change.  We have been working with organisations like FEANTSA and cities like Valencia, Barcelona and London on the European End Street Homelessness Campaign, a movement of cities that are working together to permanently house Europe’s most vulnerable people and end chronic street homelessness by 2020.  The campaign is at different stages in different cities. The first two cities to run campaign registry weeks (where teams of local volunteers get to know every homeless person by name by going onto the streets to find them and understand their needs) were Valencia and Barcelona, Westminster was the third, and Croydon will be the fourth in late August.  We are also talking to new cities who want to join. 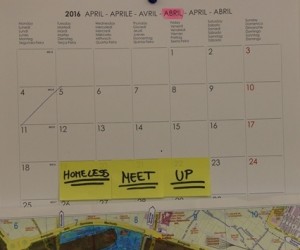 Homelessness and rough sleeping are not new phenomena. Some of the issues that cause them (lack of affordable housing, poverty, personal issues) are long-standing, getting worse, or quite entrenched.  Some of the solutions that governments and charities use can also be fairly entrenched, even where they are not working effectively to solve the problem.

A recent article in the UK’s Guardian newspaper pointed out that “In spite of initiatives since the 1990s, chronic homelessness is accelerating. In 2010, on any one night 1,768 people were sleeping rough across England (higher than Scotland and Wales). In 2015, the figure had reached 3,569 – a 102% increase.” 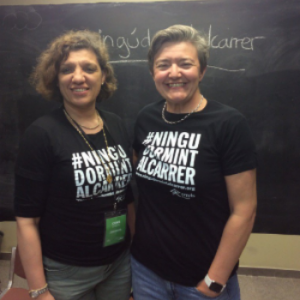 Petra Salva works for St Mungo’s, one of the key London partners in Westminster Homelessness Action Together (WHAT).  This was a campaign registry week held in July 2016, during which nearly 300 volunteers went out onto the streets of Westminster to gather more information about the local street homeless population. As part of our European campaign to end rough sleeping, it was all about engaging the public in a conversation on the issue of rough sleeping, listening to homeless people about what has caused them to be homeless, and finding out what could make a difference to help them come off the streets. WHAT was a real and meaningful opportunity for the community in Westminster, where they could be part of helping to provide perspectives and solutions beyond the usual people who work for homeless charities and the local Council.

Petra said in her recent blog: “The reality is that numbers on the streets are rising despite the enormous efforts of homelessness charities that are helping, and have been for years. … We’ve achieved a great deal and helped a lot of people but we need to do more and it’s time to take a fresh look at how best to help.”

And that is what the campaign is ultimately about.  As World Habitat Director David Ireland recently stated, campaign supporters are part of a new movement, with partners in each city seeking to break the status quo and permanently end homelessness. 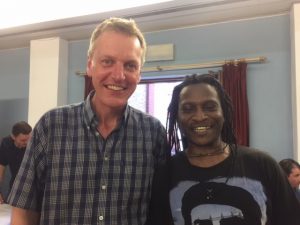 Even in European cities and countries where rough sleeping is not so prominent or seen as the greatest homeless concern, the most vulnerable are still being hit by cuts in services and support that can make their housing security and their life opportunities increasingly tenuous.

But bringing about real change can be hard and there are any number of reasons that we don’t try something different:

Sometimes the change needed is about finding fresh approaches that we may not have thought about, by bringing in new voices and players to help find solutions.  Jennifer Travassos, who commissions £6m worth of services for rough sleepers a year in Westminster, told the Guardian that with fewer resources available, “(Westminster Homeless Action Together) is a way of involving the whole community and saying we, as a local authority, don’t have the answers so how can we do this differently?”

There is much that we can all do to bring about positive change.  In a campaign like ours, for example, this can and will happen at different levels. 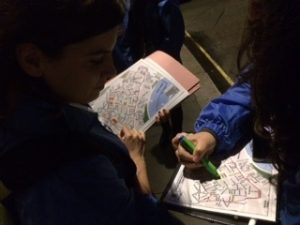 At local level change can happen through partner organisations, individuals, volunteers – those who can champion what is being done in their local area or city and why the change is important.  Members of the local community can be an inspiration to others and raise awareness more widely.  WHAT volunteers in Westminster were highly motivated and engaged because they understood that through their involvement they could really help to make a difference to the lives of people in their own area or that they see every day.  The skills, empathy, warmth, and humanity of these volunteers is beautifully described by Lyndall Stein, who writes about her experience of going out on the streets of Westminster with a volunteer survey team.  And others in the local area may have different reasons for getting involved.  WHAT partner Westminster City Council hope to use findings from the local survey to inform their own strategy on homelessness, which they hold specific responsibilities for as the local authority in the area.

At municipal or regional level there is often scope to look at resource, policy and delivery issues that may need changing or updating, who the decision-makers are, and what might motivate them to help you.  Following the survey week in April, presenting the results, and working with the Mayor and Regional Government on joint solutions, Rais Fundacion has now gained agreement for a housing first pilot in Valencia. 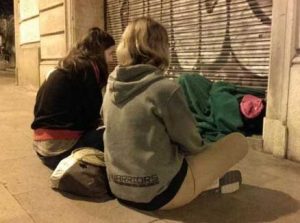 At country level there are likely to be nationally-set policies that affect provision and support for those sleeping on the streets.  Working within your own country with national bodies can help you increase your influence on and access to decision makers at that level.  In England we have Homeless Link, which represents more than 500 organisations working to end homelessness in England – campaigning on their behalf and working to help improve the support they offer.

At a transnational or European level World Habitat is coordinating and supporting cities to take a new approach, and working with partners like FEANTSA, which has members in areas where the issue of rough sleeping is relevant and urgent.  This way we can have a stronger voice to influence with, and a greater ability to share good practice and learning from the campaign more widely – all elements that can help to bring about change. 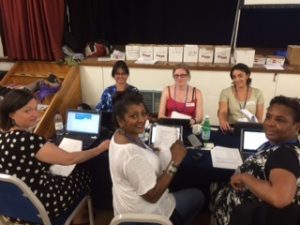 Overall, any campaign, whether local, national or global, is more likely to succeed if you have a plan for who you need to influence, what will motivate them to help you, and how best to go about it.  It doesn’t need to be massive or complicated, but it needs to consider what your issue is, what it is you want to change, who can help you change things, who are your allies and who you will have to work harder to convince to come on board. It is unlikely that the way you influence or involve other NGOs or individual citizens will be the same way you target your local authority or municipality, so you should consider whether you need to use different messages, or tactics, or timing, depending on your audience.

Key elements of planning for change include: 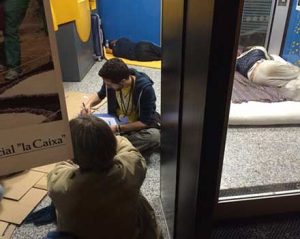 This is what our campaign partners have been doing and we are beginning to see the early results.

One month on from the week of action in Westminster, the local campaign partners have now set out what the initial findings are.  But Petra Salva makes the case that taking part in WHAT, and gathering and analysing the evidence is only the start of making the changes needed.

“We have asked our volunteers not to stop now. This is just the beginning…..Why must we not stop?  Because each night about 15 new people sleep rough for the first time on our streets. You can help change that. Across London and Europe we can end street homelessness.”