The Water Solutions through Collective Management project works to extend access to affordable water in peri-urban areas of Cochabamba, Bolivia through an innovative public-private-community partnership. Initiated in 2003 by Bolivian NGO Fundación Pro Hábitat, the project involves the community-managed supply and distribution of potable water and water committees with democratically elected members have been established within each community to manage the water systems. A revolving fund has been established to enable residents to access micro-credit loans and all project costs are met by the local communities.To date, the project has benefitted 1,709 families from eight different communities in the South Zone of Cochabamba.

The South Zone of the city of Cochabamba has approximately 100,000 inhabitants (one-fifth of the city’s population). With an average per capita income of US$0.91 per day, it is the area of highest demographic growth in the municipality and is home to the majority of destitute migrants from the neglected highland regions of the country. Only five per cent of households in the area have domestic running water. The vast majority of families in the South Zone purchase water from tankers and store it in 250-litre metal water tanks, paying up to 20 times more for their water than middle- and high-income households in the Central and North Zones of the city who have piped water supplied by the municipal water company. Due to the high cost, residents of the South Zone consume minimal amounts of water. In addition, the exact source of the water is unknown and it is vulnerable to contamination. Partly as a result of both the poor quality and low quantities of water consumed, the rate of infant mortality in the area is between 94 and 114 per thousand, compared to 78 per thousand in the city as a whole.

In Cochabamba there was a violent backlash against an attempt at privatisation of the main water utility in 1999 and 2000. These protests or ‘water wars’ in Cochabamba forced the national government to rethink its policy on water privatisation and ultimately led to the retraction of a number of large concessionary contracts. Water provision is still a potent social issue in Bolivia. The SEMAPA Municipal Water Service is the public company responsible for the provision of potable water and sanitation in the city of Cochabamba. The municipal piped water networks, however, do not cover all areas of the city. There is almost total absence of public water services in the South Zone, affecting hundreds of neighbourhoods and thousands of residents. Plans for the expansion of networks and services to the South Zone were initiated in 2005, but progress has been very slow.

An initial participatory diagnosis carried out by Fundación Pro Hábitat in collaboration with the Instituto de Formación Femenina Integral (IFFI), the SODIS water purification project and four communities in the South Zone showed that 44 per cent of children suffered from malnutrition due to the high levels of acute diarrhoeic illnesses, 100 per cent of interviewed families consumed contaminated water and 99 per cent of the population lacked bathrooms in their homes. In this context, the project was initiated.

Initiated in 2003, this project involves the community-managed supply and distribution of water through an innovative partnership between an NGO (Pro Hábitat), the municipal water company (SEMAPA), a private company (Agua Tuya pipe manufacturer) and local communities to extend access to affordable water in peri-urban areas of Cochabamba, Bolivia.

Water committees have been established within each community to manage the projects and its members are democratically elected. The Agua Tuya pipe manufacturing company constructs secondary piped water systems on behalf of the water committees, while coordinating with SEMAPA so that the systems meet the required standards and can be connected to the main water pipelines in future. Costs are met by the local communities through micro-credit loans provided by Pro Hábitat through a revolving fund to finance the cost of construction, which are then repaid by residents in twelve monthly instalments.

Each system includes a community water tank that is filled with water from tankers. The tank is situated in a high location and the distribution takes place through gravity via a secondary piped water system to each individual household. Each household is supplied with an individual connection and a water meter and families can subsequently extend the system (i.e. to different rooms in their homes) as and when they are able to do so.

The water committees are responsible for the management and maintenance of the system, as well as reading the meters and collecting payment from each household for the water consumed. Residents are trained in a range of areas, including management of the water systems, the appropriate use of water resources and solid waste management. The project has benefitted 1,709 families to date, from eight different communities in the South Zone of Cochabamba.

This is not an isolated project for water provision, but rather a continuous process to improve living conditions: once the water issue is resolved, families have begun to improve their homes, building bathrooms and kitchens. By combining its partners’ resources, the project overcomes the problem of the prohibitive costs of new secondary water connections, and reduces end-user water cost by over 60 per cent. In addition, by embedding the participation of the people directly in water provision, the partnership has created socio-political stability in an area known previously for its volatility.

The costs of the water systems were covered 100 per cent by the residents. Total capital costs for the construction of the water systems were US$174,850, of which US$35,000 was the initial cash payment made by residents and the remaining balance of US$139,850 was provided through loans from Pro Hábitat, repayable in twelve monthly instalments. Interest rates are 12 per cent (compared to 18 per cent for commercial loans), with affordable instalments of US$10-13 per month. Residents are also responsible for the costs of the ongoing management of the project and maintenance of the water systems.

Funding for Pro Hábitat’s work in capacity building, technical assistance and monitoring has been provided by a range of donor agencies at different stages of the project, including Homeless International, MISEREOR and Oxfam GB, as well as the organisation’s own revolving fund.

Pro Hábitat has a policy of using locally-sourced, low-cost materials and appropriate technologies in all of its housing construction and improvement projects. The project uses locally manufactured high density polyethylene (HDPE) pipe, which is highly durable, provides protection from contamination and requires significantly less energy to fabricate, transport and install than other pipe materials. In addition to ensuring access to affordable, potable water for low-income households previously without domestic running water, families are trained in the importance of the appropriate use of water as a precious and scarce resource. Pro Hábitat is currently developing an initiative for the collection and reuse of greywater for irrigation purposes. The project carries out regular ‘clean-up’ campaigns and initiatives for solid waste management, as well as educational events on themes relating to contamination, water, housing and habitat. The project has highlighted the need for adequate drainage systems in the region, an issue which is now being addressed by the municipality and a range of other institutions.

MISEREOR has renewed its support to Pro Hábitat to continue and expand the project in the coming years. The organisation has also secured funding from SELAVIP to support participating households in the construction of toilets. The national government has now begun to provide funding for other communities to develop their own water systems.

Under normal conditions, community members would need to pay the municipal water company US$215 in order to be connected to the water distribution network and the company owns the network. Through the project each household invests between US$120 and US$156 and is a shareholder in the system, giving them greater negotiating power with SEMAPA. When the main water pipeline is finally brought to the communities by SEMAPA, residents will not need to make additional payments, as the secondary networks built through the project will be used and connected to the main pipeline.

One or two members of each community are paid to read the household water meters and collect payment from families for the water consumed. In addition, thirty-two people from participating communities have been trained as plumbers. They now work independently, providing their professional services to the community.

As a result of the project, the cost of water to residents has been reduced by over 60 per cent. Micro-credit loans provided by Pro-Hábitat have allowed families to extend their homes (e.g. building kitchens and toilets), as well as enabling them to pay for the water systems. Monthly instalments are affordable at US$10-13 per month and repayment rates over the one-year period are 100 per cent.

A key focus of the project has been to strengthen community organisation and cooperation. From the beginning, the local communities have been responsible for the management of the project, through existing leadership structures and new leaders elected specifically to the water committees. Throughout the process, decisions were made through community assemblies, with the participation of all residents. The democratically elected members of the water committees represent the communities in negotiations with SEMAPA and the local authority. The role of Pro Hábitat in the process has been to strengthen the organised communities, build capacity and support the communities and leaders in all actions they decide to undertake.The participation of women in leadership positions is actively encouraged. Women represent 40 per cent of leaders of the water committees and women’s participation in community assemblies relating to the water systems is 37 per cent, compared to 15 per cent participation of women in general community assemblies and decision-making processes.

The process of organisational strengthening enabled the communities to negotiate subsequent projects with the local authorities, such as the provision of sanitation infrastructure and services. 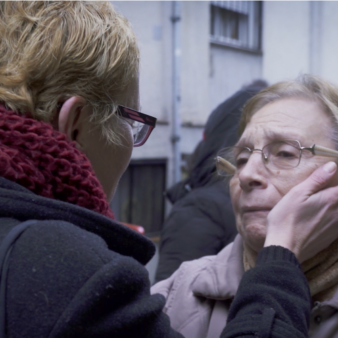 Out in the Open – summary for local government

Out in the Open

The Impact of the Grameen Bank Mobile Phone Programme

18 hours ago ⭐️𝙒𝙀𝙀𝙆𝙀𝙉𝘿 𝙍𝙀𝘼𝘿𝙄𝙉𝙂⭐️ At World Habitat we agree and design a variety of support packages to help our Gold Award winn… https://t.co/KCv6KLdj7h