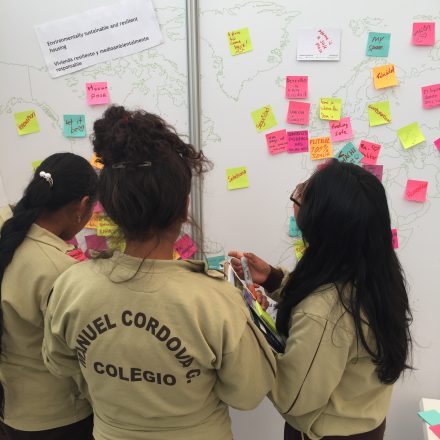 Due to the fact that Habitat conferences only happen every twenty years I felt particularly excited that the start of my internship at World Habitat coincided with this momentous event. As a young person just entering the housing world Habitat III felt like an amazing opportunity to learn from people from around the world about how to improve our cities and create better urban futures in the implementation of the New Urban Agenda.

As we disembarked into the Ecuadorian sunshine and started exploring Quito on our way to the conference there was a definite presence of young people around the city.  Just outside the conference was a market where local people and their children attempted to sell their handicrafts as well as children’s play equipment which seemed to have been put up just for the event.  When inside the exhibition many young families explored alongside both high school and university students. At our stand I was pleased to see many of these voicing their opinions on what ‘home’ meant to them. The idea of the home was significant to all no matter their age or origin.  Many students who stopped by were also keen to learn more about our work and the World Habitat Awards, often more so than the many delegates who passed us by.

Away from the exhibition, in the main events and official discussions of Habitat III, young people seemed to be a missing group, even though for me it is obvious that it is the young people and children of today who are essential in ensuring successful urban futures. In a world where almost 2 billion people are aged under 15 it is unacceptable that this group were missed out of many of the Habitat III discussions. 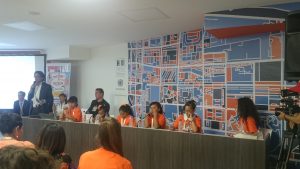 Luckily my disappointment at this was somewhat reduced by attending a side event to learn about the project ‘¿Qué Ciudad de Mexico queremos para Mañana?’ or ‘Mexico City, what do we want for tomorrow?’.  This project, run jointly by the Mexico City Government and ‘Agence Française de développement’, is unique in the fact that it works with children between the ages of 6 and 12 to hear what they want from their city.  The side event was special in the fact that it was the only panel featuring children instead of the many professionals and governmental officials seen at other events. It involved a panel of six young girls who discussed how they wanted their city to evolve and their challenges at present and hopes for the future.  It was hopeful to see their voice included in the conference rather than adults talking for them.  However, it is still frustrating that this was the only youth panel of the conference. 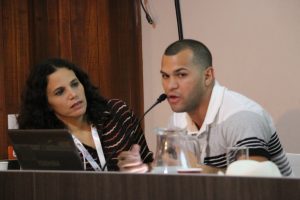 tly linked to World Habitat, I was pleased to be able to hear from some of the young people involved in our Puerto Rican World Habitat Award winner Caño Martín Peña.  Freddie Rivera, one of the speakers at our Side Event, ‘People powered housing: How communities take control’, currently lives in one of the communities which make up the Caño Martín Peña community and is part of the organisation ‘Young Leaders in Action’. This organisation was heavily involved in the creation of the Community Land Trust, the first in an informal settlement.  He spread the message that it is very important for communities to get organised and come together to evoke real change.  Perhaps the organisers of Habitat III needed to consider what the idea of communities actually meant, as for me the event certainly didn’t seem inclusive of all community members.

By the next Habitat conference I will be pushing middle age and the needs of young people may be further from my mind. However, I hope the idea that we need to let children and young people be involved in discussions and decision-making at an international level will no longer be a missing element and will instead be a normal part of proceedings.