Tackling the injustice of street homelessness in Torbay 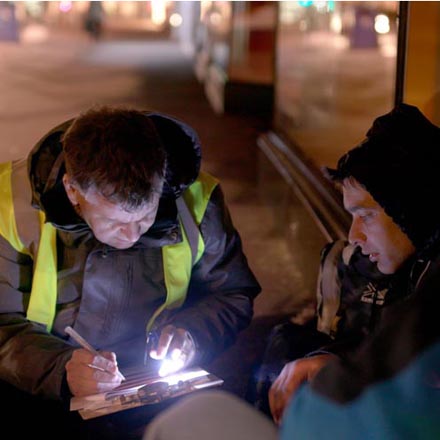 This is the first in a series of blogs from European End Street Homelessness Campaign city Torbay, UK.

John Hamblin is Chief Executive of Shekinah Mission, a Devon and Cornwall based charity providing opportunities for people in recovery or seeking recovery. This includes homelessness, drug and alcohol issues, offending behaviours or mental ill health.

Little did we know that when Shekinah and Torbay Council agreed to join the European End Street Homelessness Campaign, we would embark on a rollercoaster of a journey which has challenged our thinking and service delivery in a way we did not expect.

Following several meetings with Torbay Council and World Habitat, Shekinah joined the campaign in November 2016. For us, there were a number of attractions but the overwhelming commitment to end street homelessness as opposed to just ‘managing’ the issue was key.

A lot of work in the early days involved bringing people on board, explaining our aims and how they could contribute and get involved. At the outset there were lots of differing views and opinions. A huge amount of time was spent on meeting, educating, discussing and sometimes agreeing to disagree with people who wanted to get involved. On reflection, we perhaps underestimated the amount of time, sheer persistence and hard work it would take to get people on board. The upside is that we have all certainly developed our listening and negotiation skills.

Since joining the campaign, we have carried out four Connections Weeks, recruiting and training numerous local volunteers. That first year I still vividly remember the emotional moment watching people leave to go out onto the streets. I can only relate it to watching children go to school on the first day and that feeling of pride and satisfaction that it brings. For me there was also another magical moment that I wanted to bottle and give out because of the way a volunteer talked to someone who was rough sleeping. It was just one of those special moments where you’re listening to two human beings having a conversation about life, with no agendas, preconceptions or judgements. I often think back to that when I observe ‘professionals’ having similar conversations with people using services and think of the volunteer and how we can all learn so much from people typically seen as ‘non-professional’.

So where are we today? We’ve successfully developed an Alliance between Torbay Council and Shekinah, and with the support of the Nationwide Foundation and Crisis, have undertaken a Housing First feasibility study. This secured funding through Torbay Council to recruit a new Housing First team which was launched last April. The team is currently supporting 13 people – through finding permanent housing, accessing treatment for substance misuse and moving forward with their lives after homelessness.

I can’t help but feel that the campaign has been the catalyst for many of these developments and has given us all a focus and a foundation to tackle the injustice of rough sleeping.

14 hours ago 🌟Weekend Reading🌟 A new project has been launched in #Leicester to gather insight and boost responses to women's… https://t.co/5YkmJjMqpw