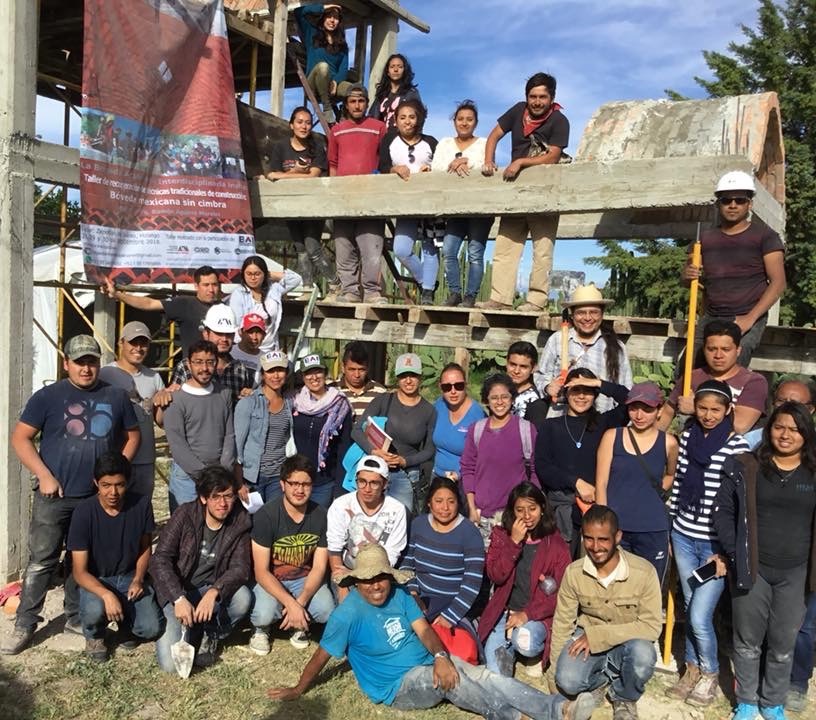 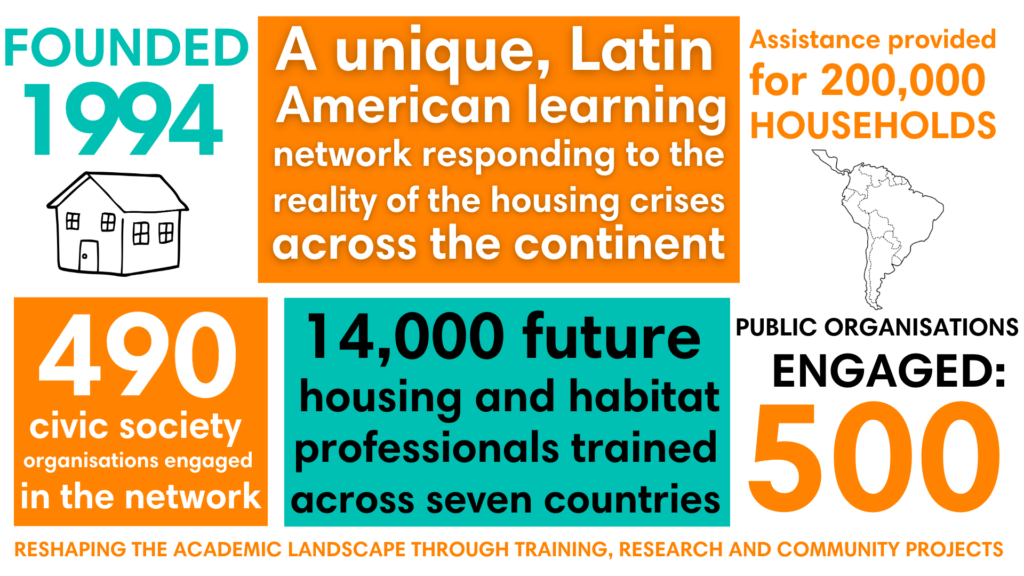 In Latin America, 120 million people live in informal settlements or inadequate conditions, making housing inequality one of the region’s most pressing social concerns. Inadequate housing is a barrier to accessing many other rights, such as security, work, education and health.

More than 70% of current homes in the region are created through the ‘social production of habitat’, for example through individual or community initiatives to build, improve and manage their own living environment. Despite this, academic training given to professionals, such as architects, engineers and urban planners, fails to address the role of communities in housing development.

ULACAV (the Latin American University Network of Housing Departments) is a network of 12 emeritus professors and 65 university departments which, since 1994, has been working to reshape the academic landscape through training, research and community projects that promotes citizen participation and a rights-based approach to urban development. The network’s members also engage with social movements and advocacy groups and government agencies to influence local and national policy across the seven countries in which ULACAV is active.

Through its work, ULACAV is contributing to the crucial institutional change needed to impact housing development across Latin America for generations to come.

In Latin America, 120 million people live in informal settlements and/or inadequate housing conditions, and 70% of the homes in the region are created via the ‘social production of habitat’ – term that refers to a range of initiatives by ordinary people and communities, without public or technical assistance to build, improve and manage their living environment.

This reality is not adequately addressed by academic training and, as a result, housing professionals and policymakers often ignore the critical role that individuals and communities have in the process of creating urban habitats when they are excluded from real estate markets and public housing schemes because of low incomes, informal jobs or migration status.

Since 1994, ULACAV – the Latin American University Network of Housing Departments – has sought to shed light on the gap between the problems faced by contemporary Latin American society and university curriculums relating to the built environment (architecture, engineering, urban planning, social workers, sociologists, geographers, etc.). ULACAV believes that, in order to contribute to overcome the housing crisis in the region, it must build the capacity of students and promote a new way of looking at the complex issues surrounding the problem.

The network is an independent, self-managed and self-funded non-governmental entity that brings together 13 emeritus professors and 65 university training spaces, which are all committed to community involvement in housing and habitat development and the ‘right to the city’ principle – that cities should be co-created spaces that benefit everyone. Eight countries are represented in the membership: Argentina, Brazil, Chile, Colombia, Ecuador, Mexico, Paraguay and Uruguay.

ULACAV conducts annual meetings for knowledge and experience sharing, fosters engagement with low-income communities and works with advocacy groups, social movements and government agencies to influence policies on a local and national scale.

As a result of the professional development that is promoted by the network, 800,000 people have so far received housing assistance and more than 14,000 future housing and habitat professionals have been trained.

The network’s aim is to accompany the social production of adequate living spaces, especially for the region’s most vulnerable people.

It seeks to do this through teaching undergraduate and postgraduate students about issues relating to habitat and housing, and by promoting training, research and field work that is focused on the social production of habitat and citizen participation. The network also aims to rediscover and learn from traditional knowledge in local communities, and ultimately combine this with their efforts to create better urban habitats in the region. Members are invited to an annual meeting, which takes place in a different city each year, to exchange practices, make field visits and plan joint activities and research.

At an academic level, ULACAV members incorporate content on community and group empowerment into their curricula through alliances with community-led initiatives. Agreements with social organisations also include the creation of practical work placements for students in a variety of contexts, including native communities, informal settlements, and remote areas. This on-the-ground experience includes participatory design methodologies that emphasise a gender inclusive and environmentally friendly approach, as well as sustainable technologies.

In addition to reshaping the academic landscape of the region, the network influences future housing professionals (with 14,764 students trained in the past five years) and is present in both communities and policy discussions across the region at all levels. Almost 500 public organisations are engaged with ULACAV’s work.

As they are strongly committed to transforming Latin-American societies, ULACAV members are often also part of other regional and international networks and umbrella organisations such as Habitat International Coalition, Habitat for Humanity, UN Women, Latin American Gatherings of Community Architecture, HABITAR Argentina and the Habitat Collective. ULACAV contributes and participates in activities organised by these organisations.

The network also engages with social movements and advocacy groups at the grassroots level. For example, in Argentina it works with the Mutual Aid Housing Cooperatives from the Movimiento de Ocupantes e Inquilinos (Movement of Squatters and Tenants), the Frente de Organizaciones en Lucha (Front of Struggling Organisations), the neighbourhood delegates’ bodies, among many others. ULACAV is also a member of Argentina’s Intersectoral Roundtable for Land Policies at the Ministry of Territorial Development and Habitat.

ULACAV does not receive financial contribution from any public bodies, NGOs or private companies. This financial independence is critical in ensuring the network’s ideological freedom. The training spaces may have local university funding for research

The organisation is self-funded by its members, who pay an annual fee (equivalent to $20 USD) in the currency of their country. Payments are made by the university department on behalf of members.

Membership fees are used to sustain communication within ULACAV. All the activities of the network are carried out on a voluntary basis, with no payment or contribution involved at any stage.

Beyond this, the network has had a significant impact on professionals, decision makers, public policies and local leaders in shaping and influencing housing projects and programmes throughout the region. For example, recently, ULACAV participated in the organization of a training programme for federal government officers in Argentina.

The connections that have been set up by the network between grassroots organisations and policymakers has led to a broader vision and is helping shape strategic conversations such as the UN-Habitat’s New Urban Agenda. ULACAV participates in the elaboration and presentation of a draft legislation on self-managed social production of habitat, with potential impacts in Argentina, Brazil and Venezuela.

Heightened awareness of the problems that the current educational system has, and the strong articulation of these problems among ULACAV’s members, has allowed some members to create compulsory and elective courses that relate to the social production of habitat in a number of universities throughout the region.

From a societal perspective, the network addresses housing and habitat issues in a comprehensive, multidimensional and multi-sectoral manner. It promotes the consideration of issues relating to gender, ethnicity, children and the elderly within every community. In recent years there has been increasing interest from members to support processes of gender equality, both within each member’s work, as well as within the communities in which they work.

ULACAV considers addressing the environmental problems suffered by the most vulnerable communities in Latin America to be an integral part of all its projects. Members work with communities that have settled in floodplains, on hillsides susceptible to landslides, in urban refuse dumps, and in other areas with water and atmospheric pollution, guiding residents and government officials in the search and implementation of solutions to improve conditions for these communities.

ULACAV intends to keep growing by training and incorporating new members and consolidating the network in Brazil, Colombia and Mexico, in addition to moving into new countries in the region.

The network continues to expand its activities at an academic level through teaching, research and community work and aims to strengthen the exchange with other networks committed to housing and habitat improvement around the world.

Future projects include the development of a Latin American diploma, focused on popular habitat, which would be aimed at lecturers and community members.

To assist with the dissemination of its objectives and experiences, the network will focus on improving communication through social media and its own website, so it can function as a library and observatory. This could include a variety of multimedia materials, such as a documentary on the experiences of members throughout the network’s 27-year existence.

Latin America’s housing crisis is huge in scale, but through ULACAV, academics across the region are working hard for future generations of housing professionals and policymakers to understand and observe the value of community-led development in addressing spatial, social and environmental inequalities across the continent.

In the years 2018, 2019, during the pandemic, and in 2022, several educational placements were developed, based on working agreements that arose from the Open Workshop on Social Projects (TLSP) with residents from the Fighting Organisations Coalition, from the neighbourhoods 14 de febrero and Las lilas, in Almirante Brown, Buenos Aires Province, Argentina.

The project’s core principles are the respect for nature and the value of native plants; the use of the space for the development of community, recreational, cultural and sports activities; and the links with the activities that are already in place. The members agreed on planting trees throughout the entire perimeter, carrying out maintenance work in the football and volleyball fields, getting equipment for the children and the adults who accompany them, and arranging spaces for health posts and fairs during relevant celebrations. Other items proposed were organising, implementing and equipping sport infrastructure; and furnishing shaded and resting areas.

The project is part of the numerous and continuous actions carried out by the neighbourhood for its improvement. The creation of a fully equipped square will improve the neighbourhood’s recreational and cultural life.

The principles of the Aided Professional Practice on Participatory Habitat’s teaching and learning processes are based on the technological linkage experiences carried out by UNT’s National Council for Scientific and Technical Research (CONICET) group, which is in charge of INTEPH’s Participatory Habitat Improvement Program (MHaPa).

The complexity of this case lies in the understanding of an intricate weave of activities that coexist in one building, which, in turn, used to be a huge municipal slaughterhouse.

For this project’s aim, students had to get familiar with the social organisation, and conduct a geographical survey with the teachers. They also had to develop workshops to understand the local needs and expectations. At a later stage, the data collected allowed to introduce alternatives and, eventually, to deliver a technical folder to the organisation, with the preliminary project, a demo and a video telling the experience.

This concept rests on previous exchanges between the MHaPa and the MTE, and allows students to make a qualitative leap forward in their contribution to the organisation. At the same time, it constitutes a tangible, concrete foundation to learning how to build collaborative teacher-student teams, and establishes a starting point in the understanding of participatory design processes in collaborative settings. 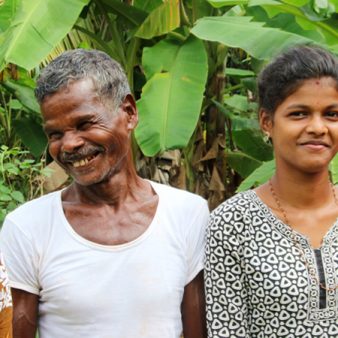 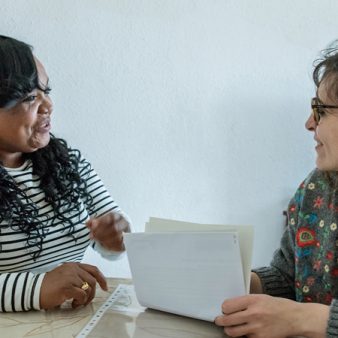 4 hours ago RT @yiorgos_pap: Can we learn from your solutions to the #housing challenges we face? Apply by Sunday 12 March 2023. #AffordableHousing #E…

4 hours ago RT @homelessimpact: Our implementation guide created with @NICEComms provides tools and resources that may be useful to commissioners and…