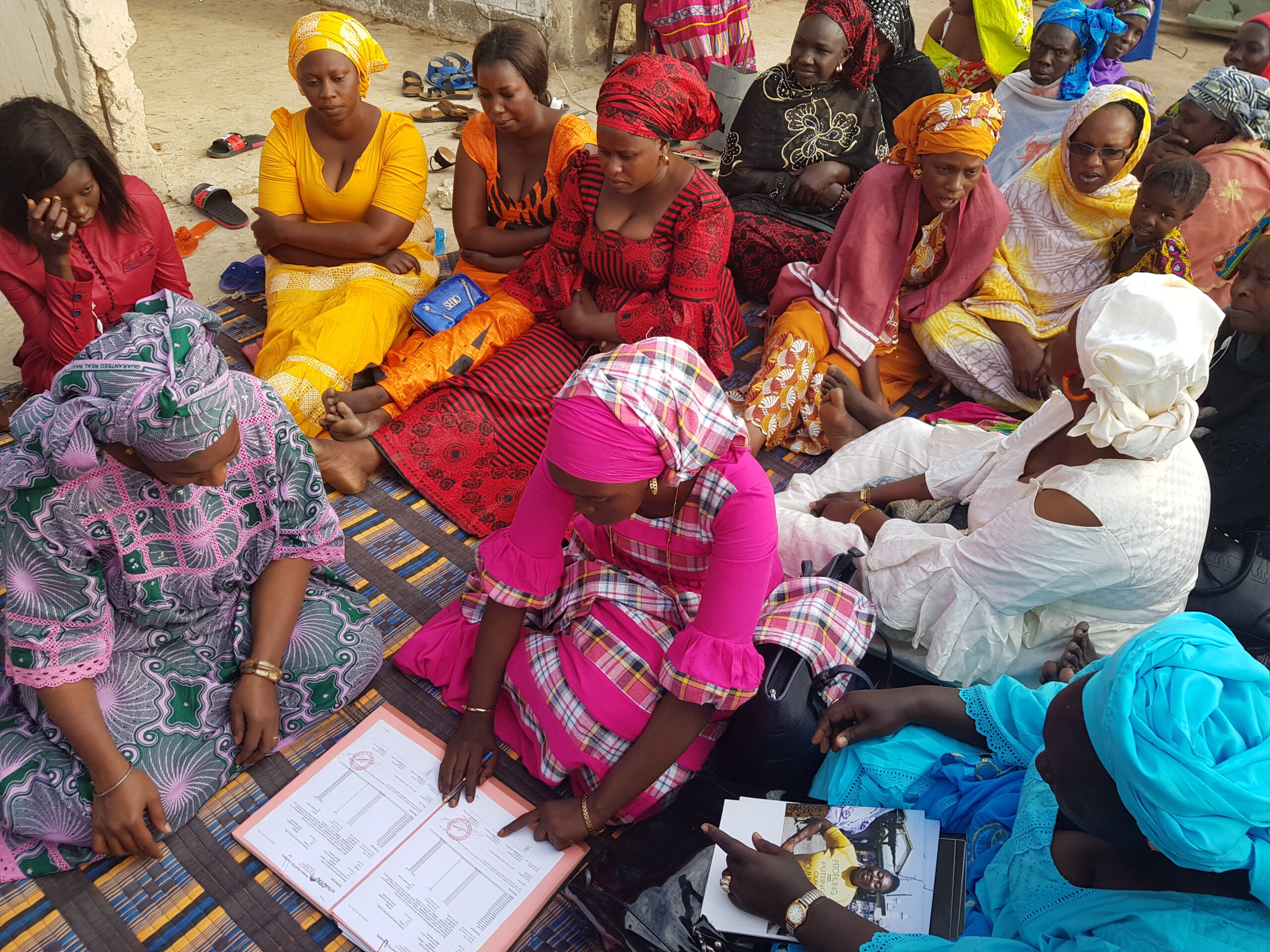 Two grassroot organisations working to improve quality of life for people living in unsanitary settlements at risk of severe flooding in the suburbs of Dakar, Senegal have won a prestigious Gold World Habitat Award.

The non-governmental organisation urbaSEN and the Senegalese Federation of Inhabitants have worked together since 2012 on its Housing and Living Environment for Vulnerable People in Precarious Neighbourhoods programme.

As a result of winning the Gold award, urbaSEN and the Federation will receive £10,000 and the opportunity to share their experience and inspire others at an international event, which will be organised alongside World Habitat.

The project in practice involves members of the Senegalese Federation of Inhabitants, which has 15,000 members – 96% of who are women. They gather their savings collectively and can take loans from a revolving fund to carry out improvement work to their homes.

The work of the Federation is supported by urbaSEN, which is made up of 22 professionals, including urban planners, engineers, architects, economists and social workers.

As well as upgrading people’s homes, the project is also empowering women and changing the cultural view of their role in society. UrbaSEN and the Federation are training women to supervise work being carried out on their homes, which is mostly carried out by male craftsmen.

As a result of this empowerment, more women are being elected to local authorities in the area. In 2022, 50 female members of the Federation were elected to city councils, compared to 12 women in 2014.

More than 8,000 people have had their homes upgraded as a result of the project.

One example of work carried out by the project is the installation of water sumps in the Touba Pikine district of Dakar. The neighbourhood had several sanitation problems due to a lack of pipes and high exposure to flooding, leading to an overflow of wastewater outside people’s homes.

As one resident put it: “The arrival of the sumps is a chance for us. In front of my house the water stagnated and I felt embarrassed when the elderly passed in front of my house to go to pray or when passers-by had to lift their clothes to avoid getting dirty.”

The sumps were installed in five cesspools and a committee of five women were responsible for one each. Their role involves opening the sump at 8am, closing it at 6pm, and collecting a financial contribution from people who use the sump. The money is saved so that it can go towards more sumps for the district.

Maimunah Mohd Sharif, Executive Director at UN-Habitat, said: “With housing and living costs rising globally and increased risk for many to fall into homelessness and informality, we are more convinced than ever that ensuring adequate housing must be understood as a shared responsibility of all housing stakeholders.

“UrbaSEN and the Senegalese Federation of Inhabitants strive to put the community at the centre within their initiatives. Communities are the ones deploying drone-mapping to plan improvements to their local infrastructure, presenting proposals and supplying data to local government for evidence-based decision making. They also generate certificates of occupancy as a first step towards land tenure regularization.”

Leilani Farha, Global Director of The Shift and a final judge of the World Habitat Awards, said: “Senegalese Federation of Inhabitants and urbaSEN must be commended for their ground-breaking approach to informal settlement upgrading. Drawing on the knowledge and expertise of women and young people, this project harnesses cutting-edge technology and has developed climate-friendly building materials to improve the lives of some of the most disadvantaged people in the world.

“The issuing of certificates of occupancy will improve the security of tenure of many families, which is central to enjoying the right to housing. Governments struggling to implement the right to housing in the context of informal settlements have much to learn from this project.”

David Ireland, Chief Executive of World Habitat, said: “The climate emergency is accelerating too fast for communities to wait for governments to respond. UrbaSEN is an inspirational project showing how communities can fix infrastructure and carry out home improvements to make themselves more resilient for what lies ahead.

“The Federation and urbaSEN is an excellent example which shows how organised communities can find and implement innovative solutions to contribute to address these challenges. The way they have succeeded both to involve municipal governments in their activities and to network with other grassroot organisations in Western Africa is really inspiring.”