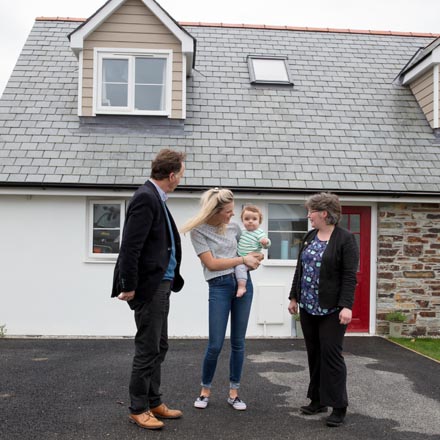 The Prime Minister was half-right yesterday when she said that building more houses every year will address the housing ‘crisis’. The last Budget promised 300,000, others have said 250,000, some have even suggested 400,000. Of course the Prime Minister and others are correct – there is a significant shortage of housing in England. It is, as she said yesterday, ‘one of the biggest barriers to social mobility we face today’.

But it’s not as simple as just building more houses.  That alone won’t solve the problem at all. Go into any estate agent and ask what they have for half a million to a million pounds (depending where you live), and you’ll find there’s lots of choice.  If you have enough money there’s no housing shortage.  What we are so desperately lacking is low-cost housing that people on low or average incomes can afford.

For most of my career I have been dealing with the consequences of the failure of the UK’s housing market.  It’s manifested itself in what the Prime Minister described as ‘a source of national shame’ – homelessness. But also in lack of affordability and, counter-intuitively, an over-supply of empty homes.

At the heart of this failure is a growing gulf between providers and occupants. Homes are rarely built directly for occupants anymore, they are built instead to meet the demands of distant landlords, investors and speculators. This has created a housing stock that is predominantly investment driven, often poor quality, and built with little thought for the people who end up living in them.

This drives a system where homes are priced at what investors are prepared to pay and not what occupants can reasonably afford.

It’s been clear to me for some time that the best way out of this problem is to turn housing provision around so that occupants and communities, not investors, are at the heart of the decisions.

Isn’t the best way to ensure housing meets people’s needs, is for them to be involved in developing the housing themselves?

Over the last few years the need for this approach has become more and more urgent. Despite a recent upturn, house-building output has slipped to the lowest level we have seen in generations. Social housing is gradually being defined out of existence, and the affordability gap has opened up to the extent that all but those with prior housing wealth – and those on the highest incomes – are priced out.

Our work at World Habitat gives us the privilege of seeing how housing works and succeeds in other countries and cultures. It is remarkable how what we in the UK call community-led housing, is an important part of the housing market in virtually every country apart from the most tightly state-controlled systems.

In most, it is better developed than in the UK, and in many it meets the purpose of low cost housing for all. Something that the social housing sector once provided in the UK.  For example, in Poland one in every four homes are provided by local co-operatives. In Sweden one in three of all new homes are ‘self-built’ by the occupants themselves.

These models provide more affordable homes which are more geared to the needs of the people who live in them. Wouldn’t adopting approaches like these do far more to solve the UK’s housing crisis, rather than building hundreds of thousands more houses that only a few people can afford?