The hope for affordable housing in central and south-eastern Europe 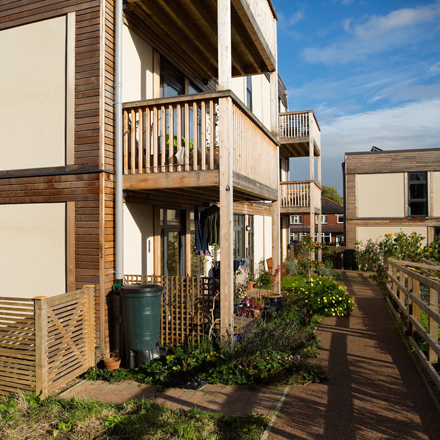 You might not have heard of MOBA Housing Network before, but it’s been a topic of much enthusiasm and excitement for those in the housing sector who have. MOBA, meaning ‘self-build through mutual help’ in Serbo-Croatian, is a group of pioneering housing co-operatives in central and south-eastern Europe which promises a new approach to solving the distinct housing issues faced in the region.

So how are they going to do this? And what makes MOBA unique? The network emerged from a group of committed individuals and organisations that were fighting for similar objectives in their own countries, before coming together to provide an answer to the housing crisis. Each group – in Croatia, Serbia, Hungary, Slovenia and Czechia – is working to establish a co-operative housing pilot, the first of its kind, in each country.

Dictated almost entirely by market forces, housing in central-eastern and south-eastern Europe – as elsewhere – is seen as an expensive commodity that too many simply cannot afford. Many households don’t qualify for a mortgage, nor have the necessary capital to own a home. However, with over 90% of housing being owner-occupied – a legacy from the fall of state socialism that resulted in the privatisation of housing stock – and a lack of rental building programmes after that, the options for non-house owners is limited. For those on low-incomes, private rent is the only option available, at exorbitant prices – meaning many households struggle to cover their other expenses, living under fear of eviction and the stress of not making ends meet. Young people are particularly affected by this, and the response, in many cases, has been a forced migration to other areas or countries. MOBA members are unwilling to simply accept this status quo and are determined to create new possibilities in their countries. These housing pioneers are ‘reinventing housing affordability from the bottom up’ with creativity and determination to end speculation in housing.

Each member of the network is at different stages in their pilot development and although each project is unique, they face similar challenges: lack of government support, no access to ‘traditional’ funding sources for low-income groups, and legal structures that do not contemplate shared ownership. In Budapest, despite the odds, significant progress has been made – earlier this year residents moved into the first collectively owned, rental-based housing co-operative in Hungary. Each group is getting closer to their goal of providing affordable housing, by being creative and challenging current systems and structures.

As a regional network, MOBA is growing and gaining support internationally across the housing sector. With determination and hard work, using their limited resources and scarce free time, the group meets regularly to share their expertise, capacity and experiences.

Taking inspiration from similar experiences in other parts of the world – such as Lilac and Radical Routes in the UK, La Borda in Spain and FUCVAM in Uruguay – MOBA has big ambitions. They aim to provide affordable housing by creating a model for systemic transformation of housing markets everywhere, based on the principles of collective ownership, collective credit and risk, active participation of members in the co-operative and guaranteeing affordability for residents. They plan to provide technical and financial support to local projects, influence regional policy and advocacy, open new financial channels, and develop standards for emerging housing co-operatives in the region.

Whilst still in its early days, MOBA’s potential has also become a source of inspiration for others. From starting off as a scattered group of ‘dreamers’ a couple of years ago, they’re now active and influential in the housing sector. They’ve developed critical tools such as OpenFRM, a cost analysis calculator which allows users a detailed insight into the costs of developing, maintaining and operating multi-apartment buildings. OpenFRM is now being made available as an open-source tool to similar pioneering initiatives.

But this ambitious and capable group wants to go further: their next step is to develop a common revolving fund to support their pilots and develop a legal entity for MOBA – a European Co-operative Society – to engage further in advocacy and partnerships with local governments and institutions.

Despite the difficulties, the commitment and determination of those involved makes me extremely hopeful that this is the generation that will change the housing situation in the region. They want to – and can and will – change the reality of the current housing shortage and unaffordable housing for themselves and for others. They are willing to work hard, and generously share ideas, solutions and resources with others. And that, in itself, is already making a difference.