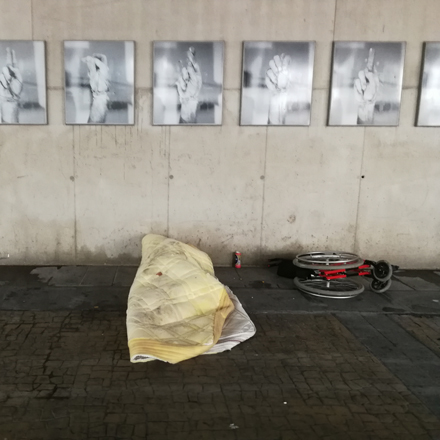 Mauro Striano, Policy Officer at FEANTSA, discusses how homeless charities across Europe are leading the way in delivering rights-based frontline services to homeless EU citizens and asks public authorities to work in partnership to find solutions.

Thousands of EU citizens have moved to another Member State and become homeless there. Their number has increased over the last ten years for many reasons, but includes:

The provi­sion of services to meet such a wide range of circumstances is particularly complicated and challenging. However, over the last few years several specific programmes for destitute mobile EU citizens have been devel­oped. It’s important to stress that most of these programmes were set-up because of a lack of services and in recognition of the growing need. It was homeless organisations that took the initiative and responded, rather than public authori­ties. Services such as Europa Brücke in Münster and Kompasset in Copenhagen guide destitute mobile EU citi­zens through the administrative procedures that are vital to helping people re-establish themselves – through finding a job and obtaining health insurance.

Other types of support include registering a postal address, obtaining a tax number, opening a bank account, enrolling children in school and appealing a decision taken by the administration. The Stockholm City Mission was one of the first homeless providers to develop such advice and counselling services, with their ‘Crossroads’ project. Using a network of City Missions, this project was later implemented in other Swedish cities such as Gothenburg and Malmö.

FEANTSA’s long-standing work with mobile EU citizens who are homeless­, and particularly through our current PRODEC (Protecting the Rights of Destitute mobile EU Citi­zens) project, has helped us identify one of the main chal­lenges – the weak, or missing, link between professionals working with homeless people and legal expertise.

On the one hand, homeless service providers don’t often have the legal expertise to adequately respond to their beneficiaries’ needs. On the other, legal experts may lack specific knowl­edge related to destitute mobile EU citizens’ issues. It’s therefore paramount to try to connect these two separate worlds. For instance, the Public Interest Law Center (PILC) launched a phone advice and referral line, advertised through frontline organisations working in homelessness and migration sectors across London. PILC also delivers monthly legal clinics through eight part­ners where large numbers of homeless EU nationals search for housing, welfare benefits and access to employment support. As is the case for other services working with mobile EU citizens, their advice and counselling work is coupled with street outreach, which PILC does alongside the Roma Support Group for the many Roma people who’ve been affected by Immigration Enforcement operations over the years.

Besides precarious working conditions, labour exploitation, administrative obstacles and the lack of housing solutions; access to primary healthcare is another major challenge for destitute mobile EU citizens who don’t have health insurance in the country where they now live. This is particularly difficult for people with chronic illnesses, for whom regular and continuous administration of medication is vital.  Mobile EU citizens who aren’t insured face a great and, in some cases, life-threatening problem. To prevent these chronic illnesses escalating and requiring emergency treatment, access to primary care is essential. Some incredibly effective solutions to this have been developed by FEANTSA members, for example in Vienna, neunerhaus runs a health clinic accessible by all patients, insured or not, and destitute mobile EU citizens are able to get the vital treatment they need.

In a perfect world, everyone should be able to access services in the city where they live. Unfortunately, this is not the case. Receiving social benefits and services is conditional on having the right to reside. But residence rights for mobile EU citizens can be a very complicated issue. EU law clearly covers certain categories of mobile EU citizens while for others it’s unclear. On top of that, the interpre­tation made by national authorities and, therefore, the implementation of EU law at national level can be particularly problematic. In recent years, there has been a clear tendency to restrict residence rights for mobile EU citizens.

Public authorities, especially cities, are frantically looking for solutions and collaboration between them and homeless service providers must be improved. There’s a particular urgency to avoid situations in which NGO support could jeop­ardise mobile EU citizens’ residence rights. Over the last few years, political choices are putting a lot of pressure on homeless service providers, especially when it comes to providing support to irregularly-residing migrants, including EU citizens.

At FEANTSA we defend the access to services for all, regardless of the individual’s administrative status, and we’re aware of the challenges that our members have been facing and the difficult decisions they have to take. We are calling on all public authorities to work with us to find solutions.