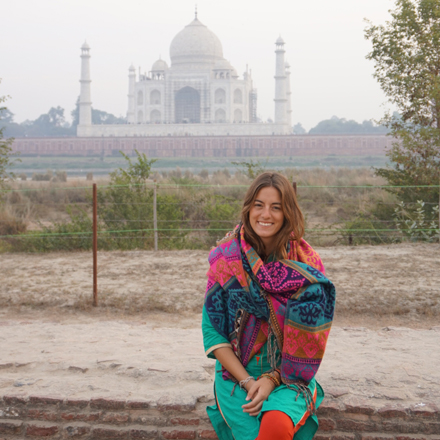 Life is a result of coincidences that you never know whether to attribute to randomness or to the existence of a super power that does with you what he/she wants.

I was at Heathrow Airport in November on my way to Colombo, when I read that there was a vacancy at World Habitat, an organisation in Coalville working to promote innovative housing models around the world. The first thing I thought was that it was a sign of the super power. A job in England and I’m at an English airport? I left the mystical nonsense and remembered how difficult it is to get a vacancy in the third sector.

Let’s face it, the labour market does not wait with open arms for recent graduates who want to dedicate themselves to the already highly exploited phrase: “Make this world a better one“. I graduated from the University of Granada, and according to my experience and that of my colleagues, if you have graduated in politics, cooperation, sociology or similar careers, the obstacles to start working are gigantic. In Spain, as in many other countries, the options are usually three:

1) Applying for a Masters that costs a bomb and then wait to be placed in an unpaid internship with the hope of being hired afterwards;

2) Work unpaid to gain experience in the field, but for this you need to have enough money already, or;

3) Earn money doing anything else while you apply for jobs / internships in every corner of the world, no matter how remote they are and pray to the Gods you get a call for an interview.

The third option was my choice.

I am 25 and since I finished my studies my experiences in the third sector haven’t been very positive. I have witnessed how many jobs depend on the connections you have and the hypocrisy that many organisations have integrated in their functioning, all masked under an image of transparency and neutrality.

The days went by and I kept thinking about the position. What if this organisation is really looking for young talented people to give an opportunity to? I was around the villages of northern Sri Lanka and a consecutive week of torrential rains seemed to be the perfect opportunity to start my application and give a second chance to what I always believed to be my professional future – to work in defense of rights: human, social and economic.

My application was taking shape. It wasn’t easy – they weren’t just asking for the typical cover letter and CV. I also had to upload a presentation of an interesting housing project. I submitted my application and continued with my life, on the one hand excited at the possibility of being selected and on the other, cynically accepting that I would never hear back from them.

The days went by and to my surprise they had chosen me for the interview. When I was reading the mail and the steps that I had to follow for the interview, my first reaction was to give up. I could not believe it, again this was not a mere conversation to know me, I was required to complete several tests of analysis and writing. I practised in front of the mirror, with friends, with Sri Lankans, with other tourists I knew. All Hiriketiya (a village in the south of Sri Lanka) knew that I had an interview with an organisation in London, because for almost anyone when you mention a job in England, they assume it is in London, as if humanity were extinguished outside the capital.

The day of the interview arrived and obviously I was practicing six hours in advance. Ready, Set, Go! The e-mail sounds and I receive everything I have to do. After several tests to be done in record time, the moment of truth arrives, to put a face to the email’s name. Skype sounds and I take a few seconds to accept the call. I still have my brain squeezed, but here we go! We all greet each other, and the final countdown starts. I’m as nervous as when you’re going to get your driving license for the first time (I got it on the third attempt). Absolutely everything I had practised, everything I had been told not to say and all I thought to say, disappeared from my head, controlled by my nerves I was revealing my true self and any kind of rehearsed conversation faded. So, there I was, in short sleeves in front of four unknown people with jackets and scarves, talking non-stop and without any filter.

The interview was fluid and totally different from the ones I had done in the past. I could sense the complicity of the team, the inclusivity that they boast, the transparency of their functioning, and their innovative character. I felt capable to express all the ideas I had in my mind and they were willing to listen to them with interest. It was time to finish and I didn’t know what I had said or what image I had given, everything went so fast and natural that we said goodbye. At times I was proud of myself and others I felt totally embarrassed.  In any case, it was time to start celebrating my 25th birthday. 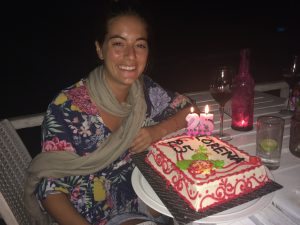 Two days later, I received the expected e-mail: Dear Lorena, we would like to inform you that … Before I got that far, I gave the phone to the person next to me to read it. The news had travelled all over Hiriketiya – the post was mine and I was moving to England in two months. I could already imagine eating fish and chips, speaking with a British accent and drinking tea every afternoon.

And this is my story of how I ended up being an Intern at World Habitat. It’s a new challenge that I am excited to accept, where I hope to bring a new perspective and take advantage of all learning opportunities, always giving the best of myself.

To all those who have just graduated or are starting in the labour market, I encourage you not to lose hope. Surely there are more organisations in small places like Coalville with an international vocation, who are waiting for your CV!