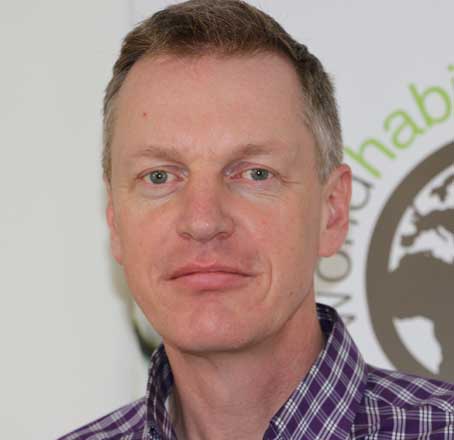 In housing there are things that make your heart leap and others that make you want to weep. In my first two months as World Habitat’s new Director I have seen both.

My first days here were at a consultation we ran on scaling up Community Led Housing. The phrase may not get the pulse racing, but the idea should. Simply put, groups of people build their own homes together.  It’s how much of the world creates its housing, but the idea has not yet become mainstream in the UK. When I meet communities who have built their own homes, it’s obvious why it works. There is no need for a developer (and hence no need for a developer’s profit).  No need for an extensive management infrastructure or allocation system.  Communities can spot the land and choose where they want to live. This means a more efficient use of small plots of land and people get to live where they choose. It leads to amazing places to live, like the award winning straw bale cooperative LILAC, or the wonderful riverside Lancaster Cohousing project. It’s clear to me that these approaches create better homes because they are shaped by the people who live in them.  The challenge is how we can do more of it. Here too there was inspiration; FUCVAM the federation of mutual aid housing cooperatives in Uruguay, a recent World Habitat Award winner, attended the consultation.  We heard how their members have built homes that now house tens of thousands of people in Uruguay and how their model for mutual aid housing has been adopted in more than 15 countries in Latin America and beyond.    Could the UK do the same?

When an idea is this good, it’s a challenge that we must rise to.  The very reverse greeted me in Liverpool. The Welsh streets consist of five hundred mid nineteenth century terraced houses. One was the birth place of Ringo Starr. Until a few years ago they provided homes for five hundred families. But a government program that paid councils money for demolishing houses saw them earmarked for the bulldozer. Families were moved out. Millions of pounds were paid in compensation and purchase costs. The original idea was that the land would be transferred to a developer so that new houses could be built. But the developer pulled out, leaving plans for just part of the site to have 150 houses built on it by a housing association. The whole scheme has dragged on for ten years. The community, many of whom were promised new homes, have been dispersed. This month, after the Secretary of State called in the planning decision to demolish the houses, it ended up in a public enquiry where I was called to give evidence. Today the area is a sad and empty ghost town. One where the community has no control, and has not got the homes they deserve. I am tempted to say it’s Community misled housing. However, even here, there may be hope.

This month I visited the amazing Solar Decathlon, held in Versailles, France. It’s a competition that promotes the best ideas for creating solar powered and low emission homes in Europe. Now in its twelfth year, the entries this year provided inspiration that not only can new buildings be better, but old ones can too. A fantastic entry from the Netherlands “house with a skin” demonstrated that, for the price of a loft conversion, an old terraced house can be turned into a modern, virtually zero emission home, by recladding it from the outside. The real beauty of it was that the work can be carried out in a few days without a contractor even needing to step inside the house.  It’s a gentler, less antagonistic and ultimately far cheaper way of making people’s homes better. Crucially, like all good ideas in housing it puts the community first, keeping them together, and making their life better.  It’s an idea that truly makes your heart leap.

13 hours ago 🌟Weekend Viewing🌟 The replay of the highly acclaimed 'Social Housing and Housing First as a solution to eradicate… https://t.co/wGfb8RfG4P