Home / News / Our Blog / Nairobi – a city of contrasts

Nairobi – a city of contrasts 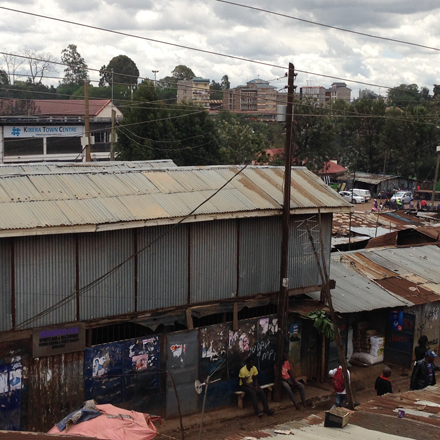 In honour of World Africa Day I’m looking back on my recent trip to Nairobi, Kenya, my first experience of sub-Saharan Africa. Here we went to the 26th session of the Governing Council of UN-Habitat and presented the trophies to our World Habitat Awards winners for 2016-17, More than Housing and A Roof, A Skill, A Market.

As one of these winners, A Roof, A Skill, A Market, operates across West Africa it was fantastic to see the interest in the project shown by so many at the Governing Council. The project, run by the Nubian Vault Association, has revived an ancient technique for building earth roofs for homes and community buildings, in replacement of unsuitable, unsustainable metal roofs. With the use of local materials this addresses the issue of climate change, and focuses heavily on the training of masons to develop skills and generate incomes.

Cécilia Rinaudo, who received the trophy on behalf of the project, described how they overcame the challenge of persuading people that the technique actually worked! People believed that the new earth roofs could not possibly last – they particularly thought there was no way they would withstand the rainy season. But after seeing that in fact this wasn’t the case, that the buildings remain in place, have improved thermal comfort and are cost efficient, people wanted to get involved. Now expanded to five countries, the next step for the project is to expand more widely across Africa with replication of the technique. We look forward to following and sharing their progress!

Outside of the UN compound we saw a little of the city of Nairobi – undoubtedly a city of contrasts. Large forests, informal settlements, boutique guesthouses, fancy international hotels, construction sites, residential flats, gated communities, shiny skyscrapers – the inequality is clear.  Throughout the week we took the opportunity to visit some of the informal settlements in the city to learn from projects working to improve the lives of those living there.

Slum Dwellers International (SDI) is a network of community-based organisations working to support community-led housing and upgrading of settlements in Africa, Asia and Latin America. Emily and Nancy, two community members, spent an afternoon showing us informal settlements at various stages of upgrading. They took us to meet David, a community leader in Huruma, who showed us some properties which had replaced the original tin roof shelters. Many of the properties along the main road were now brick built up to four storeys, often with a shop or other business on the ground floor and then rooms for the family above. Behind the main road the original shelters remained and were next on the list for upgrading. David explained the model to us which operates as a community savings scheme. This means members pay very small amounts of money into ‘the basket’ as they called it, which is then lent out to different families on affordable terms in order to upgrade their home.

Afterwards we were taken to another area close-by where the scheme was completed and all properties were now fully upgraded. It was fantastic to meet a very inspiring woman called Suzanne, the community leader there. She explained to us the challenges they had faced. People were initially wary of change, but after seeing the finished new buildings they were persuaded to get involved and become members. The work is community-led and partially self-build – Suzanne had travelled to India to learn the techniques herself as part of peer-to-peer exchanges organised by SDI. Now she not only helps with building homes, but also trains others to do so. The community works together, each providing different skills so everyone has a stake in the completion. The finished buildings, although currently on government land, will eventually belong to the community and they are in the process of obtaining deeds in their own names which can be passed onto future generations. Although small, the pride in their homes was evident and we heard how now having their own kitchen to cook in was something special. 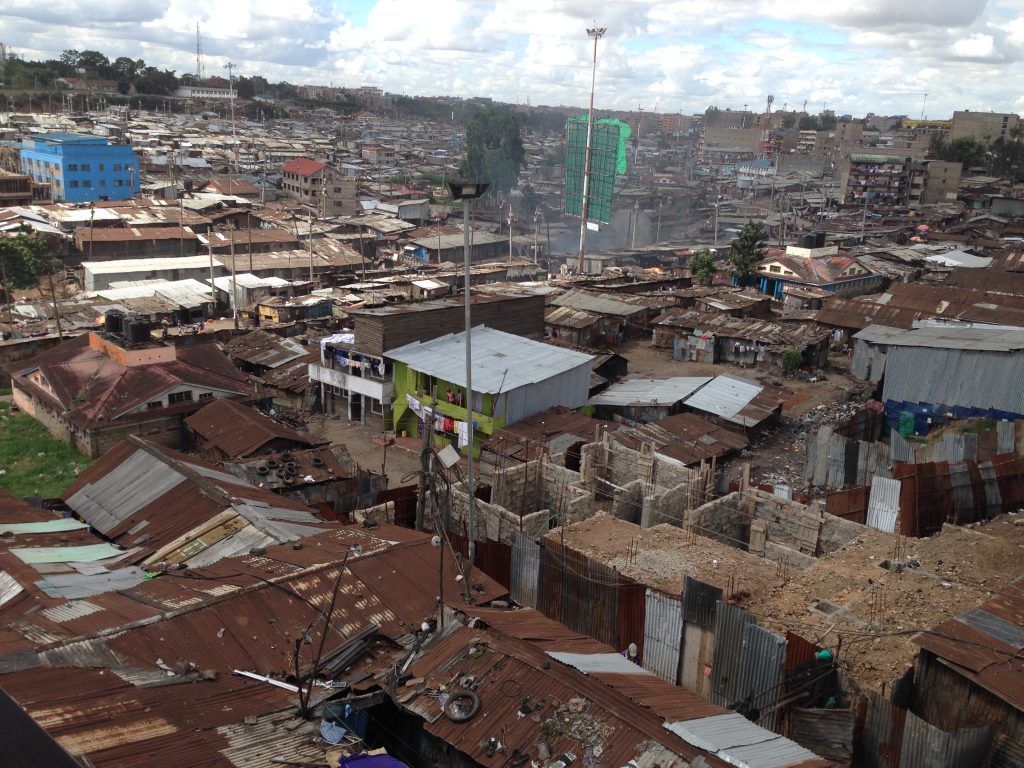 The following day we went to visit one of our World Habitat Awards finalists for 2016-17, Promoting Eco-sanitation in Informal Settlements. This project run by the Umande Trust aims to improve sanitation and health in informal settlements in Nairobi. Poor sanitation, due to a lack of toilet facilities and access to water, leads to poor hygiene and disease which spreads quickly in densely populated settlements. We went to see Kibera, which is thought to be the largest informal settlement in Africa and amongst the largest in the world with an estimated 500,000 residents, to see the impact there of the facilities provided by the project.

The idea behind the Umande Trust’s model is quite simple. Bio-centres are built with toilets and showers on the ground floor. A large digester underground converts the waste into bio-gas which is then used to power lighting and cooking facilities. The benefits to the community are vast – preventing open human waste disposal, improving health and dignity, and providing affordable fuel for low-income communities.

Individuals pay a small amount to use the toilet or shower and the income is then circulated back to the community. 60% goes directly back to the community groups managing the centre who collectively choose how to spend it, 30% funds staff and other expenses at the bio-centre, and the additional 10% goes to the wider fund to be distributed to others.

Sanitation is just one very important focus of the project. Bio-centres also act as community hubs and all are unique, depending on the community’s needs. They can provide advocacy services, youth facilities, after school computer access for children and meeting spaces. The top floor of one bio-centre we visited had even been converted into a screening room for football matches, and another a betting shop! 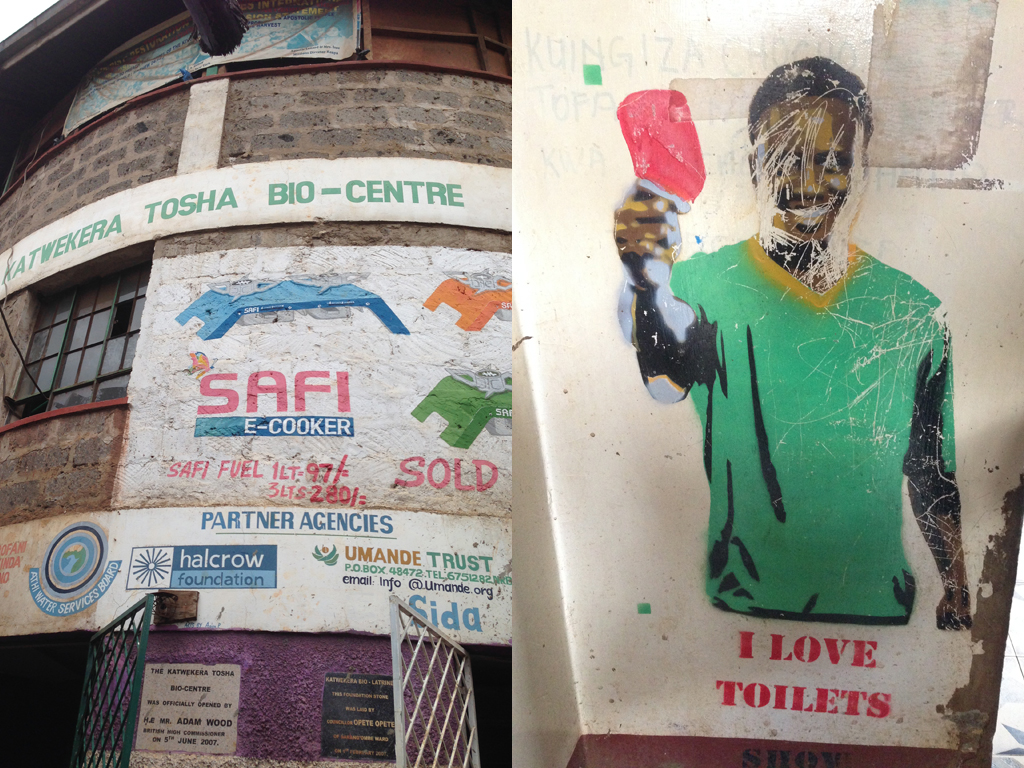 Despite the evident poverty Kibera was a wonderfully vibrant area full of small businesses, music and enterprising young people. Many living here work in the city. Disease isn’t contained within the boundaries of an informal settlement – the benefits of improved sanitation are widespread. It was impressive to see the vital work done by this great project in achieving this.

All of our World Habitat Awards winners and finalists working across Africa can be found here. For more on World Africa Day follow the hashtag #AfricaDay2017.