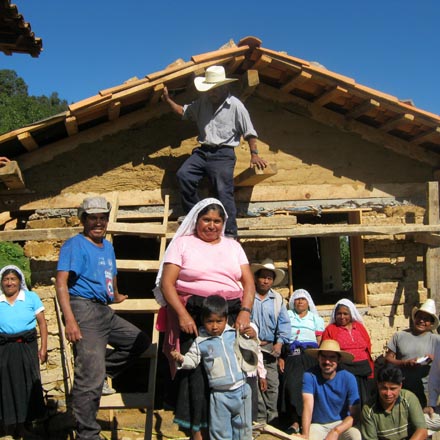 The scale of hardship that millions of indigenous peoples face across the world is staggering. They have been displaced, evicted and sometimes even murdered while trying to protect their rights and their cultures. Today, on International Day of Indigenous Peoples, it’s vital we focus on their struggle, the positive progress being made and to consider that their fight is our fight for a more sustainable and equitable planet.

There are around 370 million indigenous peoples from 15,000 different groups living in more than 70 countries across the world. While one in every 20 people in the world is an indigenous person, they account for around one in seven of the world’s extreme poor.  And the scale of inequality is huge between countries’ indigenous and non-indigenous populations. Inadequate living conditions and the lack of access to housing, education, healthcare and other basic services are clear manifestations of poverty and exclusion among indigenous peoples and communities.

They continue to face threats of eviction and displacement from their ancestral lands. The problem lies in the lack of legal recognition of their rights and resources. They often don’t have formal land titles or are invisible from official government land registries which makes them susceptible to land-rights violations.

Because their land is their means to survival, indigenous peoples are vital stewards of our environment. Losing their land means losing their homes, resources and livelihoods which can drive them further to extreme poverty. It can also mean losing their lives. They are massively overrepresented among land and environmental activists killed in recent years for defending their land, forests and rivers against the takeover of their land and resources for development or ‘conservation’ projects.

Poverty and land dispossession are pushing indigenous peoples to move to urban areas where they often experience even worse living conditions, marginalisation and difficulties in maintaining their indigenous culture and values.

But despite this some progress is being made around the world which demonstrates the strength and resilience of indigenous peoples to assert their rights and bring about change.

Concerned citizens and local communities have become more aware of the challenges that indigenous populations face and are collaboratively working with them. The Tarayana Foundation in Bhutan is supporting the Olep ethnic group – a nomadic hunter gatherer community living in a remote part of the country – in leading their own development through housing improvement and capacity building. And EPIC Homes is engaging volunteers and companies to participate in building adequate housing for Orang Asli indigenous families in Malaysia.

Whilst we celebrate this progress, shouldn’t there be more of this happening? Do you know of other inspiring examples? We would particularly like to hear from indigenous communities and what they are doing to defend their homes, their lands, their livelihoods and culture.

If we are truly concerned about achieving the Sustainable Development Goals and protecting the world’s precious ecosystems, we ought to be working with indigenous peoples and communities to address these challenges. And that starts with protecting and recognising their rights to their land, culture and resources. Securing indigenous people’s land rights is key to solving poverty, conflict and climate change. If we protect their rights, not only do they benefit (as they should) but we also protect our planet.