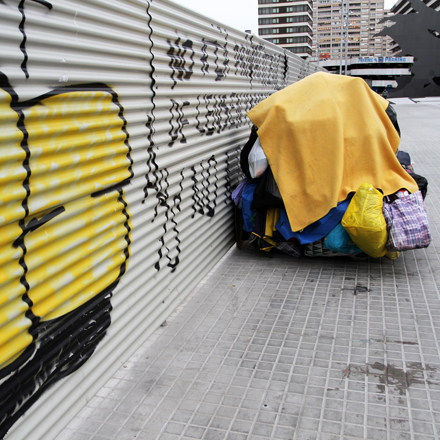 Something remarkable – that may have slipped your attention – has been happening in Scotland over the past couple of years. It was in May 2017 at a conference in Stirling that the first national discussion on Housing First took place. Event organisers, Housing First Scotland, knew of the overwhelming evidence for the potential impact of Housing First – in contrast to the low-level delivery of the model across the country. They knew that the only way to test whether this single policy change could have the desired impact on street homelessness, delivered through local partnerships, was to significantly scale up.

The big ‘take-away’ headline message from that event was – ‘it’s a no-brainer – just do it’. And by last year’s conference, the focus had moved forward to a new national commitment to scale up Housing First.  The winds of change were blowing in the right direction: political commitment, new resources, people and organisations were actually working together, and a solid evidence base was being built.

That year, Social Bite launched the Housing First Scotland Fund using the millions raised from their Sleep Out in the Park.  In addition, the Scottish Government pledged a further £6.5 million to help transition to a Housing First approach in partnership with Social Bite, local authorities, third sector organisations and housing providers.

The resulting Pathfinder Programme set out to house 830 people by March 2021 in Aberdeen/shire, Dundee, Edinburgh, Glasgow and Stirling. As World Habitat had been working with partners in Glasgow since 2016, as part of the European End Street Homelessness Campaign, this was particularly good news. Housing First Scotland updates their monthly progress tracking towards this target.

Fast forward to May 2019’s Housing First Scotland conference – I was one of 350 people in Edinburgh for a truly inspirational day with speakers from both the stage and floor sharing learning, challenges, failures and encouraging each other to succeed. Our campaign partners, The Homelessness Network, said this event represented a landmark for Housing First advocates, making it a reality in Scotland.

Congratulations are in order to everyone who has been involved in the amazing achievements to date. While the origins of Housing First’s momentum in Scotland go back to 2010, the very real and significant progress made since that May 2017 conference is truly remarkable.  Two days, two months, two years – these can be extraordinarily long times on a personal level when you’re homeless or waiting for something to happen that affects your day-to-day life.  But in truth, two years is not a very long time to begin the process of substantive change to policy and practice at a national level.

There are of course challenges ahead for Scotland and for every person and organisation that will be involved in this transition. Success will need a whole sector approach – not just housing. And funding and support from all levels of the public sector that benefit from reducing homelessness are essential.

One participant at that May 2017 conference set out the challenge quite succinctly: “It’s not just changing a housing system – it’s about transforming a nation so all its citizens can flourish.”

By talking to people experiencing homelessness, people working on the frontline, and those who can influence policy and practice – much of the work has already been done to gather and assess the evidence of what works. In order to scale up effectively, there are plans to roll out training to support frontline staff in the transition, to provide written guidance on Housing First with clearly stated principles, and a Community of Practice to build relationships and share learning between practitioners.

Mick Wright, one of the first to be housed through the Pathfinder Programme, said:

“All I can say about Housing First is, it works. Of the guys I knew from the hostel who got a flat, none of them have failed, not one has gone back to being homeless. It’s meant that I can have my kid round and we have a proper relationship. It’s just normal, making a cup of tea or waking up in my own bed – for all this I’m very grateful.”

That’s what Housing First means – people having the opportunity and foundation to live their lives.

2 hours ago RT @yiorgos_pap: Join @Center4CLTs in celebrating the community land trust #CLT movement, give visibility to the growing community of CLTs…

1 day ago ..to increase how our European partners build an evidence base for #whatworks, learn from failures & develop indica… https://t.co/FnM0x5wUXF