Home / News / Our Blog / Because the land is ours

Because the land is ours 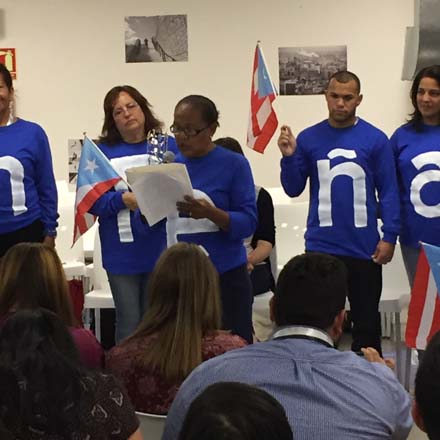 At Habitat 3 in October 2016, World Habitat Awards winner 2015-16 Caño Martín Peña Community Land Trust received their trophy. Carmen, a member of this community, gave a powerful, poignant and thought provoking speech as they accepted their award. Here is a translation of her speech:

“When they built our neighbourhoods, our grandparents and the immigrants who arrived after them never imagined that, from so much marginalisation and poverty, we would one day be singing the praises of Puerto Rico. I was born and raised in El Caño, in the wetlands, which were transformed into houses and communities by the peasants who moved to the city looking for a way to support their families.

I saw how, over time, the neighbouring communities began to disappear. They were taken over and huge apartment blocks were built for other people. I saw the city growing around us. I saw how our Caño Martín Peña channel was disappearing too. There was no water flowing into it anymore and our community was getting overlooked.

For the past 15 years we’ve been fighting to have a better quality of life, a clean town, decent housing with sewage systems, and to live without fear of rain or contaminated flood water. We formed the G-8 group – not the group of nations, but of empowered communities. We planned for our future in a participatory way, bringing others to the table and creating a great alliance to make our ENLACE project for Caño Martín Peña a reality. Without even realising it, children, young people and adults planned and made our city. 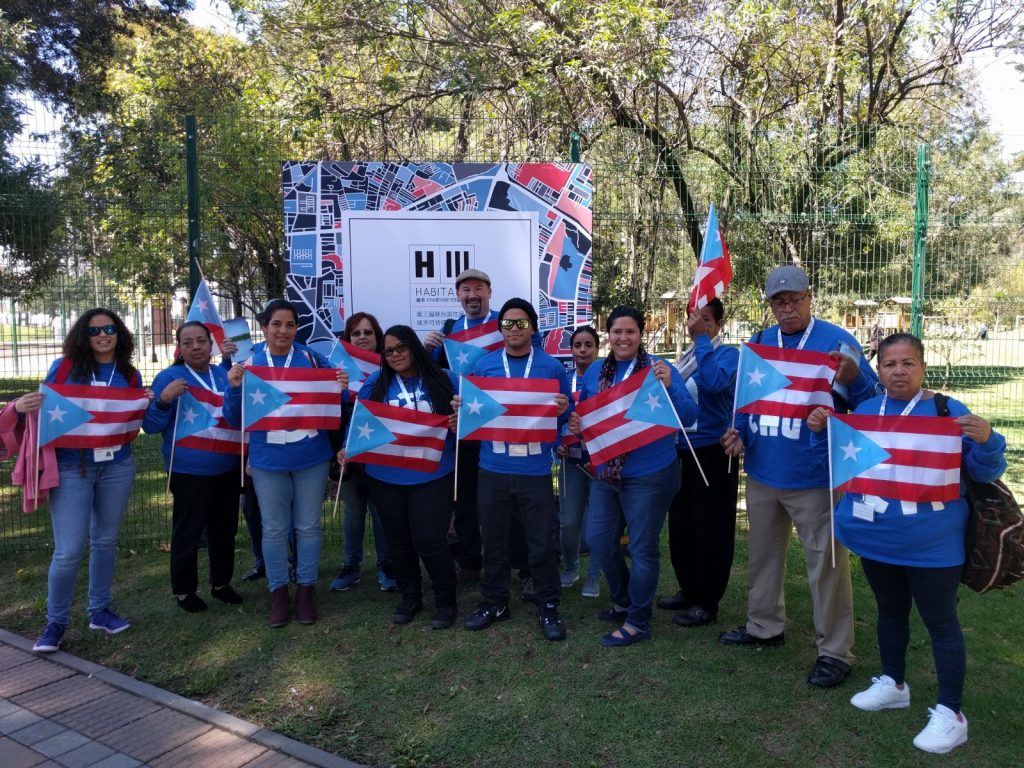 Little did we know that the solution we built together in endless meetings, workshops, assemblies and street campaigns, with the aim of avoiding the displacement of the community, would be recognised as innovative. Through our Community Land Trust, we collectively own 200 acres of land set in a privileged location. Each family owns its house and its surface right. To avoid speculation and relocations, we rejected the individual property titles that politicians used to gain votes, and instead we opted to make our neighbourhood permanent.

The changes we have made to get to this point have not been easy. We have had to stop thinking at an individual level and see ourselves as a collective. We have faced a continuing threat from those in power and we have come to realise the same power lies within us. They have taken away our lands and we have recovered them. Today we can say that the land is ours. We have earned respect from all sectors. When the award was announced in February, David Ireland said, ‘El Caño could claim to be one of the most democratic places on the planet.’

My neighbours and our allies who are with me today feel great pride in bringing this joy to our country, Puerto Rico. We feel empowered to face what is coming. We dedicate this prize to the people of El Caño and all those who have supported us and continue with us in our fight for environmental justice and the right to health and decent housing, on equal terms. The Community Land Trust is evidence of the massive potential we have as a community to achieve a goal. Because the land is ours. El Caño Lives, The Fight Goes On!”