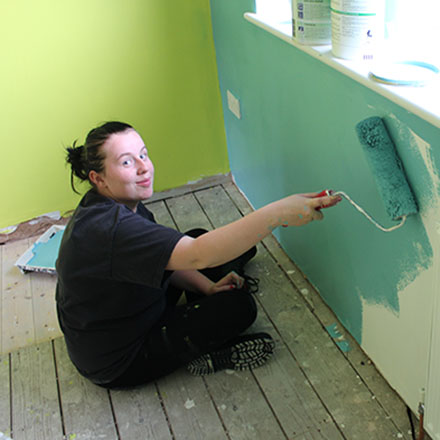 “Of all the joy that Christmas brings this news was surely the best. The government’s announcement on 23rd December of £60 million a year to help fund community-led housing projects in England was not a surprise, but it is hugely significant. This is the first time in a generation that major government investment has been made into this sector. It provides a real opportunity for the sector to deliver substantially more homes than it has ever done before and help fill the gap left, not only by houses being turned into second homes, but the enormous national shortfall of affordable homes.

Details for the first year of the £60 million annual Community-led Housing fund (announced in the March 2016 Budget) have now arrived. In year one the funding is being allocated directly to 148 local authorities based on levels of second home ownership and housing affordability and World Habitat has sent some initial guidance on community-led housing, which has been circulated to relevant local authorities. Work is underway to identify points of contact for local authorities where local services already exist, establish where there are gaps and how appropriate coverage can be provided.

The government has indicated a strong preference for a coordinated response to this opportunity from the community-led housing sector. The work starts here. It’s not going to be easy, but if the sector works together, it has all the experience, skills and drive it needs to achieve something momentous.

You might already be aware that World Habitat is supporting the development of a Community-led Housing Alliance, details of how to get involved are online.

Power to Change are committing an initial £1m to fund the early stages of community housing projects in urban areas of England. The funding is intended to help local groups move from their early plans to getting the first spade in the ground, and to catalyse activity among other funders, to collaborate on early-stage funding of community-led housing initiatives.

Big Society Capital has announced a facility to increase development capital for larger, mainly urban community-led housing projects. It is expected that projects will require a mix of funding, as well as an element of subsidy, such as gifted land, and/ or grant funding.

The Cooperative Councils Innovation Network Housing Commission has been launched with the aim of encouraging and enabling local authorities to support community-led housing. Set up by the Co-operative Councils’ Innovation Network and led by Croydon Council, the Commission aims to develop positive responses to recent changes in funding and legislation and show how co-operative, community-based solutions can help to boost housing supply, involve local communities, and safeguard and deliver new affordable social housing.

I have also been encouraged to hear about the recent decision to create a formal collaboration between three national community-led housing organisations.  The National Community Land Trust Network, UK Co-housing Network and CDS Cooperatives are now sharing office space and working more closely together to support community-led housing.”

18 hours ago 🌟Weekend Viewing🌟 The replay of the highly acclaimed 'Social Housing and Housing First as a solution to eradicate… https://t.co/wGfb8RfG4P