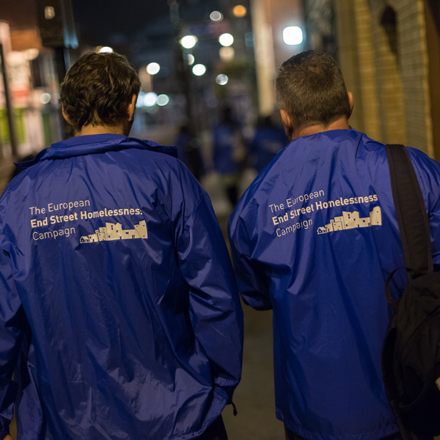 Led by Evolve Housing + Support, 100 local people will volunteer and take to the streets of Croydon to find out more about those sleeping on the streets. The data collected will be compared with the results from the same survey carried out one year ago. The aim is to follow the progress made so far and find new ways to help those experiencing street homelessness.

Their Connections Week 2.0 will run from 15-17 August 2017 followed by a public presentation of the findings on 24 August. Representatives from Leicester and Brighton, two cities joining the wider European campaign, will be going along to Croydon in preparation for their own Connections Week later in the year.

Read more about Croydon’s progress and how they’re sharing their experiences with other cities across Europe in this blog.