From design to management – a revolutionary approach to social housing in the Netherlands.

The Space-S social housing estate in Eindhoven in the Netherlands is unique in that its design, development and management have been led by its residents. It is a hugely successful example of a project that has taken the principles of community-led housing and applied them to a housing association development.

The collaborative project, designed and developed by Eindhoven architects’ firm – Inbo, a housing association – Woonbedrijf, and the residents themselves, began with an open call – online and through local events – for prospective tenants interested in participating in the design of the space. This included reaching specific marginalised groups who were invited through social organisations.

More than 1,000 prospective tenants responded and took part in the project which aimed to offer high-quality affordable housing in an inclusive community, on the former industrial base of electronics giant Philips. Residents had a strong influence over the design of the space, through workshops organised to ensure the design processes were inclusive and accessible.

The project provides high-quality accommodation for around half the price of a similar apartment in the city centre and encourages people of all age ranges to live side-by-side. It includes homes for young people with learning difficulties, for people with autism and accessible to people using wheelchairs. All residents have incomes below the threshold for accessing social housing, with around three-in-five (60%) receiving government rental support.

This approach has created a continued sense of resident empowerment and community cohesion. Residents are strongly committed to the project and proud of the part they have played in it. Around 600 residents continue to manage many aspects of the estate and to initiate new ideas for its development.

The Space-S social housing estate in Eindhoven in the Netherlands is unique in that its design, development and management have been led by its residents.

The collaborative project, designed and developed by Eindhoven architects’ firm – Inbo, a housing association – Woonbedrijf, process manager 12N Urban Matters, and the residents themselves, began with an open call – online and through local events – for prospective tenants interested in participating in the design of the space.

Initially, more than 1,000 prospective tenants took part in the project which aimed to offer high-quality affordable housing in an inclusive community.  Around 600 residents continue to manage many aspects of the estate and to initiate new ideas for its development. The project provides high-quality accommodation for around half the price of a similar apartment in the city centre and encourages people from all backgrounds to live side-by-side, including the most vulnerable.

The estate, based on a site called the Strijp-S, is part of a large-scale scheme to regenerate a vast former-industrial site that was previously the main manufacturing base of electronics firm Philips, which wound down its activities over a 20-year period from the late 1990s. Philips had been the largest employer in the region and the closure of its plants made thousands of skilled engineers and researchers redundant, many of whom wished to remain in Eindhoven.

One of six residential areas in the Strijp-S, Space-S is an independently developed and funded initiative. Woonbedrijf conceived and funded the project while Inbo worked with future residents to design the buildings and community spaces, through workshops organised to ensure the design processes were inclusive and accessible, including to people with disabilities, learning difficulties and autism.

This approach has created a continued sense of resident empowerment and community cohesion. It is a hugely successful example of a project that has taken the principles of community-led housing and applied them to a housing association development.

Developed and financed by Woonbedrijf without public subsidies, the project aimed to provide a creative and participative housing estate for people on lower incomes. A 30,000m2 plot was specifically identified by the municipality and offered to Woonbedrijf. Dutch social housing associations are private, non-profit enterprises that pursue social goals within a framework of national laws and regulations. Collectively they own 3 million homes – three-in-four (75%) of all rented housing in the country. Most housing association homes are social housing, meaning that they are let at below market rents to people on low or lower-middle incomes.

Space-S comprises 402 apartments across a cluster of seven buildings, with publicly accessible collective green outdoor spaces in between, including courtyards and rooftop gardens. It is a mix of different housing types: apartments, lofts, student housing and homes with extra space for specific hobbies or work. In addition, there are ‘protected living studios’, which are developed and rented out in collaboration with social organisations for particularly vulnerable groups.

The Space-S project began in December 2012. The aim was to change the social housing sector by giving residents control over development from the very beginning, at the design phase, and creating an inclusive, affordable community in which students, families, professionals, single people, couples, people with learning difficulties and disabilities, and international students live side by side.

Potential future residents were invited to participate in the project through an open call on social media and local advertising, including specific marginalised groups who were invited through social organisations. Commitment to Space-S was paramount from the start. The greater their participation, the better their chance of securing an apartment (with exceptions made for those who found participation more challenging).

Between 2013 and 2014, meetings and workshops ensured an inclusive design process, before preliminary designs were drawn up. The design process took place in rounds, through design ‘labs’, which addressed specific topics that the future residents wanted to discuss. Once the final design was confirmed and permits were granted, construction work began in 2015. The project was completed in June 2017.

Space-S residents continue to manage the project and are responsible for rent collection, renting out empty apartments, management of communal spaces, and the organisation of new initiatives.

There is no comparable project in the Netherlands in which residents have had such a strong influence over the design of a space and running activities. The residents were so engaged that they created an alternative plan for the plot, envisioning more buildings than were foreseen by the urban planner responsible for the area (who recommended one or two). They also changed the standardised layout of apartments, to allow for variations to meet differing household needs, and emphasised the use of communal and green spaces. The residents were able to convince the municipality to accept their plan.

The project provides secure, sustainable long-term housing for residents. Rents at Space-S are at housing association-regulated rates. This means almost all are below the rent allowance limit and significantly lower than average rental prices in Eindhoven. The estate also contributes to the wider regeneration of Strijp-S, which boosted the city economy and changed its core purpose from that of an industrial city to a creative and innovation hub. It has also allowed a wider mix of residents, including people on low incomes and people with disabilities, to take part in and help shape this regeneration.

Community co-operation and local cohesion are at the heart of Space-S. Through their involvement from the beginning of the project, residents developed a collective sense of investment and pride in the project. The design of the buildings encourages strong community bonds through shared spaces and encourages intergenerational living.

The abundance of greenery in the design promotes biodiversity and has other positive effects, including the absorption of fine dust, the limitation of temperature fluctuations and minimising the drying out of soil.

Inbo has been involved in a number of projects in the Netherlands where it has used a similar approach to Space-S, but the project and its approach have not yet been adopted by other organisations on this scale. The main barrier to preventing further transfer is that, within the social housing sector, there is an assumption that involving residents takes more time and money – with Space-S, this was not the case.

Inbo believes that the positive outcomes of the co-creation process used in Space-S are becoming more apparent and they continue to see strong interest for the project. 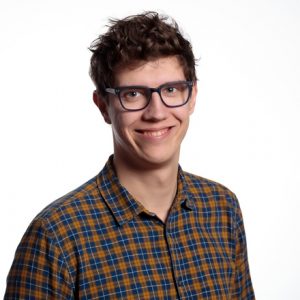 Thursten is 28 years old and has lived in Space-S from the beginning.

Diagnosed with autism, Thursten rented his first place via Futuris Zorg & Werk, who guided him through the process of living on his own and getting into the world of work. At first, Thursten didn’t know anyone at Space-S, but when he saw that there were activities going on in the community centre (the “buurthuis”), he was able to make his first steps. Soon, he was able to get in touch with the other residents and eventually he joined the residents’ association – he saw the need for Futuris to be represented and decided to take on the role himself.

Thursten and his girlfriend now rent their own apartment at Space-S. He continues to be active in the community and helps out with projects such as the website for Space-S.

“The great thing about Space-S is that it’s a mix of people. The project has given me the chance to live amongst all kinds of people. This makes it easier to come out of your shell and get in touch with others. It is much more accessible, the limitations here are much smaller. I myself am very open and I can talk quite easily. Although I see that this can be more difficult for other people, contact can also be organised through the group chat. If you ask to borrow a drill from someone within the group chat, there is always a positive response. New residents also receive a welcome package, which is great because then you know who to contact if you have any particular questions. Space-S doesn’t solve all of your problems, but if you live here it’s much easier to meet new people and to get in touch with others. You’re not special, you’re just one of the group! That’s Space-S.”

Housing Monitor: Monitoring and Advocating the Right to Housing for Vulnerable Communities

7 hours ago At #ISHF2022 we’ll explore the many avenues to the right to #housing & how we must act to #EndStreetHomelessness on… https://t.co/sqK2rUl8Xn

1 day ago Is it time to Unite? Is the question being asked this Thursday by @CoopHousingIntl as they are joined by an expert… https://t.co/HulYzVgcd8

1 day ago RT @urbaMonde: On June 7, you'll hear from the inspiring work of Jacinta Mwelu at Muungano wa wanavijiji in #Kenya, focusing on micro finan…