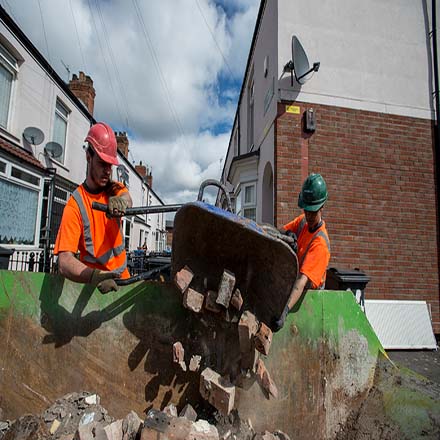 On Friday 23 September two separate charities from the North of England Canopy (based in Leeds) and Giroscope (based in Hull) will be presented with their World Habitat Award trophy.

These two charities are pioneers in a movement of UK housing known as ‘Self Help Housing’. They train homeless and vulnerable people to renovate abandoned properties and bring them back into use. The completed houses provide low cost homes for homeless local people who are homeless or in housing need.

Their innovative work has earnt them global recognition. In February 2016 they received the World Habitat Award from the Building and Social Housing Foundation in partnership with UN-Habitat. They were chosen as winners from entries around the world.

David Ireland, Director of World Habitat said: “For many people Canopy and Giroscope provide a lifeline that other organisations overlook or rule out. At the heart of this work are people. Disadvantaged and isolated people get the chance to learn new skills and develop confidence on their way to being properly housed and employed. These two charities have also inspired over 100 organisations in the UK to follow their Self-Help Housing model.”

The presentation will take place from 11:30am – 12:30pm on Friday 23 September at the Tetley, Hunslet Road, Leeds LS10 1JQ. Director of Environment and Housing at Leeds City Council, Neil Evans, and World Habitat Director, David Ireland, will present the trophy.

Canopy and Giroscope won the World Habitat Award in 2015 for Self-Help Housing in the North of England. They were chosen from more than a hundred entries from around the world. In October 2016 they will attend Habitat III in Quito, Ecuador to showcase and internationally be presented with the award for their work.

The World Habitat Awards were established in 1985 by the Building and Social Housing Foundation as part of its contribution to the United Nations International Year of Shelter for the Homeless. Two awards of £10,000 are given annually to projects that provide practical and innovative solutions to current housing needs and problems.

Full details about World Habitat Awards can be found on the website.

Watch this short video on You Tube to find out more about award winning Self-Housing in the North of England.

4 hours ago RT @SuchiComments: @TheJagaMission - an idea - turned into - sustainable & replicable model - paved an answer to urban challenge like slum…

11 hours ago 🏡Are you solving a #housing problem? We're looking for practical, innovative & sustainable solutions to housing c… https://t.co/2dIXOOZL02

11 hours ago RT @yiorgos_pap: Can we learn from your solutions to the #housing challenges we face? Apply by Sunday 12 March 2023. #AffordableHousing #E…