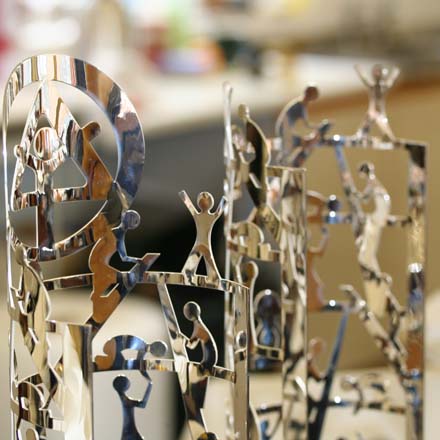 On Monday 17 October the winners of the World Habitat Awards 2015/16 will be presented with their trophies at Habitat III. Housing professionals and decision makers from around the world will be at Habitat III which is the United Nations Conference on Housing and Sustainable Urban Development. The two winners were chosen from submissions from around the world. And although thousands of miles apart from each other both projects demonstrate how empowered communities have transformed people’s lives by creating affordable and safer homes for those in need.

Caño Martín Peña Community Land Trust in Puerto Rico is one of the winners. The Caño Martin Peña Channel was once a waterway that ran through the middle of the Puerto Rican capital San Juan. Eight informal communities have organised themselves into a Community Land Trust to transform this polluted and flood prone tidal channel into a sustainable community. A Community Land Trust or CLT is a model of home ownership that develops and manages affordable housing on behalf of the community. It does this by separating the value of the land and the buildings. Land is held in perpetuity by the community enabling it to remain affordable for local people.

Canopy and Giroscope are joint winners. The first UK based winners for over a decade. They work in cities in the North of England and are pioneers in a movement of UK housing providers called ‘Self Help Housing’. These housing charities train homeless and vulnerable people to renovate abandoned properties and bring them back into use. The completed houses provide low cost homes for homeless local people who are homeless or in housing need.

David Ireland, Director of World Habitat said: “This really is an example of how the World Habitat Awards puts outstanding housing projects under the international spotlight and on the world stage. These winners deserve this recognition as they have gone above and beyond the call of duty to transform lives and ensure vulnerable people, families and children now have securer and safer homes.”

As well as giving recognition to these projects the awards aim to support the winners in scaling up their efforts and transferring their approaches to groups facing similar situations in different countries and contexts.

55 mins ago ⭐️𝙒𝙀𝙀𝙆𝙀𝙉𝘿 𝙍𝙀𝘼𝘿𝙄𝙉𝙂⭐️ All 10 of our European End Street Homelessness partners met recently for our ‘Annual Gathering… https://t.co/too7p7KRDB