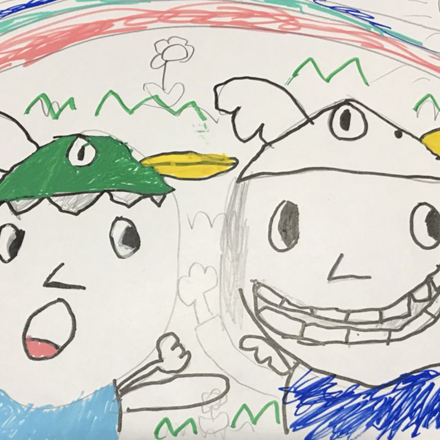 An organisation which tackles the stigma faced by single mothers in Japan while using some of the millions of empty properties has been named a Winner of this year’s World Habitat Awards.

Affordable and safe housing for single mothers is a scheme run by Little Ones, a non-profit organisation established in 2008 to support the rising number of single parent families. They work with property owners, estate agents and local government to acquire empty or abandoned homes. These account for 14 per cent of Japan’s total housing stock and are considered a huge problem. The properties are renovated using government subsidies and rented out to single mothers at discounted rates.

It can be hard for single mothers to find an affordable place to live because it is difficult for women to work after having children in Japan and they are often assumed to be financially unstable. Social stigma, lack of economic opportunities and sky-high living costs in cities like Tokyo mean the majority of single mothers and their children live below the poverty line.

The project has received national recognition for its work to eliminate housing poverty and has been identified as best practice in the management of Japan’s vacant properties. Since 2013, Little Ones has housed more than 200 single mothers using this approach, turning problematic abandoned houses into much-needed homes for a vulnerable group of women and children.

Resident Yoshiko Suzuki, who has a three-year-old son, said: “I was in a state of total panic when I received an eviction notice from the landlord and found out that I had to move out in ten days. I would become a homeless single mother. I came across Little Ones on the internet and I made a request to them for assistance and advice. They replied almost immediately with words of kindness and an open heart. Three days after I contacted them, they found me an apartment.  After my eviction and so many rejections, the apartment seemed like a dream to me and my son. This new home has given us a new start on life.”

Maimunah Mohd Sharif, UN-Habitat Executive Director, said: “Congratulations to Little Ones for making a big change for women and children. All women and children around the world – even in the richest economies, have the right to access adequate, accessible and affordable housing. At UN-Habitat, we advocate for housing for all, and for every family to have a place to call home.”

Leilani Farha, the UN Special Rapporteur on the right to adequate housing, said: “Little Ones is an ingenious human rights compliant project that uses the growing problem of vacant homes in Japan to address the stigmatisation and discrimination single mothers experience in access to housing. We hope that this hugely deserved World Habitat Award will encourage positive action from all levels of Government and society to give single mothers the support and opportunities they deserve.”

David Ireland, Director of World Habitat, said: “Little Ones has highlighted and found a solution to an issue that’s been neglected by society – supporting single mothers to live independently.”

The World Habitat Awards Advisory Group said: “This highlights a largely hidden problem, whilst attacking the stigma and changing perceptions of single mothers in Japan. The issues of child and youth poverty are not talked about enough here. It is important to be looking after this next generation and supporting families out of this cycle of poverty.”