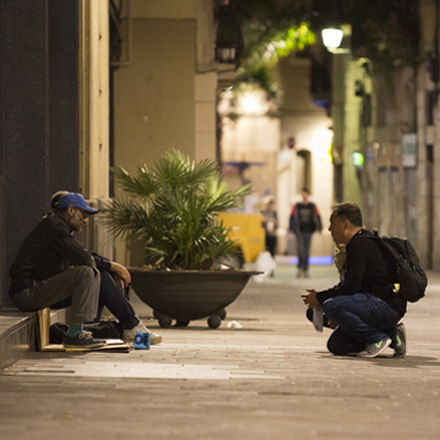 The European End Street Homelessness Campaign is a movement of cities that are working together to permanently house Europe’s most vulnerable people and end chronic street homelessness by 2020.

It was set up in 2015 by the Building and Social Housing Foundation (World Habitat) at a time when, despite numerous efforts by governments and charities/NGOs, homelessness – and in particular street homelessness – was increasing across Europe.

World Habitat believes the time has come to stop managing homelessness and start ending it. Inspired by the successful 100,000 Homes Campaign in the United States, over the last 18 months World Habitat has worked with different cities to adapt the model to a European context. These include Barcelona, London, and Valencia.

The European Campaign has achieved some early and inspirational successes:

The Campaign is now expanding to new cities and partners have recently joined from:

Isobel Ashford, Deputy Director of World Habitat, said: “The European End Street Homelessness Campaign is a unique collaboration of cities and towns and World Habitat looks forward to continuing to coordinate our collective efforts. Having all met up recently, I have been inspired by the dedication of everyone involved and their absolute determination to do something to bring about an end to the scandal of street homelessness, both in their own communities, and across Europe as well.”

About World Habitat: Founded in 1976 Building and Social Housing Foundation is a catalyst for change.  It identifies great ideas and the best housing practice from around the world and seeks to transfer those ideas and practices to places where they are needed most. It runs the World Habitat Awards and programmes to promote community-led housing and end street homelessness.  Visit: www.world-habitat.org.

About the campaign: Find out more about the European End Street Homelessness Campaign on the World Habitat website at: www.world-habitat.org/our-programmes/the-campaign-so-far. A summary of the external evaluation report about the campaign is available here.