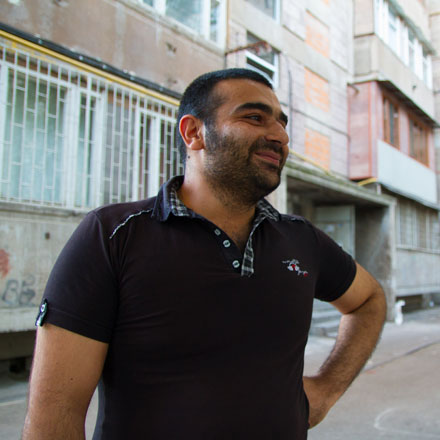 A project which helps people to carry out energy efficiency improvements to homes which were in a poor condition following mass privatisation has received a ‘Special Mention’ as one of the finalists of this year’s World Habitat Awards.

The project has developed connections between individuals, homeowner associations, local governments and banks. The work has helped spread awareness about energy efficiency and increased the funding available to residents to improve their buildings.

Lile Kik, who lives in the Aerodorm apartment complex in Skopje, Macedonia, said:

“Thirty-five years ago, the buildings were brand new; today, they are crumbling and showing the signs of years of neglect. My apartment lacks insulation, double glazed windows or proper doors. It also has an asbestos tiled roof that needs to be removed and the exterior façade is falling off.  I’m always finding some excuse to be the last one at work because it’s warmer there than at home.”

“I heard about a new energy efficiency programme from a friend, which would help insulate the building, cut our energy bills, and improve the building’s grim exterior. I surveyed the other tenants in my block and found that many were in favour of moving forward. I went to see someone, who lives a few blocks away and has already gone through the process. Now their home is warm because of good insulation, and both the humidity in the walls and the smell have gone. This has made me even more convinced and determined to persuade my fellow tenants to do this.”

David Ireland, Director of World Habitat, funders and co-ordinators of the World Habitat Awards, said: “This project started in Macedonia and has transferred to Armenia and Bosnia & Herzegovina. They have managed to adapt the model to each local context with different arrangements with the lenders. This has enabled homeowners who have previously struggled to now be able to access affordable finance for necessary work on their homes.”