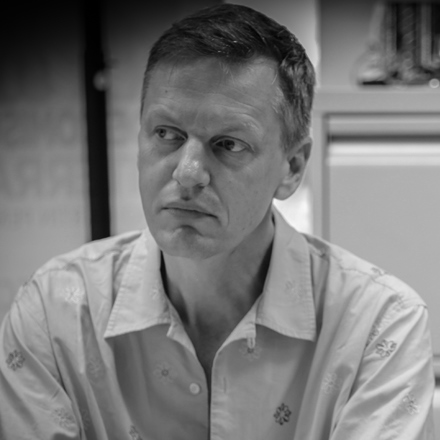 The Grenfell Tower disaster has laid bare the wilful demise of Social Housing. Tenancy and physical conditions have been eroded. The construction rate slashed and thousands of social homes have been lost to the sector. The effects are obvious now, but who is to blame? I’d argue that we all are. A spectacularly spineless response from the housing sector over the last decade has allowed a reshaping and diminishment of the social housing sector with effects more profound than the “right to buy” programme in the 1980s.

In previous generations it might have been different. The threat of opposition from the housing sector would have made the changes of the last seven years too politically difficult to get through. But this time the sector muttered and grumbled and then grudgingly went along with almost everything. There were of course individuals who spoke out and there was some effective moderation of the most extreme measures by the House of Lords. But nonetheless the social housing system is effectively being dismantled with not much more than a whimper from those responsible for running it. Why is this?

You almost have to admire the government’s cunning.  In 2010 the coalition government had just been elected with a mandate to tackle the deficit. It applied the task to housing with zeal.  The construction of new Social Housing used to be subsidised through the National Affordable Housing Programme. Money for this was immediately reduced by 60%; but at the same time the coalition introduced a number of measures which allowed housing providers to raise income from rents. This immediately and perhaps intentionally created a tension between housing associations’ founding principles and their business interest.

The most blatant example was the introduction of “Affordable Rent”. Before 2010 housing associations and councils provided almost all low-cost housing on what was called “Social Rent”. This charged tenants rent that was roughly half what they would have to pay if they rented a home from a private landlord in the same area. But in 2010 this system was replaced for new homes and for re-lets. Subsidy was now only available for affordable rent which charged tenants up to 80% of the market rent. The effect on tenants is obvious, but for housing associations the extra rental income to some extent offset the loss of housing capital grant, and made it viable for them to continue to carry on building new homes.

Another crafty move was the introduction of starter homes. On the face of it they sound like a good idea. New homes offered to people under 40 years of age to buy at a discount of 20% on the full market price. The catch is they were for planning purposes counted as affordable housing. This meant new private housing developments could discharge their duty to build a share of affordable housing through offering a share of their homes at discount instead of building social housing. This significantly reduced an important source of new affordable homes, but also created a new business opportunity for some housing associations.

There were other measures which unquestionably diminished social housing. Ending the Spare Room Subsidy, or the “bedroom tax” as it was better known, was a requirement that social housing tenants had to pay extra rent if their home was deemed too big for them.  Research has shown that it has increased poverty and had broad-ranging adverse effects on health, wellbeing and social relationships.  But of course it too has increased rental income for housing associations.

Faced with cuts to government funding at the same time as opportunities to charge more rent to offset the losses, housing associations have been left in an insidious position. Some have commendably stuck to their social values and found creative new ways to carry on providing new social housing. Some have redefined themselves as “social businesses” that seek to make “profit for a purpose”, others are enthusiastically getting out of the social housing business as quickly as they can. The effect is clear – the housing sector has let itself become the victim of divide and rule. But it’s not them that will suffer. Healthy balance sheets and surpluses show that they will survive, even prosper. The real victims are low-income people who have to make do with poorer, even dangerous conditions, in exchange for significantly higher rent, and the people the sector should be housing who instead have to take their chances in the increasingly unaffordable private rented market.

18 hours ago 🏘️Are you interested in working directly with frontline & campaign organisations as well as stakeholders like UN-Ha… https://t.co/hv7KkDCpt8