Time for communities to be given real power 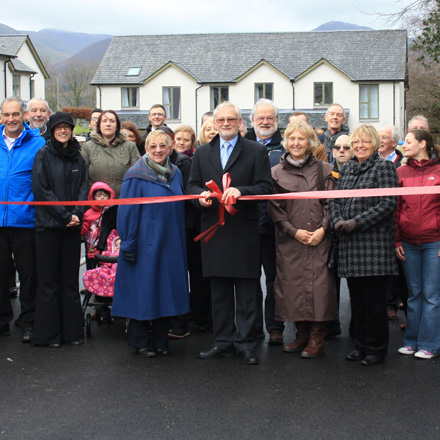 Following news that the government has reinstated the Community Housing Fund in England, Tom Chance, CEO at the National CLT Network, discusses how while the fund is welcome, it does not match the ambition and potential of community-led housing.

It’s a little under four years since World Habitat tried to establish just how many community-led homes there were in the pipeline – being planned or built – in England. Researchers put the number at 5,810.

Thanks to work that World Habitat has supported, that has now risen to over 23,000, with more groups and projects starting up every week.

The National Community Land Trust Network’s ambition is to continue this rate of growth; to mainstream the community ownership of land and housing, so that community-led housing is understood and supported just as much as housing associations and private developers.

Our analysis, supported by the Office of National Statistics, has found that in the case of community land trusts these projects are coming forward in both the most deprived parts of the country, and areas with the highest affordability pressures. We published this and other market analysis in our 2020 State of the Sector report.

This growth has been propelled by the Community Housing Fund. This provided revenue funding to help communities get started, find a site, develop the project and achieve planning permission. It then provided bespoke capital funding for innovative types of affordable housing not supported by the Government’s mainstream capital fund.

The Community Housing Fund has had a rocky road. It was open in most of England for just 18 months, from the summer of 2018 to Christmas 2019. Since then, it has been closed outside London, despite Homes England – the delivery agency – having over 10,000 homes sitting on its books waiting for the funding to restart.

The fund didn’t just support individual projects. It has also put £6 million into sector infrastructure through Community Led Homes, a partnership of the National CLT Network, Confederation of Co-operative Housing, Locality and the UK Cohousing Network. This has developed a network of 27 local enabler hubs with over 100 trained and accredited advisers, able to support communities to scope and bring forward viable and innovative projects.

In January, we finally got the go-ahead from government with another £4 million of revenue funding for 2021/22. The National CLT Network’s campaign was backed by over 80 MPs, dozens of other national organisations including World Habitat, and made stronger still by the new research we commissioned on the pipeline, the funding need, and the strong value for money that government investment would achieve.

It is this combination of a strong business case and wide political support, plus tenacity on our part, that made our campaign a success.

This investment is welcome, but will barely scratch the sides of the current pipeline, let alone the potential for community-led housing in England.

The Government has an amazing opportunity to join the dots between different policies.

A reformed Right to Regenerate proposes to give communities stronger powers to buy underused public land, but the proposals don’t align with planning reforms. So land is unlikely to end up in the hands of communities that want to promote sustainable development; it risks going to the highest bidder for the lowest common denominator development.

The Levelling Up Fund and Shared Prosperity Fund both aim to help more communities take back control, but it isn’t yet clear if community-led housing is an eligible activity and they aren’t aligned to the support infrastructure we have developed to give communities the expertise they need.

Garden cities are slow developing, but few pick up the ambition of planning reforms to empower communities and promote good stewardship. The original garden cities had community land ownership at their heart of their approach to stewardship, and this still exists today in Letchworth.

There is also huge potential, now, for community-led housing to be mainstreamed in the wider housing industry.

Growing numbers of housing associations are choosing to partner with community-led housing groups. Our Community Led Homes partnership recently published updated guidance on why this is an option worth considering, how it has worked across a dozen case studies, and principles for getting it right.

Almost half of local authorities in England and Wales now also have policies to support community-led housing, and/or have provided land and finance to get homes renovated or built.

Our ambition now is that we start to see community-led housing considered for every garden city, every major development site, every instance where public land is sold off. That every local community has the chance to roll up their sleeves and do something about the housing crisis in their area; every group of struggling private renters or older downsizers can come together and solve their housing needs collectively.

It’s time for housing policy and markets to give real power to the people who actually live in our homes and communities – an era of partnership, not paternalism, could be dawning if we get this right.

Tom Chance is the Chief Executive of the National CLT Network, responsible for its strategy and for building the charity into a strong and sustainable organisation. Tom leads on policy and advocacy work with national and local government and the housebuilding industry, shaping a supportive policy and market environment for CLTs. Tom joined the National CLT Network in May 2016.