Home / News / Our Blog / Rough sleeping: new government figures announced show a fall for the first time in eight years – but is that the full story?

Rough sleeping: new government figures announced show a fall for the first time in eight years – but is that the full story? 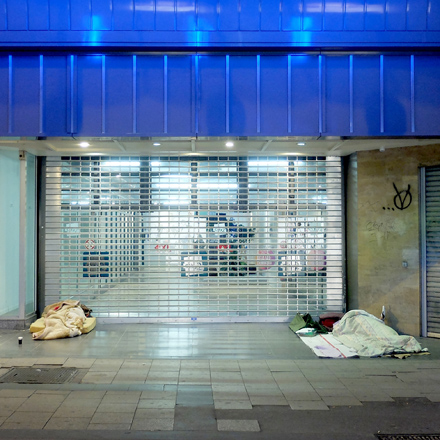 Yesterday, the Ministry for Housing, Communities, and Local Government (MHCLG) published the annual 2018 rough sleeping figures for every local authority in England. The total number of people estimated to be rough sleeping on a given night in 2018 is 4,677, which represents a 2% decrease since 2017 and the first time official rough sleeping stats have dropped since 2010.

It’s a really welcome headline figure, especially for the government considering their big increase in funding in homelessness over recent years. But what else do the figures tell us? And can we celebrate if, in fact, rough sleeping has still risen by 165% since the introduction of current guidance in 2010?

How is rough sleeping measured?

Understandably it’s a contentious area of government statistics, and both the figures and methodology remain open to scrutiny. Accurate and in-depth data on rough sleeping is important for delivering sustainable outcomes for those in need, but also to reinforce public confidence in what they see day-to-day in their local community.

Indeed, the Statistics Agency reported in 2015 that reporting on the government’s homelessness statistics was no longer fit for purpose. While more effective local solutions are available for more rigorous and accurate rough sleeping data collection (such as the CHAIN database in London), there is not yet an alternate universal method or unifying database available to evaluate the context of rough sleeping across the whole country. By contrast, the national homeless charity Crisis estimate the total number of people rough sleeping in Britain to be 24,000.

So what do the figures tell us?

Look beneath the headlines of the marginal reduction, and there’s deeper narratives at play in terms of the scale and nature of rough sleeping across England.

A need for greater depth?

World Habitat believes that in order to end street homelessness, it’s necessary to access reliable data, that collects information over a period of time. This will allow us to develop a deeper understanding of why people become homeless.

This is a key principle of the European End Street Homelessness Campaign, a network of 13 European cities working together towards greater community involvement in understanding who is rough sleeping in their areas, and delivering inspiring campaigns to deliver lasting solutions to chronic homelessness.

Our experience of working across Europe has shown that one of the most successful ways of doing this has been through Connections Weeks, in which members of the local community work in partnership with professional homelessness providers. Volunteers take the time to get to know local rough sleepers by name, and collate detailed information about each case, rather than just delivering a ’head count’. Involving members of your local community is integral to building collective responsibility in working to end chronic rough sleeping and improves public awareness of the issues that people experiencing homelessness face.

Ending street homelessness is about developing local solutions and improving provision and access to Housing First. Information collected through Connections Weeks can be the bedrock that change local systems for the better. While we accept that MHCLG figures out this week do not tell the whole story, we’re pleased that cities we work with have shown a reduction in rough sleeping this week. Brighton and Hove saw the biggest decrease in numbers of rough sleepers nationwide with a reduction from 178 in 2017 to just 64. Torbay also saw their numbers drop from 24 to 19, and this week announced their plans to pilot their first ever Housing First partnership.

We’re not complacent, however. Short term funding interventions cannot mask the continuing crisis we see on our streets in the UK, and indeed across Europe. The need for better data and permanent housing solutions with adequate levels of support for people who find themselves on the street remains critical. And through our campaign in partnership with 13 European cities, we will continue our goal of ending chronic street homelessness for good.

39 mins ago RT @PatrickDuce: Find out more about the network, and how you can join - https://t.co/EEmndNEN1a

2 hours ago It is with delight today that we can say @OzStopa Director, Pavol Sabela has deservedly become the first social wor… https://t.co/EB8lteL1oo