Rising homelessness is always the result of failed policies 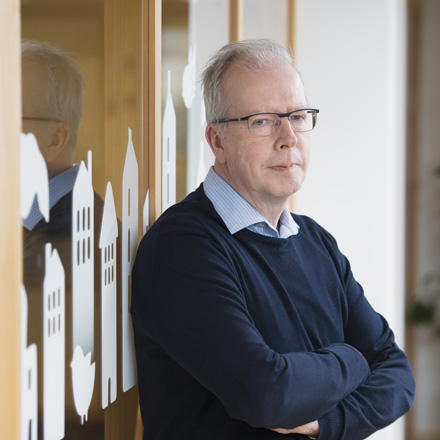 Juha Kaakinen is the CEO of Finland’s Y Foundation – who won a World Habitat Award in 2014. The Y Foundation have pioneered Housing First as a way to reduce homelessness, the principle inspiration for our European End Street Homelessness Campaign. Here he discusses the positive impact Housing First can have when implemented properly and why, he believes, homelessness is still rising in the UK.

Homelessness in Finland has fallen dramatically and is still falling. According to the latest survey, at the end of last year we had 415 single homeless persons in shelters or sleeping rough, 244 in temporary accommodation and 428 living in institutional settings. In addition, there were 214 homeless families with 102 children. And 5,528 single persons were living temporarily with friends or relatives.

We still have much work to do and last Spring our present government made a decision to halve homelessness in four years. We have every reason to believe that it is possible, but it is only an intermediate goal to completely eradicating homelessness for good.

Finnish policy has been based on Housing First, which means giving homeless people permanent rental flats unconditionally – and with support if needed – instead of temporary housing in shelters and hostels. It has proven to be a sustainable solution, even economically.  But to aim at the root causes of homelessness it is evident that structural prevention is the most important and effective measure. And it is just at this point where the role of government is crucial.

I have been to the UK many times during the last two years and met a lot of people working in the housing and homelessness sectors. Especially after the introduction of the Homelessness Reduction Act there has been a lot of hope for a real change in homelessness policy.  Crisis has provided an excellent, detailed plan for ending homelessness, as has the Shelter Commission with their vision for social housing. So all necessary knowledge is available, you don’t have to copy anything from Finland.

There are some promising developments in Scotland and in some cities, but still, homelessness is growing. When you look at this development with foreign eyes the reasons seem to be obvious: it has taken too long to move from talk to action and the measures have been insufficient, especially the supply of social housing (as the Shelter Commission has identified). In addition, Housing First has not yet been implemented on a national scale and the overall approach still relies heavily on temporary accommodation in shelters and hostels. But to my understanding the most severe hindrance for the paradigm change is cultural: a very civilised British way of ‘not-working-together’.

So far your winter has been relatively mild, but colder weather is surely coming soon. This will create a lot of compassion and goodwill for a time, but many homeless people face the hard reality of the streets and keep asking: ‘For how long?’.

One may need shelter from the storm but you need a home to lead a decent life. Ending homelessness is not an utopian ideology. It’s a question of human rights and saving lives. As George Orwell said: “Either we all live in a decent world, or nobody does.”

An edited version of this blog first appeared in The Guardian.