Home / News / Our Blog / How much do we care about those who put food on our tables?

How much do we care about those who put food on our tables? 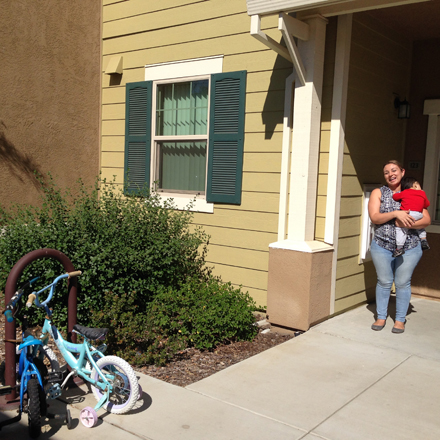 What do you think when you hear ‘California’? Malibu’s sun soaked beaches? The glamour of Hollywood? Or the high-tech world of Silicon Valley? My experience of California was a little different. I spent three days in Woodland, Yolo County, a majority Hispanic town of around 60,000 people north-west of Sacramento. As the self-proclaimed ‘farm-to-fork’ capital of the world, the Sacramento area is proud of its food. Woodland alone is home to 125 food or agricultural related companies.  But how many people consider how that meal actually made it onto their plate?

Yolo County is home to over 6,000 agricultural worker families, and astonishingly around one third of all the agricultural workers in the USA can be found in the state of California. The climate allows for the growth of most crops, requiring cheap labour – mostly provided now by first or second-generation immigrants from Mexico and other parts of Central America. The people I met in Woodland showed me just how exploited and invisible these workers are.

Traditionally, government-funded migrant centres have housed agricultural families for six months of the year – the main farming season. But what about the other six months? Often, they must move at least 50 miles away to qualify to return the following year. This forced migration means families lack any stability and are forced to take their children out of school. Migrant centres are located out of town with no healthcare facilities, shops or public transport. People work between ten and twelve hours a day, six days a week. They need a car to drive to buy groceries or to see a doctor. Sometimes this means losing a day’s pay to do so. With no internet or telephone access, children who are already behind in their education can’t complete school work. Parents can’t communicate with teachers or look for jobs. 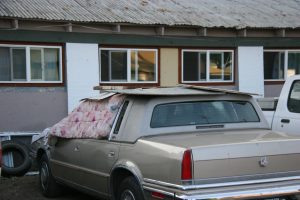 And that’s before we consider those forced to rent privately. In an area where an average house costs a minimum of $400,000 USD, those on the lowest incomes live in appalling conditions. Some have three generations living together in a trailer, or several families in one motel room, or sleep in a type of storage container or car. Mould, cockroaches and disease are rife. The very families harvesting and putting food on supermarket shelves cannot afford to eat fresh fruits and vegetables themselves. It is unsurprising that people suffer poor mental and physical health.

It was also unbelievable to hear that usual labour laws don’t apply to farmworkers. This in effect means that children as young as twelve can – and do – work in the fields. The work is dangerous and physically demanding. It means long days out in the heat, minimal access to toilets and exposure to pesticides. Even more distressing when considering the effects on children.

A number of people I met told me that there has always been a housing crisis in California, and agricultural workers have been ignored. In fact, not only ignored, but discriminated against and deliberately pushed to the edge of society. Many people living in Davis, a university town next to Woodland, don’t even know that migrant centres exist there. At the well-known Davis Farmers Market there are few actual farmworkers to be seen. 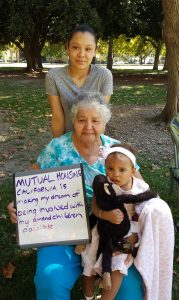 But this is where Mutual Housing California have stepped in. This non-profit housing provider works tirelessly across the state to bring housing options to those who need them most. In 2015, they opened Mutual Housing at Spring Lake – the first permanent year-round housing for agricultural workers in the county. The high costs of utility bills were identified by farmworkers as a major worry and so the Spring Lake site was designed to solve this problem. It is the first certified 100% Zero Net Energy Ready rental housing development in the USA, which means it uses around the same amount of energy as it produces. The result for residents is extremely low electricity bills. Families are supported to learn about the green features of their homes, which has led to many reducing their consumption so significantly that they don’t pay anything at all. Rent is set at 30% of a family’s income, to remain permanently affordable even out of season when agricultural workers are unemployed. The site is within the town of Woodland, alongside those expensive homes for sale at market value. Children can walk to the local school, attend all year round and make friends with other children from the wider community. They are no longer invisible.

The work of Mutual Housing goes far beyond the buildings people live in. Training and learning opportunities are available to all residents, from digital literacy to financial education and leadership development. For people who have spent their whole lives in terrible housing conditions but too afraid to speak up in fear of eviction, this is the first time they have been encouraged to have a voice. With this voice comes increased confidence. And with this confidence, residents are supported to demand their rights, to housing, to safety and to education.

At a time when anti-immigration rhetoric and action is on the increase, it is more important than ever to celebrate Mutual Housing at Spring Lake as a World Habitat Awards winner. In the world’s largest economy, all agricultural workers are vital in bringing food to the table. Surely all of them have the right to go home at night to a community which is healthy, inclusive and safe?

17 hours ago RT @insidehousing: Homeownership must not come at the expense of the poorest households, says CIH president https://t.co/4yYFHdgD5v #ukhous…

21 hours ago RT @ThePlanetMark: On #NetZeroWeek we look back at our conversation with Ross Wilson from @IngramValleyGB, a Planet Mark certified farm in…

21 hours ago RT @SolutionHousing: The recording from our session "Relationship between housing policy strategy and the reality of social work" at #ISHF…