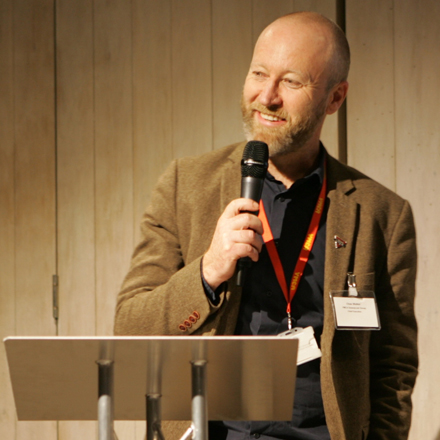 Recent statistics from the Ministry of Housing, Communities and Local Government show that Brighton and Hove is the area in the country with the highest levels of homelessness outside London for the second year running.

This will come as no surprise to those that walk past rough sleepers every day in the city, and go some way to explaining the huge community response we got when we first announced our involvement in the European End Street Homelessness Campaign. We decided to call the campaign Galvanise Brighton & Hove (GalvaniseBH), signifying our ambition to ignite the community into action.

So what have we achieved so far, and what is next for the campaign?

In November 2017, 160 community volunteers in Brighton & Hove took part in a week of local action bringing together the local community, those sleeping on the streets and those working in homelessness organisations. We wanted to hear the stories of rough sleepers to make sure the support given is a true reflection of their needs and wishes. The aim is that no-one has the need to sleep rough by 2020, in line with the aspirations of the city’s Rough Sleeping Strategy.

Volunteers collected surveys from 125 street homeless people, and some of the statistics are harrowing:

Something just as powerful as the data is the impact the week had on the community volunteers. Many had no experience within the homelessness sector, but through conversations with fellow volunteers and street homeless people they better understood how difficult it can be to break the cycle of chronic homelessness, and could challenge their own perceptions around rough sleepers.

We held a Community De-brief event at the beginning of December to present initial findings and share a range of experiences from volunteers and those with a lived experience of rough sleeping. We wanted to bring a level of focus to the campaign following Connections Week and shift the conversation to solutions.

To ensure volunteers are represented at every level of GalvaniseBH, we also recruited two community volunteer representatives for the campaign’s Steering Group, so they have a say about the direction taken.

Brighton & Hove’s campaign aims to collaborate and engage with other organisations, with half the proceeds from YMCA DLG’s Sleep Easy fundraising event on Friday 16 March going to GalvaniseBH. This helps foster cross-organisational support and boosts ideas and knowledge sharing.

After the Community De-brief, we set a date at the end of March for an Innovation Event bringing together the local community and homelessness sector to discuss innovative housing solutions in Brighton & Hove, and to match recommendations with resource. The Event will also see the launch of the written GalvaniseBH report, using the data from Connections Week, so the key findings and recommendations can be presented to supporters new and old.

Following the Innovation Event, GalvaniseBH will facilitate ongoing events and a conference to follow up on the progress of innovations. These events will unite groups from the community around multiple ambitions or ideas decided at the Innovation Event, and work on implementation and activation.

Street homelessness will not be solved in Brighton & Hove overnight, but with the support of the community, local businesses and the local authority, our aim is that all rough sleepers will have somewhere to call home by 2020.

Chas Walker is CEO of YMCA DownsLink Group, one of the organisations leading the Galvanise Brighton & Hove campaign.

11 hours ago 🎇I'm sure everyone will join us today in congratulating our partner @CatComm who this weekend were presented with t… https://t.co/BWSTaBCxSw