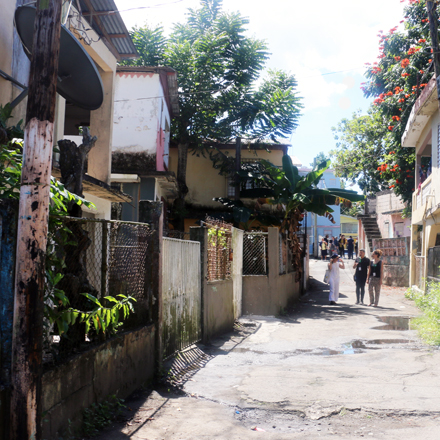 Over one billion people live in informal settlements or slums worldwide. As a proportion of the number of people living in cities, that is one in four of the world’s urban population.

As we all face the global COVID-19 pandemic, countries have adopted approaches to contain the virus – mainly involving lockdowns, social distancing, handwashing campaigns and mass testing. But for those living in informal settlements, these measures are often impossible to achieve or have an extreme knock-on effect to people’s livelihoods.

Regular handwashing is problematic when there is a lack of access to water or adequate sanitation. Overcrowding and poor housing mean that staying at home and away from others is almost impossible. Testing can be a challenge due to a lack of resources and capacity.

Many people living in informal settlements work informally – with no social safety net, they are not part of the tax system and are extremely unlikely to have enough savings to fall back on. Whilst reliant on their earnings on a daily basis, they are more likely to take risks in order to make the money they need to feed their families. It is very difficult for them to earn an income without being out on the streets amongst people.

As HIC puts it, ‘lockdown policies force many urban dwellers to choose between income and safety, between hunger and disease, between health and livelihood.’

In many cases, residents, community-based organisations and NGOs have played a vital role in dealing with the pandemic.

Justice & Empowerment Initiatives – Nigeria (JEI), the Nigerian Slum/Informal Settlement Federation, and the Physically Challenged Empowerment Initiative (PCEI) carried out a survey and story-telling campaign to understand the impact of COVID-19 in over 140 informal settlements. A community awareness campaign was launched by the Federation and PCEI in March 2020 based on door-to-door education, as well as distribution of flyers and facemasks. Their survey results indicated that this was the primary source of information about COVID-19 in these settlements.

Leaders within the Kenyan technology sector quickly identified that measures being put in place in some nations would be difficult to adopt in Africa. In mid-March an alliance of Kenyan organisations – Safe Hands Kenya – formed to create a unique and localised approach to limit the spread of the virus whilst enabling livelihoods to continue.

They have focused on large-scale distribution of essential products – free soap, hand-washing stations and masks – and disinfecting public spaces, alongside many partners in the city. Dandora Transformation League – working with young people in Dandora, the site of the city’s main dumpsite – have distributed 100 sanitation stations and worked with neighbours to encourage keeping areas clean.

In favela neighbourhoods, hundreds of community groups have organised widespread communications campaigns in several formats – art, WhatsApp, podcasts and public announcements. Through crowdfunding and the support of existing networks, they have provided thousands of basic food donations to those most affected financially. They have also installed public sinks in areas where water access is poor and provided daily community updates through news channels and social media.

To respond to very low testing rates and underreporting, particularly in favela communities, dozens of organisations are now coming together to improve access to data. Catalytic Communities, a local advocacy organisation, are partnering with other community groups to implement a unified dashboard – based on community monitoring of the illness. The dashboard will provide more accurate data on probable and confirmed cases, and allow residents to directly report any symptoms – providing the information needed to identify local outbreaks and the need for increased outreach.

At the 2015 World Habitat Award winning Caño Martín Peña Community Land Trust, they have co-ordinated a social media information campaign. They regularly share advice on protection from the virus and identification of symptoms, as well as useful contact details – such as local pharmacies delivering in the community. They are also addressing the spread of false information, through highlighting ‘myths and realities’ relevant to local people – for example, around transmission of diseases by mosquitoes.

The Federation of the Urban and Rural Poor (FEDURP) developed an app to monitor cases of the virus in informal settlements, providing data in real time. Using Ministry of Health and Sanitation messaging, they created information posters and videos customised to reflect the lives of those living in informal settlements. By engaging with authorities, they have also supported an improved government response to the needs of vulnerable people. Freetown City Council worked with them to support a community kitchen targeted at people with disabilities, elderly people, pregnant young women and female-headed households.

These are just a few examples of the work happening in informal settlements to contain COVID-19. We want to find out about more – please email details to [email protected] or contact us through our Facebook, Instagram or Twitter accounts.