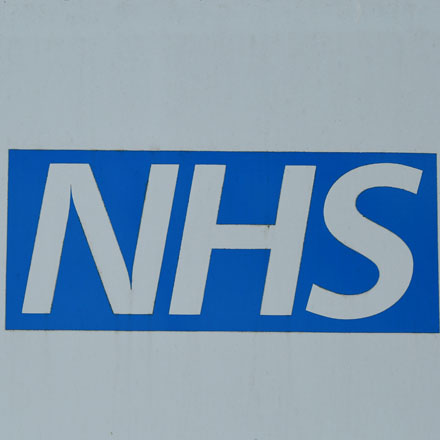 David Ireland, Chief Executive of World Habitat, discusses how another revolutionary moment – similar to the instigation of the Beveridge Report in the UK following the end of the Second World War – is needed for a more equal world as we begin to emerge from COVID-19.

He was about as far from the stereotypical revolutionary as can be imagined. No dashing youthful looks, no weapon casually thrown over his shoulder, no hordes of adoring followers. But in extraordinary times, as the world tries to work out how to recover from the greatest blow to world order since World War Two, William Beveridge may be the best role model for how to create a just and sustainable recovery from COVID-19.

Beveridge was an Oxford educated economist, donned in a three-piece suit and a cut-glass English accent. He was in his sixties when he published his ground-breaking report in 1942. It shaped the development of the welfare state, paved the way for the establishment of the National Health Service and gave rise to the social housing system in the United Kingdom. Its effects shaped the country for the next half century. Other social reformers inspired similar movements in other countries and Beveridge’s principles influenced other countries around the world. In today’s pervasive polarised discourse, it seems almost unbelievable, but a sample poll taken shortly after the Report’s publication, the British Institute of Public Opinion found an extraordinary 95% public support for the Report’s recommendations.[1]

In 1942 of course, the United Kingdom was at war. Beveridge was asked by the government to chair an inter-departmental committee which would carry out a survey of the country’s social insurance and allied services. It was responding as much to the great depression of the 1930s as the predicted effects of the war itself. The great depression was a deep worldwide economic recession which lasted throughout the 1930s. It reduced incomes, increased unemployment and significantly increased poverty.  The government knew that the war had the potential to exacerbate these divisions even further.

Today’s world has many similarities. Three decades of increasing inequality has been ‘put on steroids’ by a calamitous global event. Even before COVID-19, the world was becoming much more unequal.

Housing has been one of the major drivers of this inequality. A decade of low-cost lending has driven up housing prices far ahead of earnings. Meaning that affordability has grown up the income scale so that almost everyone without inherited wealth has seen themselves pushed down the housing ladder.  In low-income countries almost all housing growth has been informal, meaning that new households are increasingly living in insecure, often unsafe, and unhealthy housing.

For all its promise, technological change has created winners and losers. In the decade that Elon Musk, Mark Zuckerberg and Jeff Bezos became the world’s richest people, millions of skilled manual workers have seen their jobs gradually become redundant as machines take over. The new jobs that technology has created are often poorly paid and insecure.

Rising global temperatures have adversely affected economic growth in countries located in the tropics, which tend to be poorer than countries in the global north. The climate crisis has made the world’s poorest countries poorer and more vulnerable. The ratio between the income of the richest and poorest 10 per cent of the global population is 25 per cent larger than it would be in a world without global warming.[2]

The pandemic has exacerbated these effects accelerating the pace of growth in inequality. For example, throughout the pandemic, higher-paid workers have been more likely to work from home. Lower-paid workers typically do not have this option, or do not have the space at home to be able to work. They are also more represented in industries that have had to be suspended and seen widescale redundancies, such as the hospitality and tourism industries.

Those with larger, more comfortable homes have a sanctuary – including gardens – to retreat to. Those in poorer housing have been pressured into crowded spaces, or left isolated and alone, either can be painful and unsafe. Those with no home at all have been exposed as the most vulnerable of all.

COVID-19 has also increased the inequality between richer countries that can afford to bail out their firms and provide social safety nets, and poorer countries that do not have the capacity to do so.

History tells us that unaddressed, extreme inequality not only inhibits progress, it threatens the very stability of political systems and undermines their ability to address our shared challenges.

Beveridge named what he called five giants that stood in the way of progress:  Want, Disease, Ignorance, Squalor and Idleness. Whilst these terms sound old-fashioned now, the ills they describe – inequality, poor health, poor education, poor housing and unemployment – sound eerily current. His report proposed solutions that when implemented became the welfare state. A system of national insurance, pensions and paid benefits to those in need, the National Health Service, controls on housing rent and the establishment of a social housing system. Beveridge understood that equality wasn’t just about fairness, national economic progress was dependent on it. Beveridge’s ideas ushered in a half century when not only did the country become more prosperous – it became more equal. Unfortunately, recent decades have seen much of the ideals eroded. Housing protections have been corroded away in the pursuit of wealth speculation. The housing market has been repurposed from being a place for households to find a home to a real estate trading floor for the wealthy.

The pandemic has vividly reminded us of the importance of the home. It is the place of safety that we’ve had to retreat to. But it’s also exposed the disparity and downright unfairness of the housing system we have.  People’s ability to stay healthy, stay safe, and to earn a decent living are directly linked to the home they have.

A just and sustainable recovery to COVID-19 demands national policies that are focused on both progress and equality. In housing terms, it demands a housing market that provides everyone with access to a decent secure home, not the ability of some to generate excessive wealth from it. It will require a reinvigorated social housing sector, strict curbs on excessive property speculation, and redistributive property taxation.