If I tell anyone at the pub (or some comparable social scenario) that I work in housing I’m inevitably met with one or other of the ‘wicked housing issues’.

We can’t cope with any new houses in my neighbourhood…

I don’t really want to be a landlord but where else is safe enough to put my money…?

I’m currently managing an ambitious programme to try to push community-led housing ‘into the mainstream’, as something which helps people to find solutions to some of these problems. In March 2016 the UK government announced £60million in the budget for community-led housing. We hope to play a part in making the response as positive as the opportunity!

Outside of work if I tell someone I work in community-led housing, the inevitable response will be “What’s that?” I always opt for the simplest, most pub-worthy response – “It’s what it sounds like…”

Of course, I then go on to explain some examples (there are some great things happening out there… more on that later). The point though, is that this isn’t some weird, quirky, hippy concept that’s only for people with hemp trousers, unshakeable principles, and an inexhaustible abundance of energy and resolve. The principle of community-led housing, for me, is simple. It’s the removal of apathy. It’s people saying, “Hang on a minute – houses and places are for people. I’m a person! Maybe I should be involved somehow…” The somehow is what my job is all about. 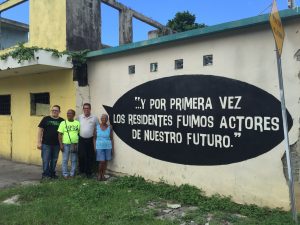 Community-led housing has been described as ‘niche’ or ‘marginal’, but it isn’t (or it doesn’t have to be). For me, the biggest challenge is offering a simple process of engagement. On an individual, personal level most non-professional involvement in housing is reactive (I need to move/my rent has gone up/I’m worried about that proposed development/I can’t afford repairs etc.).

Given most of us spend most of our time busy at work or busy at home, it’s understandable that we’re only really motivated when something affects us directly. But what if there were easier, more accessible ways for us all to be proactive about housing? Could we start to collectively develop a greater level of commitment to solve our problems and make them less daunting in the process? 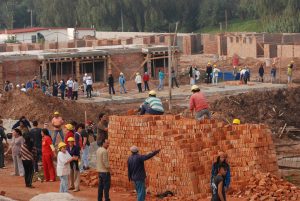 The terrible beauty of diversity

To create a way to make it easier for everyday people to shape their places in their own way, we’d first need to agree that all the different ways of doing it are part of the same, broad concept. You’d think that would be relatively simple. But it isn’t.

At the moment, (in England) the whole community-led housing movement represents less than 1% of all housing. Within the 1% there is a huge amount of variety. The variety is wonderful – it’s all the creative ways people come up with to deal with housing challenges where they live. That might be making homes affordable, doing something with empty properties, creating their own neighbourhood, sharing responsibility and risk, greater control over what’s built where, and any number of combinations. 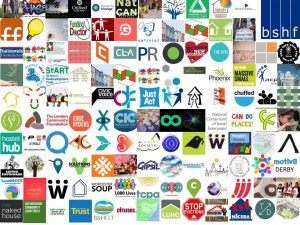 There’s many great organisations working in the civic engagement space…

The diversity has also been one of my biggest headaches. To get approval to talk about community-led housing amongst those already doing it, you’ve got to get your head around a range of ‘models’, different views on scale and scope, arguments about terminology, and convince people that you appreciate the nuances, the history, the years of hard work and commitment that the 1% represents.

That’s tough. Really tough. When people have worked so hard to create and nurture something, they don’t trust others with it easily. It somehow becomes very easy for people to talk their way out of the practicalities of uniting under a shared theme.

“We’re in danger of losing the diversity”

“Our bit is different and unique”

All arguments I’ve heard many times. All valid. But none negated by the fact that there is a common principle here. All community-led housing is about making places that work for people. All people. Everywhere.