Home / News / Our Blog / A changing housing sector: how CLT projects and collaborations are making their mark across Europe

A changing housing sector: how CLT projects and collaborations are making their mark across Europe 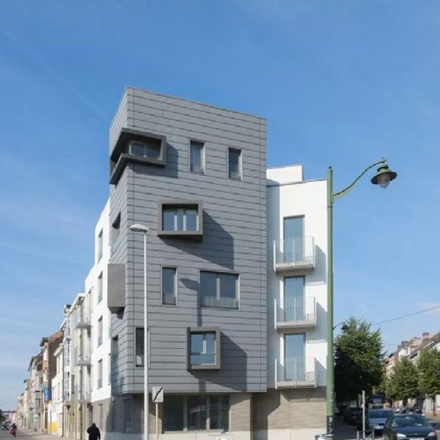 The European housing crisis has united people to consider alternatives to the traditional system. The Community Land Trust (CLT) model – governed equally by residents, public authorities and civil society – is one solution widely used in the USA and UK. It has gained the attention of other countries as it aims to offer long-term affordability which distinguishes between house owning and land property. It also acts against speculation and allows the community to work together to revitalise their neighbourhoods.

I attended a recent exchange event in Brussels which showed the scale of the movement and the enthusiasm of those working together across North-West Europe towards the same objective. We were joined by people from France, Amsterdam, Ghent and Brussels wanting to learn more about the CLT model and, in particular, how to succeed in building that long-term affordability.

The idea of creating a CLT in Brussels started ten years ago. It’s now one of the largest in Europe with nine ongoing projects, but it had to start from scratch. And they didn’t have it easy. They were pioneers in the region, promoting this model that no-one knew about. It was on a World Habitat Peer Exchange in 2009 in the USA where they learnt from World Habitat Award winner – the Champlain Housing Trust – about how they had achieved progress and success. What Brussels CLT learned there, inspired and gave them ideas about how to start their own CLT.

Since then, Brussels CLT has grown, but not in isolation. The model is spreading in neighbouring areas. Some cities have it easier than others, and what’s interesting is that despite being in the same country, Brussels and Ghent have experienced different challenges. What helps in Brussels is that, once the CLT managed to convince the local government of the value of this model, they recognised and legalised CLTs as an entity in 2012.  They have funded it every year ever since, which has significantly helped in making it easier and quicker to progress. This partnership is unfortunately currently missing in Ghent.

What will be critical for more CLTs to be established across North-West Europe is the SHICC initiative, which not only helps CLTs to get started but also invests in successful CLTs in London, Brussels, Ghent and Lille. The SHICC initiative – which runs from 2017 to 2020 – provides financial and practical support (including staff) to CLTs but also seeks to influence policy.

Away from Brussels, other local Governments are starting to recognise how CLTs can solve many of their housing challenges. In Amsterdam the Council has sponsored research on CLTs and they are part of ongoing discussions about the implementation of this model.

Although the situation is different in each region, there are some common considerations across CLTs. For example, Government support is crucial for the CLT agenda to move forward, as they can be changemakers in providing land, resources, and promotion of the model. Another shared point is that to build a strong CLT the community must be engaged for the long-term. It can be difficult for people to devote the time that’s necessary for the success of a CLT.

It was powerful to hear from Brussels CLT residents about their experiences. Many of them live in the Molebeek neighbourhood which has had a lot of challenges in the past. The residents talked about how living in a CLT is to be part of a community and how their lives have changed. Most of them are immigrants who depended on social housing before moving to the CLT and now they own a house and decide on every aspect of it.  This not only benefits current residents but future ones as well, as the model ensures the homes remain within the CLTs and remain affordable, instead of being sold off privately.

But what’s most important – and what all of them agreed – is that without a strong commitment from the community, the project will fail.

All of us left the event inspired and encouraged to keep fighting towards creating the legislation and partnerships that are needed, and to convince others to consider the benefits of CLTs. And if Brussels, one of the European capitals with a huge housing crisis, can be part of the growing CLT movement, why can’t other cities?

15 hours ago 🌟Weekend Reading🌟 A new project has been launched in #Leicester to gather insight and boost responses to women's… https://t.co/5YkmJjMqpw