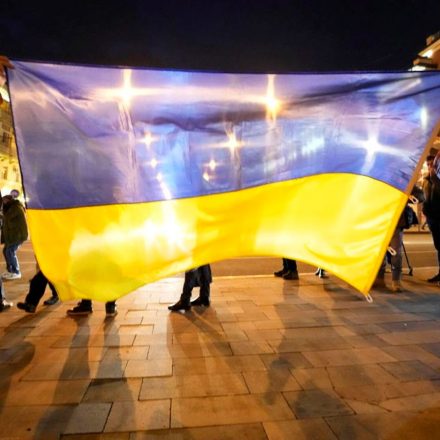 Due to the Russian invasion of Ukraine, entries to the 2022 World Habitat Awards from the Russian Federation will not be considered.

“The scenes we have seen unfold in Ukraine and the ongoing threats from the Russian regime are truly shocking. Our thoughts are with the people of Ukraine and all those who are displaced by the violence. We offer our solidarity with the individuals, organisations and governments who are supporting displaced people and refugees during this critical time.

“We have taken the decision to not consider any entries from the Russian Federation to this year’s World Habitat Awards. This is not the time to celebrate Russian achievements. We want to avoid the risk of any Russian success being misused in state propaganda.

“World Habitat’s values, vision and mission are to promote safe and secure housing. The Russian invasion is creating the opposite for the people of Ukraine. We are in touch with a number of partner organisations in countries which neighbour Ukraine and who are already involved in assisting refugees to see how we can support their work at this time.”

14 hours ago 📢🌟We are recruiting🌟 This is a great new job opportunity to for a dynamic HR & Facilities Officer who will support… https://t.co/Bw8b8GS5Cc

14 hours ago RT @AnnaKateJay: I am delighted to have had the opportunity to work with @WorldHabitat's amazing Board and Team, leading the search for new…

14 hours ago RT @Saba_Salman: On: >#HumanRights >what's possible >responding to #inequality #poverty by adapting policy/practice And the bit on 'the in…