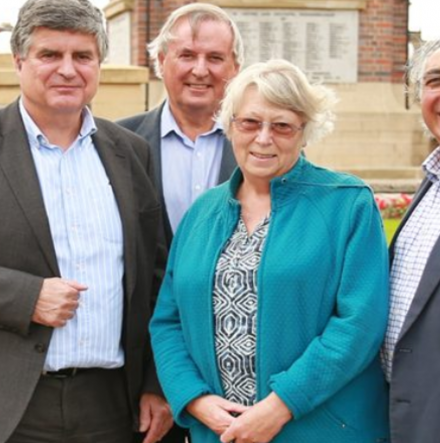 We are delighted to announce that Pat Elderfield has agreed to take on the role of Life President at World Habitat with immediate effect.

Pat retired as a Trustee and Honorary Treasurer of the World Habitat Board at the end of 2021 after almost half a century of dedicated service to the charity spanning its whole existence. She helped set up the charity in 1976 with her late husband and founder Peter Elderfield, and took various roles including a term as chair, and extensive support for the World Habitat Awards. Travelling the globe to remote and often barely accessible places in search of innovative housing practice which could be transferred to other places and people in housing need. In February 2022 we ran this fantastic blog ‘Armed guards, deep-fried maggots and walking over hot ash’ as she reflected on her time with World Habitat.

The role of Life President has no specific responsibilities but enables her to continue to contribute to the organisation providing intellectual capital and historical perspective as and when it might be needed.

In accepting the role Pat said ‘I am honoured to take up the role. I value the work of the Foundation (World Habitat) both in the past and the current programmes and initiatives. I wish all continuing success and will do whatever I can do to support the team.’

World Habitat Chief Executive David Ireland said ‘I’m delighted that Pat has accepted this role which recognises her extraordinary service to World Habitat and its work. It enables us to continue to benefit from her unrivalled experience wisdom and historical perspective.’