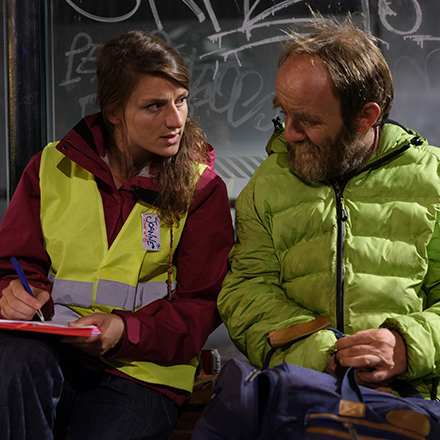 Here is the latest news from the European End Street Homelessness Campaign.

Bratislava joined us as a new city in November 2017. We spoke to Pavol Sabela, a social worker at Stopa Slovensko in Bratislava, about homelessness in Bratislava and their campaign plans. Read our new blog to find out more.

A Connections Week is a starting point for most of our cities in the campaign. It involves volunteers going out onto the street to speak to those who are sleeping there and to find out their needs. See more in our new video.

Torbay held their second Connections Week at the end of January speaking with 40 people who are street homeless. They will now be collating the data and sharing it anonymously to decision makers. See more from the week on their campaign Facebook page.

The results from the 2017 Brussels Connections Week are now available here. Following the week Brussels has launched ‘Challenge Citoyen’, an initiative where volunteers will be trained to find innovative housing solutions for people currently sleeping on the streets. Find out more here.

Following their first Connections Week in April 2017 Torbay has managed to find homes for many people who were previously sleeping on the street. In our new video you can hear about Rob and Ross who have found homes through the campaign.

What else has been in the news?

These are some of the articles and news we have found interesting this month relating to homelessness in Europe.