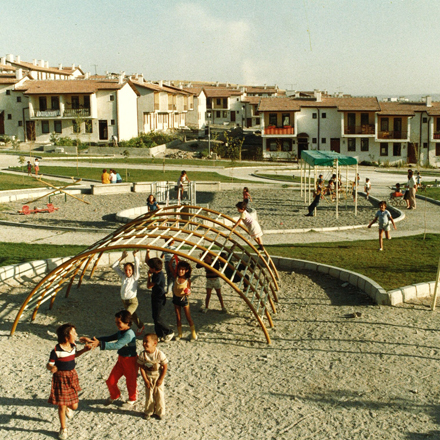 Murat Karayalçın, the former Deputy Prime Minister of Turkey and prominent housing activist, has been recognised for his achievements through the naming of a public square in his honour, in Batikent, Ankara.

As well as being a former foreign minister and mayor of Ankara, Murat Karayalçın was instrumental in the establishment of Kent Koop (The Union of Batikent Housing Co-operatives) in 1979, serving as Chairman for ten years until 1991. As a non-profit organisation founded by 13 housing co-operatives, Kent Koop was successful in achieving allocation of land for housing development and motivating worker-unions to establish savings co-operatives – at a time when there was no access to personal loans or mortgages, and a negligible building industry and building materials supply chain.

Kent Koop was created to meet the needs of its members – organised in individual housing co-operatives – by preparing housing designs; supervising construction work; and obtaining housing loans. It provided professional engineers, architects and technicians to the co-operatives. One of its initiatives – The Batikent Project – was a winner of the first ever World Habitat Awards in 1986. Batikent, on the outskirts of Ankara, provided land, and homes were constructed for members by industrial worker co-ops.

By 1985, the core of Batikent was established and the concept was being adopted by other settlements – large and small – nationwide. Today, there are over 50,000 co-operative homes for lower and middle-income groups in Batikent. Nearly 600 co-operatives organised over 37 projects have, from the framework of this model, developed solutions to the housing problems faced by communities across Turkey.

Pat Elderfield, Trustee at World Habitat, visited the project at the time of its Award win. She said:

“An overriding memory I have is looking down on a hillside on the outskirts of Izmir where the homes of 10,000 co-op members were in various stages of construction.

“The fundamental shift that Batikent provided was an influencing factor in Murat being elected as Mayor of Ankara in the early 1990s. It is heartening that he is being recognised for the work of decades back – a man whose activities have made a fundamental change to the lives of millions.”

Karayalçın Square was opened last month at an official ceremony.