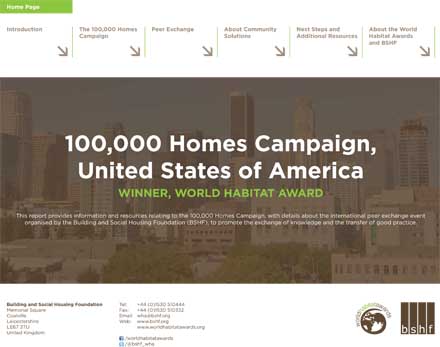 In 2013 the World Habitat Award was presented to the 100,000 Homes Campaign. This project involved 180 communities in the United States, all seeking to house the most vulnerable people sleeping on their streets. Between 2010 and 2014 participating communities found housing for over 104,000 people.

The campaign is showcased in a report,  which is available free to download from the World Habitat website.

As well as introducing this campaign, the report also includes information about the World Habitat-funded peer exchange to Los Angeles.

14 hours ago 🌟Weekend Viewing🌟 The replay of the highly acclaimed 'Social Housing and Housing First as a solution to eradicate… https://t.co/wGfb8RfG4P