The project was initiated to deal with run-down areas of social housing and the problems arising from high rise blocks in particular. It is carried out in partnership with the private sector and is self-funding through the sale of assets in the form of upgraded properties, vacant land or new brownfield sites (arising from demolition). Its primary aims include the reduction of public housing concentrations, refurbishing homes for sales, reducing the stigma attached to areas with high concentrations of Ministry of Housing dwellings, upgrading and refurbishing the social housing stock and creating a sustainable, revitalised community. Success is indicated by the fact that crime rates are down by 50 per cent and property prices have increased by 12 per cent.

The city of Perth is located close to the south-west coastal tip of Australia. Situated on the Swan River, the city has a total population of 1,300,000 and is the state capital of Western Australia. With hindsight it is now recognised that many mistakes were made in the planning and design of high density public housing estates in the city. In particular, during the 1950s and 1960s a large proportion of Western Australia’s public housing stock was constructed in high density, multi-storey flats, often housing hundreds of public housing tenants in one complex. The design and location of much of this accommodation is completely inappropriate to current needs. High crime rates, a lack of community amenities and extensive vandalism further contributed to a poor quality living environment.

The New Living Program is the first urban renewal program of its kind to take place in Western Australia. Established by the state government’s housing ministry, it involves a neighbourhood-wide approach to urban renewal and redevelopment. A combination of dwelling improvement, demolition, new building and sales to existing tenants has encouraged a mix of tenures and has helped to provide accommodation that is more appropriate to current needs and expectations. The high concentrations of public housing have been reduced as thousands of properties are offered for sale to existing tenants and members of the public. The revenue from these sales is used to provide new rental housing in other neighbourhoods.

As a result of the Program large public housing estates are no longer evident, with public housing properties being a “one-in-nine” mix with private housing. It is now difficult to distinguish between those dwellings in the private sector and those retained as rented properties by the Ministry of Housing.

The Program began in 1995 in the neighbourhoods of Lockridge and Kwinana. At that time, more than half the dwellings in Lockridge were owned by the Ministry of Housing and a third of those in Kwinana. These will be reduced to 12 per cent by the end of the Programs. All of the unpopular three-storey flat complexes have been demolished, involving more than 300 flats and this land has been subdivided into residential lots for private sale. Of the refurbished dwellings half have been sold and the other half have been retained for rental use. The Program has since been extended into another thirteen neighbourhoods.

The Program has sought to extend the opportunities for home ownership and has given hundreds of public housing tenants the opportunity to purchase a home (either their own home or another property). Tenants who do not wish to purchase a property and who agree to relocate to another area as part of the program can choose from properties across the city and it is highly likely that it will have a better amenity value than their current dwelling. To date more than 2,000 tenants have been relocated from multi-storey flats to better appointed and more appropriately designed and located accommodation.

Partnership between state and local government and the private sector is a key element of the approach used. The New Living Program is supervised by the Ministry of Housing’s Landstart Division but the individual projects are managed by private sector organisations, who also provide most of the funding and take the financial risks involved.

The New Living Program is a self-funded program with the revenue generated from the sale of fully refurbished properties and land. The program has involved expenditure of A$307 m (£123 m) generating an income of A$ 447m (£179 m). The surplus funds created are used for the construction of new rental accommodation and local community Programs. It is predominantly funded by the private sector which incurs all project expenditure and is reimbursed by income generated from sales in the project. Private sector funding not only covers the refurbishment of properties but also goes towards the support of community programs. This frees the Ministry from the financial risk and also from the problems of cash flow to fund the Program.

The New Living Program involves a neighbourhood-wide approach to urban renewal. As well as the improvement of the existing infrastructure and dwellings, a range of initiatives have been developed to beautify the living environment. These works, such as traffic management, street-scaping, entry statements, landscaping etc., have led to enormous improvements in the physical appearance of the area. These works are usually undertaken in partnership with the local authority with a view to it retaining responsibility for maintenance after the project is complete.

The New Living Program is not just about bricks and mortar. It is also about improving local amenities and helping build a sense of community identity and pride. It also addresses key community concerns such as law and order, the lack of activities and facilities for young people, high crime levels and a poor community image. Throughout the Program there has been a substantial emphasis on involvement of the local community with a view to developing a sense of ownership and responsibility for the future well-being of their neighbourhood. Local action groups involving residents and ratepayers are established locally and are consulted at all stages of the design and planning process. Regular newsletters and consultation meetings help to keep interest and commitment alive. Community events are organised to encourage local community identity and are well attended. Recent events include carol concerts, cycling competitions, concerts, gardening competitions and a clean-up campaign. The private sector project managers are required to use local trades-people and businesses wherever possible in the redevelopment process in order to help bring business back into the area, helping to revitalise the economy as well as the houses.

The impact of the Program has been extremely positive with crime rates down by up to 43 per cent and property values increasing by as much as 23 per cent in one of the project areas in the last financial year. Surveys of residents show that they feel more positive about their neighbourhood and feel safer, with an overwhelming majority recognising that the changes represent a positive step forward. Clear evidence of the turn around in these neighbourhoods is given by the fact that there are now problems in meeting the high level of demand for housing in areas which, only a few years ago, had a reputation for crime and anti-social behaviour.

Housing Monitor: Monitoring and Advocating the Right to Housing for Vulnerable Communities 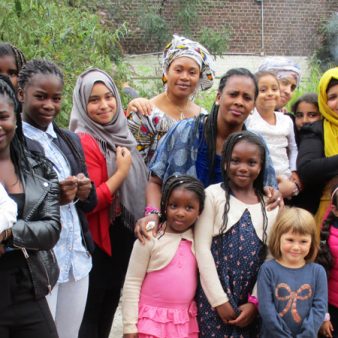