The MEDINA Project involves the participatory urban renewal of historic cities in Yemen, using heritage preservation as a starting point to address the needs of a living community and develop wider urban renewal processes, improvements in housing conditions and local economic development. Historic residential buildings are renovated and restored using locally-available materials and reviving traditional skills and construction techniques. Residents are involved throughout the process and engage with the local authorities in defining recommendations and strategies for the rehabilitation of their cities. Initiated in 2007 under a bilateral agreement between the Yemeni and German governments, the project began with the historic cities of Shibam and Zabid and is now being adapted and transferred to other cities across the country.

The aim of the project is for central and local governments, as well as residents, artisans and small traders to manage the sustainable development of their cities, promote local economies, improve housing conditions and build capacities for the protection of Yemen’s cultural and urban heritage.

Yemen is home to numerous cities and monuments of historical and cultural significance, three of which (Sana’a, Shibam and Zabid) feature on the UNESCO World Heritage List. The country’s heritage represents great socio-cultural and economic potential in terms of strengthening national identity, developing second and third-tier regional cities and ensuring that the cities remain tourist attractions. This potential, however, has yet to be fully acknowledged and exploited. Yemen is also one of the poorest countries in the Arab region, with 42 per cent of the population living on less than US$2 per day and an unemployment rate of approximately 35 per cent. Levels of youth unemployment are particularly high and there are also large gender disparities, with significant gaps in women’s access to economic, social and political opportunities.

Historic cities in Yemen are threatened by urban growth, a lack of coherent management schemes and out-migration of affluent members of the community. No systematic economic development activities are being implemented and many homes and public buildings are poorly maintained and in danger of collapse, leading to severely deteriorated housing conditions for residents. Traditional building skills and practices are being lost and repairs to historic buildings executed incorrectly. The old city of Shibam – known as the ‘Manhattan of the desert’ for its mud brick skyscrapers – has a population of approximately 3,000 inhabitants living in 470 multi-storey buildings. In Zabid, a city of 25,000 inhabitants, 40 per cent of the city’s houses have been replaced by concrete buildings, while quite a number of the remaining houses are in poor condition.

The MEDINA Project involves the participatory urban renewal of historic cities in Yemen. Initiated in 2007 under a bilateral agreement between the Yemeni and German governments, the project began with the historic cities of Shibam and Zabid, with a view to expanding to other cities across the country.

Key elements of the project include:

Whilst heritage in Yemen is largely seen as offering visual interest, it is not perceived as vital for urban development. However, the results of the first phase of the project have already demonstrated the benefits of participatory urban renewal. It improves living conditions, promotes micro enterprises and has a beneficial impact on income and employment in the construction sector. The motor of this rehabilitation project is not the preservation of buildings, despite their international architectural significance, but rather the creation of new economic and social structures that will restore the vitality of the city and encourage the active participation of residents in managing the renewal of their city.

The initiative has been implemented by the German Agency for International Cooperation (GIZ, former GTZ) in partnership with the Organisation for the Preservation of Historic Cities of Yemen (GOPHCY) and a range of other local, national and international partners.

In parallel to the preparation of the Master Plans and Urban Conservation Plans, GIZ has supported GOPHCY in formulating a Historic Cities Preservation Law, to enable authorities to better control building violations and unplanned construction in historic cities.

The first phase of the project ran from 2007 to 2010 (the urban rehabilitation work in Shibam originally began in 2000 under the name of Shibam Urban Development Project) and the project is currently in its second phase, which is due to be completed in June 2012. The key task at this stage is to consolidate, systematise and legalise the processes carried out in Shibam and Zabid, enabling the approach to be extended to other parts of the country.

The total cost for the project is approximately €8 million, of which €2 million has been contributed by the Social Fund for Development of Yemen and the remaining €6 million provided by the German Federal Ministry for Economic Cooperation and Development (BMZ). The budget covers the local economic activities in Shibam and Zabid (35 per cent of the total costs), rehabilitation measures through the housing programme in Shibam and Zabid (50 per cent of costs) and training and capacity building for the local community (craftsmen, associations) and GOPHCY staff (15 per cent of costs). UNESCO has provided technical expertise as well as providing financial support for the activation of the old souk (market). Residents contribute between 40 and 65 per cent of the costs of renovation of their own homes (35-60 per cent subsidy), including labour and contributions in cash or in kind. They are responsible for the maintenance of their homes.

Building materials vary in the different cities according to the environment and climate, but in both Shibam and Zabid local materials have been used in construction. Shibam’s high-rise buildings are made of mud brick and ilb, a local hardwood, with renderings made from mud mixed with local hay and straw, and lime for waterproofing. In Zabid, which is characterised by a hot and humid climate, baked brick (Yajour) and lime are the main traditional building materials. GTZ commissioned a study by the Swiss Resource Centre (Skat) on the optimisation of lime production in Shibam and revitalisation of traditional brick production in Zabid, focussing also on the sustainable use of natural resources for fuelling.

The project has focussed on raising awareness of the importance of preserving open spaces to ensure healthy ventilation as well as preserving the city’s unique structure. Buildings are naturally ventilated and contain passive cooling features, with the extra-thick walls protecting interiors from the intense heat outside and keeping the interiors cool and comfortable. Homes in Zabid are based around open courtyards.

Water used in the indigo tanneries of the city was recycled to mix the clay in Zabid (giving the bricks their slightly bluish hue). In parallel to the MEDINA project, the German Development Bank and SFD have implemented much-needed water and sewage networks as well as underground electricity cables.

In Zabid and Shibam, the programme has created employment for 571 skilled labourers and 1,389 unskilled labourers. Parts of the old souk have been revived, with support provided for small-scale entrepreneurs. The project has provided a strong incentive against exodus from the historic city whilst stimulating private initiative through a well-calculated approach that encourages the community to preserve its own heritage assets.

In addition to receiving technical assistance, interested homeowners who were previously unable to afford to restore their homes were enabled to do so with the funding offered through the project (35 per cent subsidy in the case of Shibam and 50 per cent in Zabid – up to a maximum of 60 per cent in the cases of greatest need). Residents’ contributions can be in cash or in kind, including labour, and the selection of projects to fund is based on need, degree of property damage and location within the city. The release of subsidy payments is correlated to the progress of the restoration work, with consideration for costly items.

Through its integrated, participatory approach, the project has brought together residents, the local business community, social and religious leaders and local authorities, all of whom have been involved in the urban rehabilitation process. Local residents have been actively involved in decision-making, planning, implementation and monitoring of development activities. The Urban Rehabilitation Forum provides a space where community residents and other stakeholders can make their views known and where local officials can establish a dialogue with the community and develop a common understanding on how to solve issues affecting the city and its inhabitants in a transparent manner. A large urban conservation plan exhibition was carried out in Zabid and public discussions were held with key stakeholders.

The project has sought to address existing social inequalities, with women and young people in particular taking part in activities and decision-making processes from which they would normally have been excluded. Their input led to, for example, more public spaces being created where women can go with their families and greater employment opportunities for young people.

Training has been provided to builders and craftsmen in traditional construction techniques and handicrafts and a master builders’ association has been established, where young builders can learn from experienced master builders. Additional courses in accounting, marketing, painting, photography, leather production, sewing, silversmithing, handicrafts and microfinance have been provided to residents, with 268 men and 723 women trained through the programme to date. GIZ and UNESCO have supported the institutional strengthening and capacity building of GOPHCY and local authorities.

Many of the buildings restored through the project had been severely deteriorated and in danger of collapse. The project has not only ensured the preservation of architectural heritage but has also created safer housing conditions for residents.

Regular monitoring is carried out by UNESCO on the World Heritage sites, with the most recent visit made in 2011. One of the responsibilities of the Urban Rehabilitation Forum established in Zabid will be to monitor the results of the urban rehabilitation process and evaluate its impacts.

The management of the housing renovation programme in Shibam and Zabid has been handed over by GIZ to the municipalities as well as GOPHCY, who is now working to consolidate the approaches which it has already used in Shibam and Zabid for the creation of sensitive and participatory urban development concepts. Now in its second phase (2011-2012), it is adapting these for use in other cities. Initial work has begun on the transfer of the approach to the cities of Jiblah, Thula and Hababa, though the process is currently suspended due to the current political situation in Yemen.

Round tables have been established in Jiblah, where, with the participation of all relevant stakeholders, including women, action plans will be prepared for urban renewal measures. Exchanges have also been carried out between various women’s groups in Shibam, Zabid and Ta’iz and exchange visits organised with students, officials and experts in Yemen and Germany.

National bodies, such as GOPHCY and GALSUP, are being integrated more closely into local processes, so that they can develop the capacity to carry out a broader urban development policy. MEDINA is looking to establish a Historic Cities Network, to facilitate the exchange of experience. 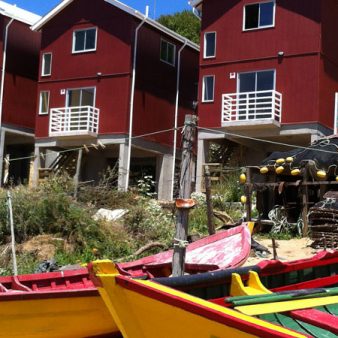