Established in 1970, Puerto Princesa is a new city of 150,000 people in a remote area of the Philippines. Its rich natural resources attracted many migrants to the area who established large coastal squatter settlements and polluted the bays. This project identifies a highly successful and pragmatic approach to dealing with the issue of squatters. A census was carried out in the city to find out where the squatters lived. Strict measures were implemented to prevent further squatting (no building permits were provided and the Anti-Squatting Taskforce prevented any additional construction). Decent low-cost housing was then provided by the municipal city authority. A total of 430 families are covered by this project. Funding is drawn from a variety of municipal, national and charitable funds, the latest of which is the flotation of “Green Bonds” by the city government to construct 800 units of environment friendly “Green Homes”.. Local communities are involved in the campaign against the spread of squatters by monitoring and reporting to the Anti-Squatting Task Force. The communities that need to be relocated choose the place they would like to go to. In some cases the communities have formed a cooperative which is then used as a basis for taking over the construction of the housing units which they would eventually own.

The City of Puerto Princesa 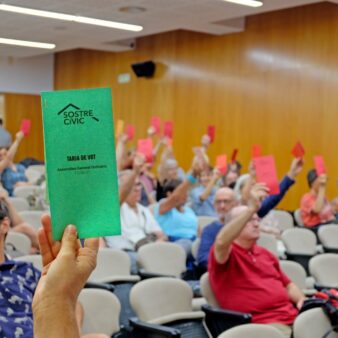