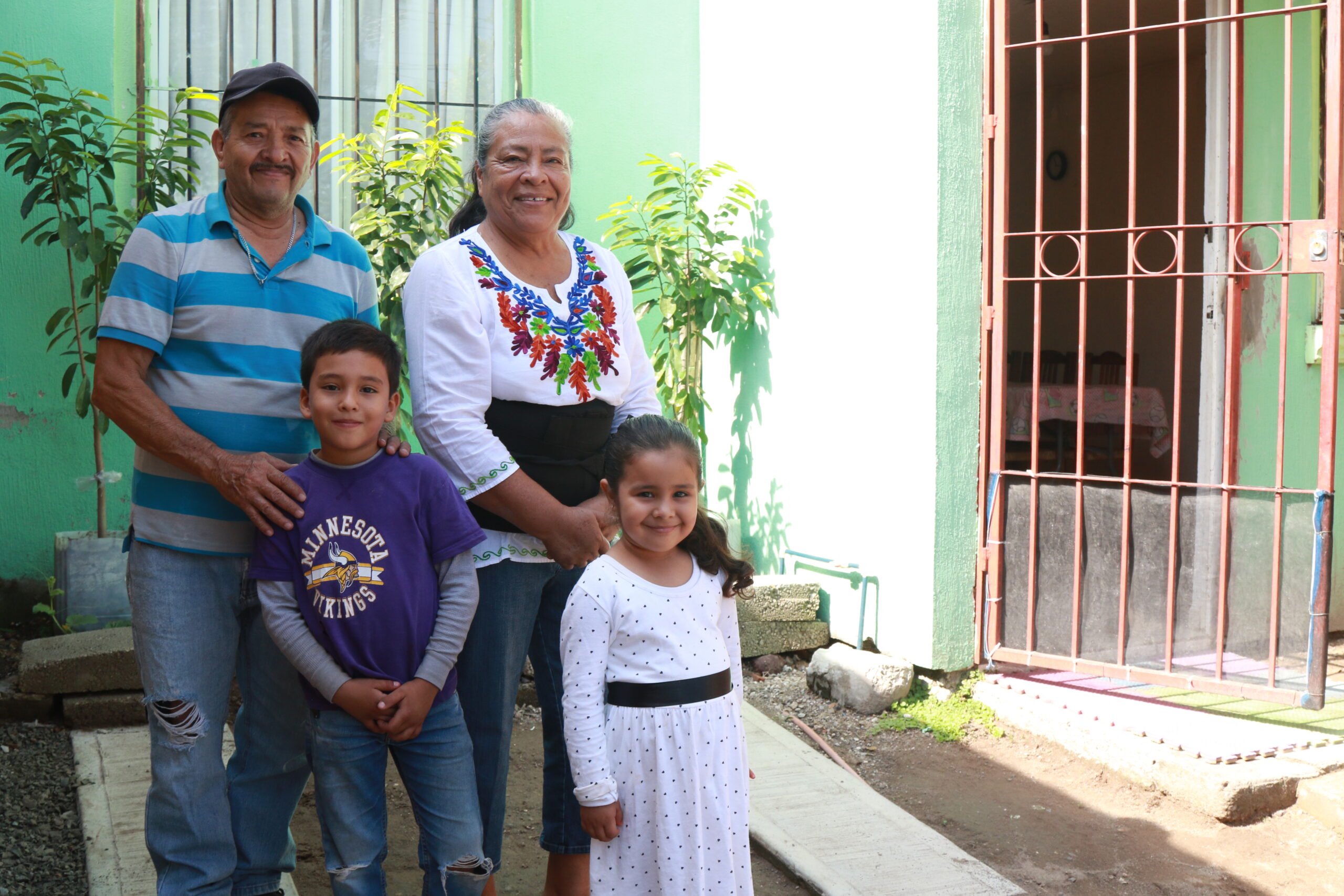 An innovative programme which brings empty homes back into use in Mexico to tackle the country’s housing crisis has won a prestigious Bronze World Habitat Award.

In Mexico, there are millions of homes sitting empty, with many having been built on outskirts of towns where there are no jobs or public transport. This has resulted in homeowners abandoning their houses.

However, in Tlajomulco de Zúñiga, in Jalisco State, the Renta tu Casa (Rent your Home) programme bring some of these homes back into use by leasing them to homeless people, victims of domestic or gender-based violence, the elderly, people with disabilities and migrants.

The programme pays rent up to $3,000 MXN (US$150) per month to the homeowner, while the person who lives there must make a monthly contribution of $350 MXN (US$17), plus five hours of community work.

The programme also renovates abandoned homes in poor condition, paying 50% of the renovation costs and deducting the other 50% from rental instalments to the homeowner. This win-win situation allows owners to get a fixed income through the rents paid by the programme, and to give secure housing to households excluded from the rental market.

One resident who has benefited from Renta tu Casa is MarÍa Silvia and her family. Her grandchildren Dariel, six, and Nicole, four, live with her and husband José Ignacio. Nicole suffers from childhood cancer neuroblastoma and requires special care. The high costs of the medication she needs impacted their economic stability, but when MarÍa heard about Renta tu Casa, she knew the programme would help allocated more money to Nicole’s health.

Since February 2022, the family has been a beneficiary and Renta tu Casa has supported them with a home which gives Dariel and Nicole a safe home to grow up.

In the first three years of the programme, 265 people have been housed in 85 homes and 14 properties were renovated, with the programme continually growing.

The World Habitat Awards, which are organised by World Habitat in partnership with UN-Habitat, are the world’s leading housing awards, which recognises and highlights innovative, outstanding and revolutionary housing ideas, projects and programmes from across the world.