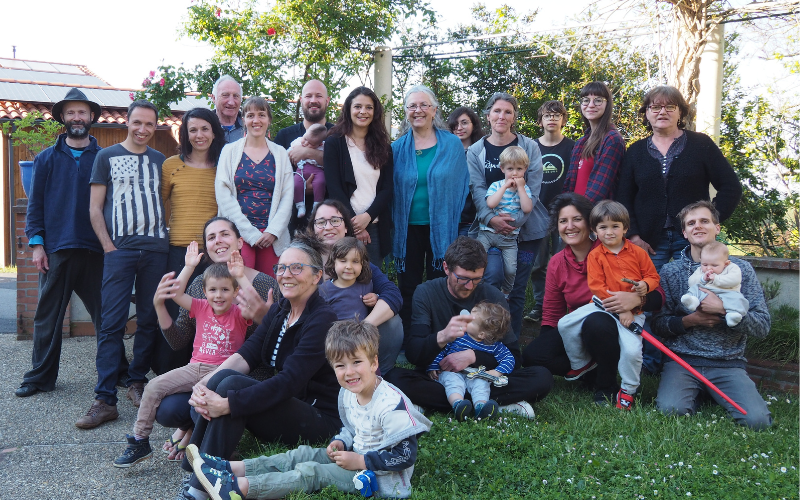 An ecological co-operative housing project in France which is inspiring other rural communities to follow suit has won a prestigious Bronze World Habitat Award.

Mas Coop, which is based in the village of Beaumont-sur-Lèze in Southwest France, is home to 29 people aged from one to 74.

It was founded in 2015 as a result of a housing affordability crisis which left more and more people unable to buy a home and are left with the option of paying high rent prices or joining long waiting lists for social housing.

Today, Mas Coop is made up of 10 new energy-efficient homes. There is also a main building serving as a communal area which features a kitchen, library, swimming pool, workshop and laundry room.

A core aim of the cooperative was to create an affordable, environmentally-friendly community. The building’s bioclimatic design exceeds the environmental requirements, with natural materials used as much as possible during construction. Additionally, each home has individual wood burning stoves and thermal solar panels, reducing the need for heating.

Organic waste is consumed by the residential chickens or composted in the gardens, and residents reduce carbon emissions by using bicycles or carpooling for travel.

And because of the community nature of the project, strong bonds have been formed among the residents who rally around to help each other. For example, one person takes all the children to school, while another picks up groceries for all the residents.

One resident who lives at Mas Coop, Michèle, moved there aged 62. She said: “I live there in a healthy place, as ecological as possible, simple but comfortable, with beautiful green spaces and access to such a place which would have been inaccessible individually – at my age, bank loans are very limited!”

David Ireland, Chief Executive of World Habitat, said: “Mas Coop demonstrates that it is possible for homes to achieve net zero emissions and also be affordable. The project is a pioneer in rural co-operative housing in France and sets an example of high-quality community-led housing that sits comfortably in its rural setting.”