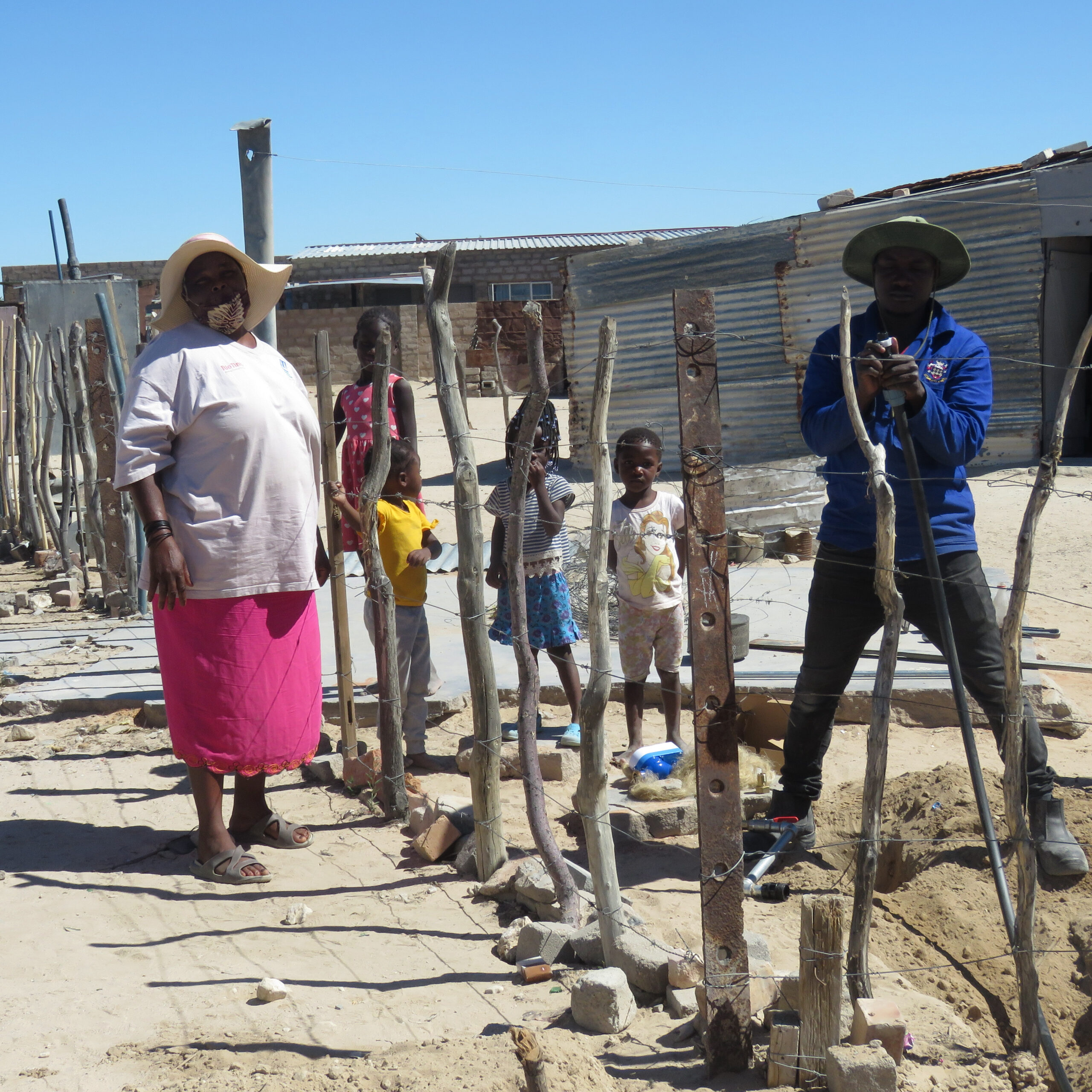 An innovative project which aims to tackle an urgent housing crisis in Namibia has won a prestigious Bronze World Habitat Award.

The Namibia Housing Action Group and the Shack Dwellers Federation of Namibia has won the award thanks to its work to help communities in the country – where the majority of the country’s urban population live in informal settlements with little or no access to basic services and no land rights.

The organisation works with people to formalise land ownership, meet infrastructure needs and access funds to upgrade homes or build new ones.

The award-winning Community-Driven Housing and Informal Settlement Upgrading scheme, which is run by Namibia Housing Action Group and the Shack Dwellers Federation of Namibia, is based on partnerships with the government and municipal authorities.

Following Namibia gaining independence in 1990, the country experienced massive migration from rural to urban areas, where a lack of housing and infrastructure development led to the rapid unplanned growth across its major towns and cities.

A total of 89% of Namibians do not qualify for conventional home loans and cannot access commercial housing. As a result, 12,000 new informal homes are built each year.

However, the task of formalising and upgrading these settlements is huge in scale and too big for the government to tackle alone.

Since its inception in 2013, the scheme has been applied in 20 urban centres and 31 informal settlements, in 10 of Namibia’s 14 regions, making it one of the largest projects of its kind in the country.

In total, 3,873 homes have already been built or improved with water and sanitation services during the last 10 years, directly benefiting 25,000 people.

As part of the project, a survey of the settlement, which looks into where roads, communal areas and water and sanitation facilities could be placed, is carried out – and from this, a settlement plan is drawn up and submitted to the local authority for approval.

This can include using the Flexible Land Tenure Act 2012 to provide security of tenure to people living in informal settlements.

The Namibia Housing Action Group set up a community development fund which provides loans to members of the Shack Dwellers Federation of Namibia’s savings groups for land acquisition, servicing of land, house upgrading and construction. The fund receives contributions from government, the private sector, external funders and savings group members.

The ongoing project plans to expand further within the country by upgrading 34,000 homes in the next three years.

Robson Mazambani, 29, is a member of the Shack Dwellers Federation of Namibia. He learned about the Federation after moving to the urban area of Gobabis. He started attending community meetings where other residents talked about how to upgrade their informal settlements and ultimately improve living conditions.

He said: “When I joined, I was a shy person I wouldn’t talk much in meetings, but through regular interactions with community members and the council, I got exposed to so many different ideas and people. I now share my knowledge with communities who are involved or are planning to upgrade their informal settlement. Now I can do a presentation in front of the community and convince them why it is important for us, community members, to participate in our own development.

“It is not only important for us but for everyone because the housing crisis in Namibia should be everyone’s concern.  My knowledge and willingness to learn brought me where I am today and I’m a proud owner of a brick house. I moved out of a shack and now living in a formal house with my family.”

David Ireland, Chief Executive of World Habitat, said: “This project is successfully responding to the urgent need to address the informal settlement crisis in Namibia. With the revolving fund, the project has developed a sustainable and scalable model that relives the burden and expense on public authorities which do not have the capacity to tackle the issue alone.

“Too many communities have experienced slum upgrading in a top-down approach, so it’s fantastic to see people in the Community-Driven Housing and Informal Settlement Upgrading project in Namibia have taken control of the system themselves. They carried out their own planning, borrowed their own money and transformed their neighbourhoods themselves.”