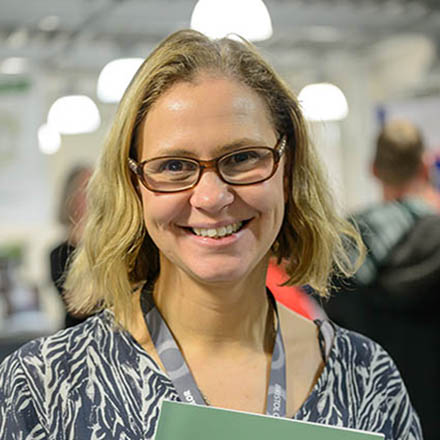 Southmead Development Trust, through extensive engagement with residents, is leading a plan for community-led regeneration of part of Southmead, a suburb of Bristol in England. Aiming to breathe new life into the area, this includes the redevelopment of Glencoyne Square at the heart of Southmead’s centre, offering much-needed homes and business space and creating a bustling, vibrant focal point for local residents.

A highly active charity with local trustees serving a community of roughly 12,750 people, Southmead Development Trust manages the Greenway Centre and the Southmead Youth Centre. The Greenway Centre is a thriving community hub for healthy living, social enterprise and community activities, and is at the heart of the local area. But Alex Kittow, the Trust’s Chief Executive, is now coordinating The Southmead Community Plan to more permanently change the face of the neighbourhood for the better, with close resident consultation and engagement defining how the plans are created, shaped and delivered.

“About three and half years ago we surveyed residents, asking them what they thought about Southmead and how they’d like things to be developed over the next ten years, which laid the foundation for our Community Plan”, said Alex. “Two particular themes that came out of this were the need to regenerate the town centre, which had become a bit run down and stark, and the need for more appropriate and affordable housing.”

Southmead has many three- and four-bedroomed houses ideal for families, but a shortage of those appropriate for younger people who want to move out of the family home and stay in the community, or for older people wishing to downsize. As an underused piece of land on Glencoyne Square in the centre of Southmead is owned by Bristol City Council, in response to the resident survey the Trust spotted an opportunity to do something to regenerate the area. At the same time, the Trust was looking for alternative sources of income to sustain its voluntary community activities, which were being cut due to lack of funding.

With the Trust’s Board of 15 trustees, two local councillors and a number of local residents overseeing the work, a 10-strong Southmead Town Centre Working Group was created to manage the plan, working alongside the BS10 Parks and Planning Group. The Group are also investigating funding opportunities with Bristol and Bath Regional Capital, a local initiative supported by the universities, the Council and the voluntary sector, that facilitates access to local social finance.

For the development of Glencoyne Square, Southmead Development Trust hope to acquire the land at a nominal, peppercorn rent rate from the council and aim to have a pre-planning application by summer 2017, with a view to full planning by the end of the year. A development of 200 homes over a number of phases over the next ten years is proposed, with the intention for further development later. Of the homes created, potentially 50 would be sold and 100 rented on the open market, with a further 50 being offered for genuinely affordable rent. Alex Kittow explains, “We want to be an ethical landlord offering security of tenure, a local lettings policy, and linking the rent to average salary or, for the genuinely affordable homes, perhaps set a percentage of residents’ income that would go on living costs including rent, gas and electricity.”

Trenna Blundell, a local resident and Southmead trustee, has four children and has lived in the area for 13 years. She was involved with the local survey that shaped the Southmead Community Plan. “This will be a long-overdue rejuvenation of the town centre, providing a wider range of housing that local people can move to meaning they can stay in the neighbourhood they love, where there’s such a great community spirit. It will be a real benefit and will help to ensure families don’t become fragmented. I’m passionate about communities taking control over what goes on in their local area, and so to have an opportunity to be part of something community-led here really excites me, we can get it right and build what’s actually needed by people.”

In addition to providing much needed local housing, the group want to create new business units in the town centre to help increase shopping footfall and boost the local economy. Also integral to the plan is the ability for the Trust to deliver wider community benefits through other crucial activities. “With the profit from the open-market rentals we project we could employ eight full-time staff and potentially, depending on the priorities set by the residents and trustees, possibly including four full-time youth workers to continue the work we’ve lost through lack of funding”, says Alex. “It could also be that we tackle the social isolation of local people of all ages, using the income to fund coordinators and mentors, and some money could be used to operate the community adventure playground, The Ranch, a really important facility that the council is ceasing to support.”

Rev. Tanya Lord, the vicar at St Stephens Church, Southmead, overlooking Glencoyne Square, says, “It’s a really exciting time for Southmead. I love the idea of more housing and shops, it’s needed here. To make the square more friendly with new facilities around it and a park in the middle would be much more interesting and attractive for local people. It could be a place where they feel safe and have a sense of ownership, encouraging use for community activities.”

Helen Godwin, Labour Councillor for Southmead, said “We’re lucky that here we have a really strong community network of people who want to improve Southmead. There are lots of older people living locally who don’t want to go into residential homes but need somewhere smaller in the local area to move to. We’ve also got lots of families who want to be here to be closer to other family members, but there’s a block in the system with no suitable housing available. This is a great opportunity to revitalise the town centre which will benefit everybody.”

A resident-led approach was crucial to the plan, says Alex: “Local community-led housing is really important. The Trust exists to serve the needs of the local people. We’re looking to provide appropriate housing for Southmead residents, want to create something that will fit in naturally with what’s already here, and local people often know what will and won’t work for their community. Ownership of a development driven by residents’ input and ideas means people will use it, support it, value it and protect it, helping it to be financially sustainable and safe for current and future generations. That it will also financially enable other community support work will enhance that feeling of ownership.”

Mike Murch, 80, a lifelong Southmead resident and secretary of the BS10 Parks and Planning Group, the planning and transport arm of the plan, is also hugely enthusiastic. “We’re really excited about what will be a brilliant development for Southmead. It will be something that can be held up in the region and nationally as an example of what can be achieved when the community gets together. Southmead has historically been seen as a less fortunate place, but this will change the face of the neighbourhood, making it a more well-known and well-respected place that more people will want to live in.”

“At the moment land, assets and community asset transfer for development present a real opportunity”, says Alex Kittow. “To anyone looking to get involved with community-led development I’d say get involved, go for it and be an optimist. Have enthusiasm and a can-do attitude. We can make the world a better place, we can make our communities a better place.”