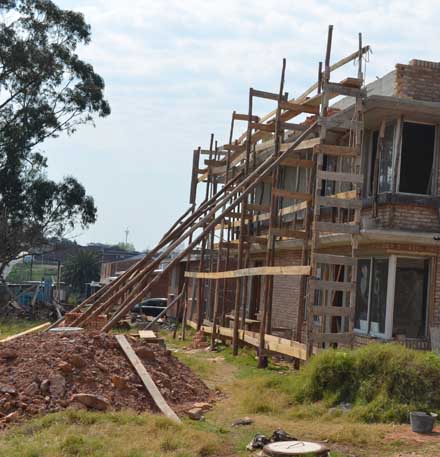 “Community-led housing is too often perceived as ‘niche’; a marginal form of tenure for an eccentric minority. But I think we’ve lost perspective. Across the world community-led housing arguably accounts for the majority of new housebuilding. Are there lessons here for the UK? Yes.”

That’s the main message from David Ireland as he prepares to speak in Parliament on Tuesday 26 January in relation to the launch of a new report from the Smith Institute.

David will go on to summarise how community-led housing has worked in the UK and globally:
“Until the mid-19th century most housebuilding in the UK was what we would now call community-led. Houses were built individually or in small groups, by and for, the people who ended up living in them. In the 1920-40s there was an almost forgotten community-led new towns movement. Thousands of plotland houses were built by communities, creating places like, Basildon Peacehaven and Canvey Island.

One of the most startling phenomenon’s of our time is the world’s rapid urbanisation. Nothing like it has happened ever happened before. Cities like Dhaka, Kinshasa and Lagos are forty times bigger than they were in the 1950s. Where do all the new people live? There is no Nigerian or Bangladeshi equivalent of Barret Homes or Places for People. The new urban population in the developing world has largely housed itself. Not always well, and not always with the landowners permission. But upgrading and rebuilding programmes such as the Asian Coalition for Community Action (ACCA), SDI, and REALL are helping to change that for the better and create housing coops, community land trusts and the forms of tenure that we recognise as community-led housing.

In the UK the population is rising. Policies designed to help, do not look likely to cope. ‘Starter homes’ for new buyers will still be unaffordable in more than 58 per cent of local authorities. The market does not look able to provide housing to meet everyone’s needs. With a perspective across the world and across time community-led housing looks less and less niche and more and more like the norm. It’s the UK’s developer led housing model that begins to look like the exception.”

BSHF is working to join the dots and bring people together to address many of the recommendations in the Smith Institute report. Through a 2 year project, funded by the Nationwide Foundation, to promote community-led housing and support greater collaboration across the movement. Aiming to:

BSHF welcomes this report and congratulates the authors on their timely intervention to help create the range of housing the UK needs – the UK needs community led housing. Community-led housing can address local skills gaps; tackle cultural and social barriers; nurture the local economy; reduce friction and confrontation in the planning process; and much more.