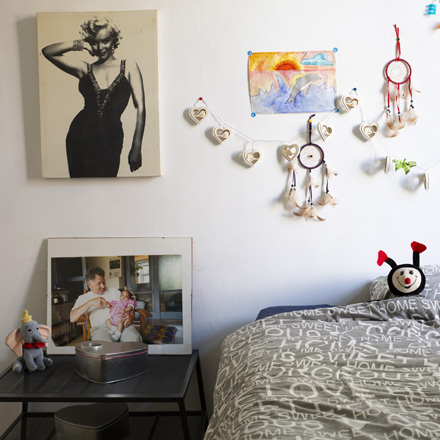 An influential project which has developed and enhanced the Housing First approach to create an innovative, adaptive programme that puts clients in complete control has today been named a Silver Award Winner in this year’s World Habitat Awards.

Discus Housing First provides clients with a safe and secure home first, allowing them to make fundamental decisions, such as the home’s location and the type of support they receive. Clients also choose their caseworker to create a unique – but voluntary – support programme that evolves with their changing needs.

Since April 2006, Discus has successfully housed more than 600 people using this highly-tailored approach to social work. The method has also been implemented in dozens of other Dutch and European cities, helping to transform the way homelessness is tackled across the Netherlands and beyond.

Tineke, a Discus resident, said: “I had to deal with psychiatric problems – I had many emotions from being very happy to very sad. I also had many issues with my ADD (Attention Deficit Disorder) and I didn’t function properly. I realised I had lost my friends, I became homeless and felt extremely lonely.

“I remember when I received the key to my home with Discus Housing First. It was a great feeling to have a home but for sure, one of the best things is the support. What helps against loneliness is very simple: contact with people. At Discus, for example, they have organised solitude meetings where you meet people who you can have a chat with. What also helps are outings, just fun things with other people. If you come from the street, or from the shelter, and you get a house, then you suddenly sit alone on the couch. That is why it is good that attention has been paid to the subject of loneliness. Your own home gives you the necessary peace and the strength to work on what matters in life.”

David Ireland, Chief Executive of World Habitat, said: “This project is one of the pioneers of Housing First in Europe. They have developed an approach that focuses on people’s strengths and what they can achieve, rather than their weaknesses. This is having an evolutionary impact, influencing not only policy in the Netherlands but across Europe as well.”

The World Habitat Awards judging panel said: “Their ‘buddy system’ of matching clients with support workers and customisation of support provided is extremely innovative, and they have achieved impressive rates of maintained tenancies. They are changing the perception that ‘homelessness is hopelessness’ by introducing ethical values to their work – something which can be lacking when we see homeless people on the street.”